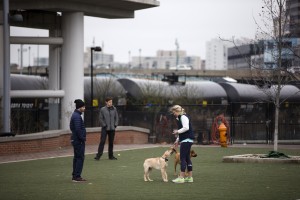 At the beginning of the shale fracking boom, oil produced in remote places like North Dakota made its way to market on trains. Many oil tank cars traveled through Pennsylvania to East Coast refiners, including ones in Philadelphia. More than 70 such trains crossed the state each week during the height of the the oil boom.

North Dakota’s oil industry shipped crude by rail because the state lacked pipelines to carry oil out of state. That has changed, particularly now that the Dakota Access Pipeline has come online. The state now ships most of its oil by pipeline, which is generally considered the cheapest way to transport oil. As a result, Pennsylvania sees fewer oil trains today than in years past.

Although pipelines pose spill and safety risks, oil trains have drawn widespread criticism after crashes because those accidents can result in fiery — and deadly — explosions. The deadliest took place in 2013 when a train carrying Bakken crude crashed in a rural Quebec town, killing 47 people. Several oil train derailments have happened in Pennsylvania, including in densely populated Philadelphia; however, none resulted in a fire.

Crashes like those have led to heightened scrutiny of oil trains at all levels of government. While the federal government has imposed stricter rules on tank cars, Pennsylvania has worked with railroads to get real-time information about hazardous shipments moving through the state.