President Obama’s latest effort to stem climate change includes new rules to reduce methane emissions from the oil and gas industry. The administration cut methane leaks from this sector by 40 to 45 percent by the year 2025. Methane is the second most common greenhouse gas emitted in the U.S., accounting for 10 percent of the country’s contribution of climate-altering gases. It’s a potent greenhouse gas 25 times more powerful than carbon dioxide, according to the EPA.

StateImpact Pennsylvania and Allegheny Front reporter Reid Frazier spoke with WITF’s Scott LaMar about the impact of the new regulations on Pennsylvania’s oil and gas industry and environment.

The oil and gas industry has panned the new regulations, calling them costly and unnecessary. The industry says it has already reduced its methane emissions 15 percent since 1990, even as gas production has climbed. Natural gas drillers like Cabot Oil and Gas, the state’s second biggest gas producer, say the construction of more pipelines into drilling areas has allowed them to greatly reduce their methane emissions.

But environmentalists say those gains are tied to the industry’s compliance with EPA’s 2012 regulations designed to reduce air pollution from drilling for natural gas. Oil production was not included in the 2012 rules, and those emissions have increased in recent years. (The EPA’s latest methane rules add controls to oil wells.) 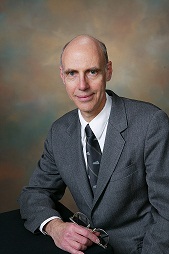 LaMar also spoke with University of Delaware railroad expert Allan Zarembski, who was tapped by Gov. Tom Wolf to study how to make oil trains safer in Pennsylvania. Zarembski offered 27 suggestions for improving oil train safety across Pennsylvania, which has seen an increase in crude by rail traffic. Most of those trains are shipping volatile Bakken crude from North Dakota to Philadelphia area refineries.

Zarembski told Lamar, “the safety record of the railways is actually quite good” but that crude oil accidents, like fiery explosions in Lac Megantic, Quebec and Casselton, N.D. have increased because of a boom in the number of rail cars carrying crude. “Is there room to improve? There’s always room to improve,” Zarembski said.

Zarembski said more track inspections, better safety controls for trains, and increased safety features on rail cars would make oil trains safer. He also advocates lowering speeds of oil trains in cities from 40 to 35 miles per hour. Why? He says that would lower the probability of a rupture of an oil train in the event of a derailment.

“If the train derails and the tank car maintains its integrity, then nothing happens in terms of a catastrophic event,” Zarembski said. “Even the modest decrease from 40 (mph) to 35 has an effect. Like everything else we have to be careful of, we have to have a trade off between reducing risk, which we want to do, and basically clogging up the network so that nothing happens because we can’t run trains anymore.”