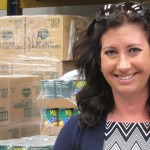 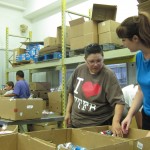 Workers check to make sure the food is not expired. 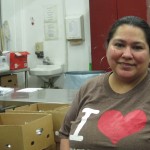 Sonia Perez is an employee of the West Texas Food Bank. 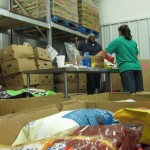 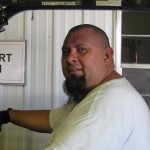 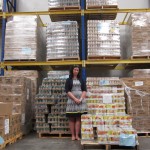 The Permian Basin oil boom has brought jobs and wealth to West Texas, but it’s also brought something less expected: hunger. During a recent trip to Odessa, StateImpact Texas’s Mose Buchele sat down with Libby Campbell, director of the West Texas Food Bank, to learn how, as she puts it, “not all tides raise all ships.”

1) Increased Property Values. With people moving to the Permian Basin from all over the country, property values have skyrocketed. You often hear stories of rents doubling when the time comes for a tenant to re-sign a lease. That’s put a strain on budgets and led to more hunger in the region.

“Maybe their rent was six or eight hundred dollars three or four years ago, it’s currently twelve or fifteen hundred dollars,” says Campbell. “You’ve kind of already busted your budget before you even get to the point that you’re purchasing food.”

2) Not Everyone Can Work in the Oilfields. The increased cost of living has been disastrous for those who can’t secure high paying oilfield jobs. Campbell says elderly retirees and single parents are especially hard hit.

3) People Are Showing up Broke. Campbell says a lot of people come to the food bank from out of town “who say ‘we’re here (…) we got a job, but now we’re living in an apartment, or living in a hotel, or we’re living out of our car. And we haven’t received our first paycheck yet, and we need an emergency box to get us through.'”

Campbell says those newcomers often return to the food bank, not to get more food but “to volunteer or write a check” once they’ve gotten on their feet.