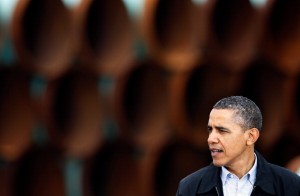 That project – what would have been the southern leg of Keystone XL – was fast-tracked by the Obama administration at the urging of industry back in 2012. Thure Cannon, the head of the Texas Pipeline Association, says that worked out well for Texas producers and refiners.

“The Golf Coast leg of the pipeline is beneficial because that removes – it helps remove the bottleneck that’s already in Cushing, and that’s good for Texas producers,” said Cannon. 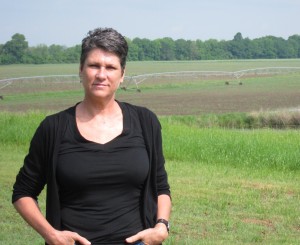 Julia Trigg Crawford has several hundred acres of land in northeast Texas. She lost her challenge to the Keystone XL pipeline.

The fact that plenty of oil is running through the southern half of the pipeline has many oil analysts agreeing with the president, when he said the Keystone decision was not make or break for the industry.

“Those refineries will still run. It’s just an issue of what’s the crude stream they’re going to be pushing through. And it’s going to be, you know, a heavy variety. It’s just going to be from a different location,” says Ken Medlock, the director of the Center for Energy Studies at Rice University in Houston.

The rejection of the northern part of the pipeline may slow mining of carbon intense tar sands oil, helping in the fight against climate change, but Medlock expects more Canadian crude will find its way to the Texas Gulf eventually. He says wait for global oil prices to start creeping up again.