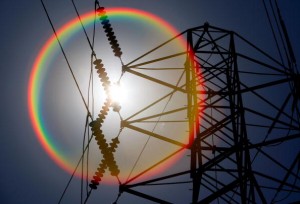 Sinn told us that he — and others involved in selling electricity — collectively made those millions of dollars in just one day this May. It was a day when the price of electricity in Texas skyrocketed.

It shot up because the computers — run by a quasi-state agency, the Electric Reliability Council of Texas (ERCOT) — priced-in a shortage of electricity coming out of West Texas. The shortage was because massive transmission lines were going to be out-of-service: less electricity to meet the demand, prices go up.

Donna Nelson, chairperson of the Texas PUC, moved the commission a step closer today to a capacity market.

There was just one problem. There never was a problem getting electricity out of West Texas. It was all a mistake caused by incorrect information provided to ERCOT by a utility company that maintains power lines in West Texas. The price should never have gone up.

Since our first story in June, we’ve been questioning regulators and industry insiders for an explanation as to what happened and how electricity consumers can be reimbursed. We found that it was an honest mistake — that doesn’t appear to be disputed by anyone involved. But what to do about it is where it gets interesting.

“I worked for the Midwest equivalent of ERCOT. This would have been my responsibility,” said Ron McNamara, an economist and consultant now living in Sugar Land.

McNamara used to manage the electricity market for 15 Midwestern states.

“If it happened there, we actually put in place an interim solution,” Sinn said; a solution to correct pricing when data mistakes happen.

“I talk to people in other markets and there was a general feeling that something of this magnitude should be, if not re-done, seriously looked at as to what happened and make sure it doesn’t happen again,” said Sinn.

But hold on, who’s suggesting that it shouldn’t be re-done or corrected?

“We don’t have procedures in place for changing those prices,” said Robbie Searcy, a spokesperson for ERCOT.

Back in June she explained that ERCOT’s rules don’t require it to re-price this kind of mistake. Or in other words, ERCOT will not lower prices for a while so that electricity-generation companies, in essence, give back the so-called fake-profits.

After we first reported on this, a Houston Chronicle columnist wrote about our story. Then, a website that covers the Texas electricity industry did the same. But when Texas utility regulators were on a conference call with reporters last week, we couldn’t learn much about where they stood on the issue of the big mistake.

“I’m not really sure what you’re saying. So let’s talk after the call,” said Donna Nelson, chairman of the Public Utility Commission of Texas.

We never got a chance to talk after the call. Our follow-up email to her office went unanswered as had an email weeks earlier. But the Commission’s spokesperson did respond, writing to us that the Commission’s enforcement division is investigating the mistake, but hadn’t reported to the commissioner yet, so he said it would be inappropriate for her to comment.

For one thing, experts on energy markets say even honest mistakes can drive up the cost of electricity for consumers. And if not corrected, to not “re-price” the market after a mistake could send a signal to unscrupulous operators who might want to manipulate the market by “creating” mistakes and then profiting from them.

Former market manager McNamara told us he’d be concerned if the Public Utility Commission chooses not to take action.

“I’m wondering, gee, who’s looking out for me as a consumer, am I paying the right price? If I’m a business and I’m thinking of locating in Texas, do I have to worry, gee I’m paying too much for my electricity bill?”