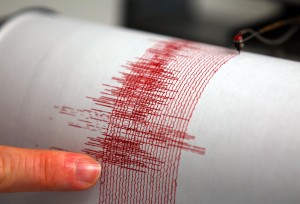 “I feel appalled. It’s a slap in the face to every citizen of Texas, every citizen in the United States,” says Reno Mayor Lynda Stokes.

Reno was rattled by the string of earthquakes, and Stokes says says she thinks the Railroad Commission is not doing its job.

“It’s on the side of industry,” she says. “It’s not there to regulate the industry, it’s there to promote the industry. It’s actually there for both, and that’s kind of like the fox watching the henhouse.” 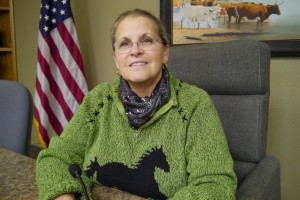 Lynda Stokes is the mayor of Reno in Parker County, where dozens of medium-sized earthquakes have been recorded in an area that used to be quake-free.

The Railroad Commission has a staff seismologist, but he did not participate in the hearing.

In an email, a Southern Methodist University spokesperson wrote that the SMU seismology team stands by their peer-reviewed study.

Parties in the hearing have a couple weeks to object to the agency’s findings, but the only parties were XTO and the Railroad Commission itself.

The commission still needs to take final action on the case in a public meeting. Below, you can read the agency’s full order.

UPDATE: An original version of this story included Mayor Stokes’ assertion that she had not been invited to the hearing. Upon reviewing her records she says she was notified, but believed the date of the meeting had been changed.