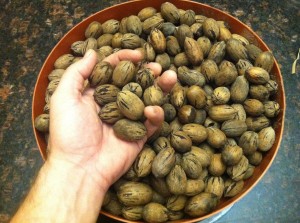 The order allows pecan distributors to pool their money and fund large-scale research and marketing campaigns. Other commodities — like beef, pork, avocados, almonds, walnuts and pistachios — have been doing it for decades, says Texas pecan farmer Mike Adams.

Adams is also president of the American pecan board. He thinks this will increase demand for the nut and get new pecan products out on the market. So watch out, almonds.

Adams thinks the growth of the industry would help the economy here in Texas. Of course, increased demand and the cost of marketing and research could drive prices up for consumers.