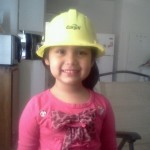 Generations of Plainview residents worked at the plant. Aubrey Rivera, Aliva’s daughter, told her her mom she wanted to work there when she grew up. 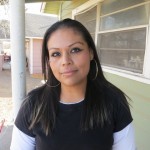 Criselda Avila lost her job at the Cargill Beef Processing Plant in Plainview. Now she’s unsure what she’ll do and what will happen to the Southern Plains town she calls home. 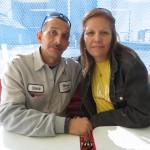 Jose Amaya and his wife Zuzema have relatives who have already moved away. 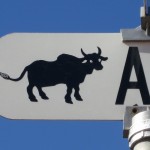 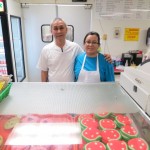 Ruben and Riene Olivas worry what will happen to their business now that the plant has closed. 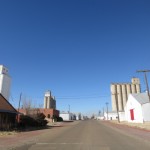 The streets of Plainview. 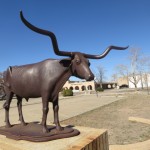 Statues of cattle can be found throughout town. A nod to the local importance of the industry. 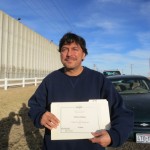 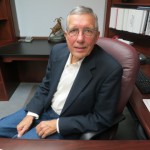 As Mayor Wendell Dunlap plans for the city’s recovery, “your prayers are appreciated,” he said. 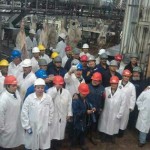 A group picture taken the day the last cow came through the Cargill Plant. 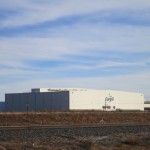 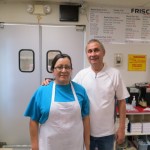 Irene and Ruben Olivas say the ripple effect of the plant closure threatens the bakery where they work.

By the time the cows arrived at Criselda Avila’s work station at the Cargill Excel Beef Processing Plant in Plainview, they had already been slaughtered, skinned and gutted. The carcasses came in hanging from a long chain that ran over the plant floor. They were divided up and divided again. Avila worked on skirt steaks.

“You gotta spread it open and then cut the little skirt off, and then throw that on the table and then peeling and just trimming the fat off is what it was,” she remembered recently, sitting in her living room. “You know, fajitas.”

It was numbingly repetitive work. More than 4,500 cows went through the plant every day. So when Avila was done with one, there was always another behind it. Then, on the last day of January, she saw something she never expected to see. A group picture taken the day the last cow came through the Cargill Plant.

“There were the last few cows, then the last cow was coming down the chain, and people there were just banging our hooks,” she said. “People started crying, like ‘oh my god this is the end of it.’”

That was how the city of Plainview lost over 2,000 jobs. After years of drought, the U.S. cattle herd is at its lowest level since 1952. Cargill Meat Solutions, the company that owns the plant, says there are simply not enough cows in existence to keep the plant running. For years ranchers across Texas have been cutting back their herds in response to the historically dry weather, but this is the first time those cuts have reached up the supply chain, to hit the industrial heart of a Texas city.  The plant closure could have wide sweeping ramifications across the region.

Avila is 27 years old, but could pass for even younger. She favors dark eye makeup and sports a fashionable lip piercing. A single mother of three, she never graduated from high school but assumed she could keep her job at Cargill for as long as she wanted. Now, like many of the people who worked at the plant, she doubts she’ll find another job that pays as well as work there did.

She’s considering going back to school for a career in healthcare. And, like a lot of people in Plainview, she’s imagining scenarios in which the plant could reopen.

“Let me win the lottery, I’ll go open it!” she says with a laugh.

But, lottery or not, a reopening is an unlikely scenario.

The Backbone of a Community

There may be fewer cows in the country’s ranches, but there are still plenty of reminders of them on the streets of Plainview. Downtown, just a few blocks from Avila’s house, pictures of cows adorn the street signs. Statues of cattle are everywhere. They’re carved in wood, cast in metal, but mostly pressed in fiberglass as part of a decade-old project to promote tourism. The plant is part of what gave the city its identity.  Now, in the domino logic of factory closures around the world, no work at the plant means less business everywhere else.

“We’re already starting to see the difference,” Irene Olivas said, taking a break from closing up for the night at the Frisco Bakery and Panaderia.  “We’re very slow. We see the sales, and as far as cutting the meat that we need for the week, it’s been going down.” Irene and Ruben Olivas say the ripple effect of the plant closure threatens the bakery where they work.

Tucked behind a grain elevator on the east side of town, the Frisco has served up pastries and steaming plates of Mexican food for more than 50 years. The Hispanic population the restaurant caters to is now the largest single demographic in this town of 22,000. But that won’t inoculate it from the effects of the plant closure.

Another business, a cleaning company that relied on contracts at the Cargill plant, has already laid off its workforce of 125 people. And as more and more businesses suffer, Irene’s husband Ruben thinks a lot of people will be moving on. In fact, he says it’s already started.

“Now that people are leaving here,” he says, “you’re going to see a lot of houses for rent. Instead of a growing Plainview it’s going to be a Ghost Plainview,” Ruben, who himself immigrated to Plainview from Mexico, told me in his native Spanish.

This wasn’t the first time someone used the term “ghost town” referring to what could happen to Plainview. I heard it the next morning from Jose Ricardo Amaya back at the Frisco. His daughter worked at the plant, and the construction firm he’s with will also lose millions in business. Jose Amaya and his wife Zuzema have relatives who have already moved away.

“Ghost town,” he said, was more than a just figure of speech.

“A lot of the people, it’s going to hurt them. And to relocate somewhere else where they can find a life again, they have to sell what they have,” he said.

“That’s, unfortunately, a not uncommon experience for the Great Plains of the United States,” said Steve Murdock, who I spoke with by phone from his office in Houston.

Murdock used to direct the U.S. Census Bureau; he was also the Texas demographer. Now he runs the Hobby Center for the Study of Texas at Rice University.  Much of Texas has seen a population boom in recent years, but many counties in the Plains regions have consistently lost people.

Murdock, who himself grew up in the High Plains of the Texas Panhandle, says it’s a trend that started years ago, as fewer and fewer people were needed for farming.

“Not to get to personal, but a community that, when I was growing up, had about 1,500 people, I recently found out that it now has about 300 people,” said Murdock. “Now that’s 30 years, but still, that community now is I think concerned about its long-term viability.”

Now the drought could be speeding up a process that’s being going on for decades.

In Friona, Texas, about 80 miles from Plainview, the people fear they could lose their Cargill beef processing plant as well.

“We can’t survive if we don’t have these kinds of businesses to support our community. We don’t have the tax base,” William Stovell, president of the Friona Economic Development Board, told the Senate Natural Resources Committee this week.

Stovell said that the plant in Friona had enacted water conservation measures in the face of the drought, cutting usage from 600 gallons to just over 400 per head of cattle. But the town needs state money if it is going to continue conservation efforts to keep its industry.

“Nobody is willing to let this community die,” Plainview Mayor Wendel Dunlap told me recently in his City Hall office. As Mayor Wendell Dunlap plans for the city's recovery, "your prayers are appreciated," he said.

Before the announcement that the plant would close, Dunlap said he had thought about what would happen if the city lost one of its major companies.

“But it was so massive that I don’t think I allowed myself to even think about it that much,” he said.

He is now weighing the options for a city with a seriously reduced tax revenue, without the Cargill Plant.

“It’s hard to cut enough to make up for all of these losses,” he said. He said the city will likely need to “either cut back on employees or cut back on where we spend our money. And then to offset that, more than likely, some tax rates are going to have to go up.”

In the longer term, Dunlap is working on plans for Plainview’s recovery. That could include opening a technology training center at a local junior college, or attracting new businesses. Located more or less in between the larger cities of Lubbock and Amarillo, the mayor thinks Plainview may also have a future as a residential community for commuters.

Whatever the solution, Dunlap says the town will have to broaden its business base. If the town wasn’t so dependent on any one industry, it wouldn’t be subject to the boom and bust cycles that have wreaked havoc on so many Texas towns.

When it comes to strategies for the region’s survival, Demographer Steve Murdock points out that the Plains of Texas are doing better than their agrarian neighbors.

“If you take Amarillo and Lubbock and those areas, they have, relative to other parts of the Great Plains, done quite well in retaining population,” he said.

Some of that has to do with the Ogallala Aquifer. The water source that has supplied dependable irrigation to much of the region’s agriculture is now itself threatened by drought and overuse. But there are other industries in the region, if not always in Plainview itself. Some people who lost jobs at the beef processing plant could find work in the oil fields or wind farms to the south.

There’s even the off chance that the plant could re-open if the drought ends and cattle numbers rebound. But Mayor Dunlap says that would be years from now and no one is counting on it.

“We’re pretty much operating as if the plant won’t reopen,” he said.

Across the railroad tracks north of town where the plant used to operate, planning for the future seems like an abstraction. The people are busy grieving for what they’ve lost. On one of the last days the plant was open, a group of grackle birds picked at bags of fast food littering the half-empty parking lot. A few empty beer cans marked the spot of what might have been a farewell toast, and Johnny Ray Muniz was getting off his last shift ever, carrying a certificate in a manila envelope, a “Valued Cargill Employee Award.”

As he took it out to show it to me, a gust of wind picked it up and blew it a few yards, sending us scrambling to retrieve it.

The certificate read:” Certificate of recognition is hereby awarded to Johnny Ray Muniz as a valued Cargill employee for six years.”

“Everyone matters, that’s one positive thing,” said Ray Muniz. The envelope had the number 479.

Ray Muniz said he’d like to stay in town if he can. But he isn’t exactly sure what he will do.

“Every time I make plans,” he said “it never turns out the way I want them to.”