Ten stories from 2015 worth hearing again 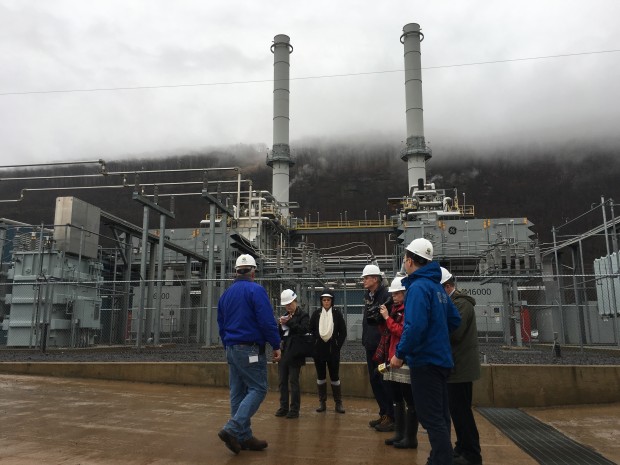 UGI’s Hunlock Creek Power Station outside Wilkes-Barre used to run on coal, but now uses natural gas. It’s part of a broader shift going on in the power grid.

As the year winds down, we’re taking a look back at some of StateImpact Pennsylvania’s best radio reporting. From a shifting power grid, to a pipeline building boom, and the ongoing state budget battle, we covered a lot of ground on the airwaves in 2015.

In a power shift, gas closes in on ‘king coal’

In Pennsylvania when you flip on a light switch, odds are you’re burning coal. But as the fracking boom continues to unlock huge quantities of natural gas, the electric grid is changing. Power plants are increasingly turning to this lower-cost, cleaner-burning fossil fuel. The shift is being driven by both market forces and new regulations.

President Obama’s plan to combat climate change relies heavily on replacing coal with natural gas as a way to reduce the amount of carbon dioxide electric power plants pour into the atmosphere. But natural gas comes with it’s own climate problems.

With his first budget, Wolf gears up for gas tax fight

Pennsylvania is the only major gas-producing state without a severance tax, but it does levy many other levy taxes on drillers. A gas tax has been a hot-button political issue for years– but how does Pennsylvania actually stack up against other states? The answer to that question gives a window into why the debate is so complex and controversial.

As Gov. Tom Wolf and the Republican-led legislature struggle to reach a budget deal after a nearly six-month long standoff, the severance tax is once again off the table. The tax has been debated since the shale boom took off, so why hasn’t it happened?

Climate Change: the engineer’s dilemma
Earlier this month ministers from 190 nations were in Paris hammering out a treaty to cut carbon dioxide emissions. They aim to stave off the worst impacts of climate change – including sea level rise. Predictions of how high and how soon oceans will rise keep changing. And that leaves town planners and local officials with a dilemma. They are the ones responsible for protecting their cities from rising tides and hotter summers. But there’s no seat at the table for them in Paris, and likely no help.

As Marcellus Shale gas drilling has proliferated, so has the amount of waste it generates. Last year in Pennsylvania, over two million tons of drill cuttings were sent to landfills.
After plans to put some of that waste next to one of the state’s most pristine waterways sparked a backlash, the company behind the project withdrew its proposal.

Philadelphia has some of the leakiest natural gas distribution pipes in the nation. This comes with an environmental cost, because natural gas is primarily made up of methane, a powerful greenhouse gas.

Pipelines’ paths remain risky mystery beneath our feet
This story began with a simple task: Let’s make a pipeline map!

Unmapped, unregulated maze of rural pipelines poses hidden risks
Many of those unmapped pipelines are also unregulated. These are rural gathering lines–pipelines that take gas from the wellhead to a larger transmission line, or gas processing facility. The industry is expected to add 20-25,000 miles of gathering lines. Most of those lines will be in rural areas, the so-called “class one” lines, which no state, federal or local authorities oversee.

Towns take on the gas industry, at their own peril

Local governments all over the country are trying stop the surge in oil and gas development by embracing a novel legal tactic–community-based rights ordinances. It’s a strategy that carries risks.