In a power shift, natural gas closes in on ‘king coal’ 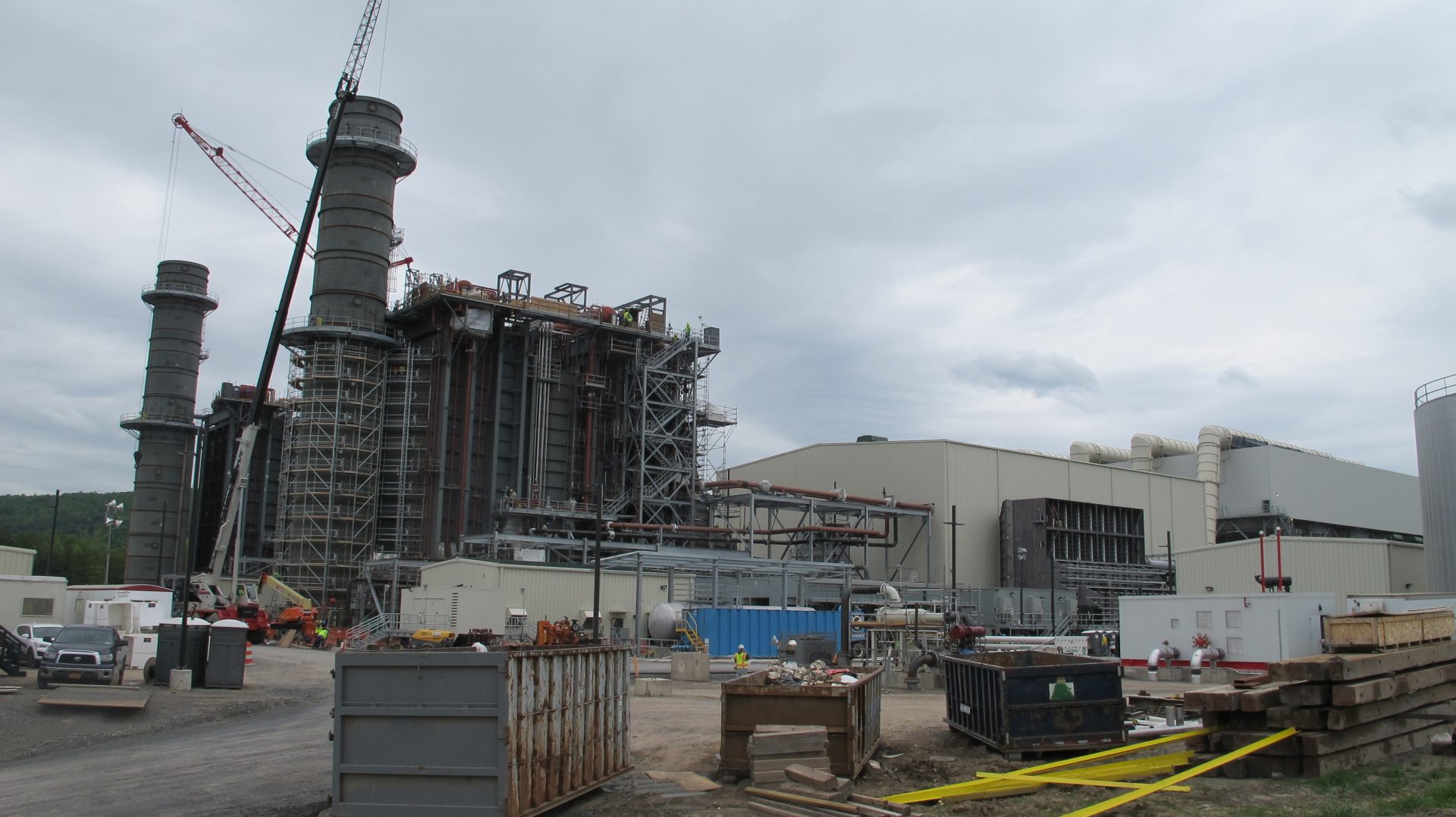 The Panda Power Funds Liberty gas plant is expected to come online in early 2016. It’s part of a broader nationwide shift in power generation from coal to gas. 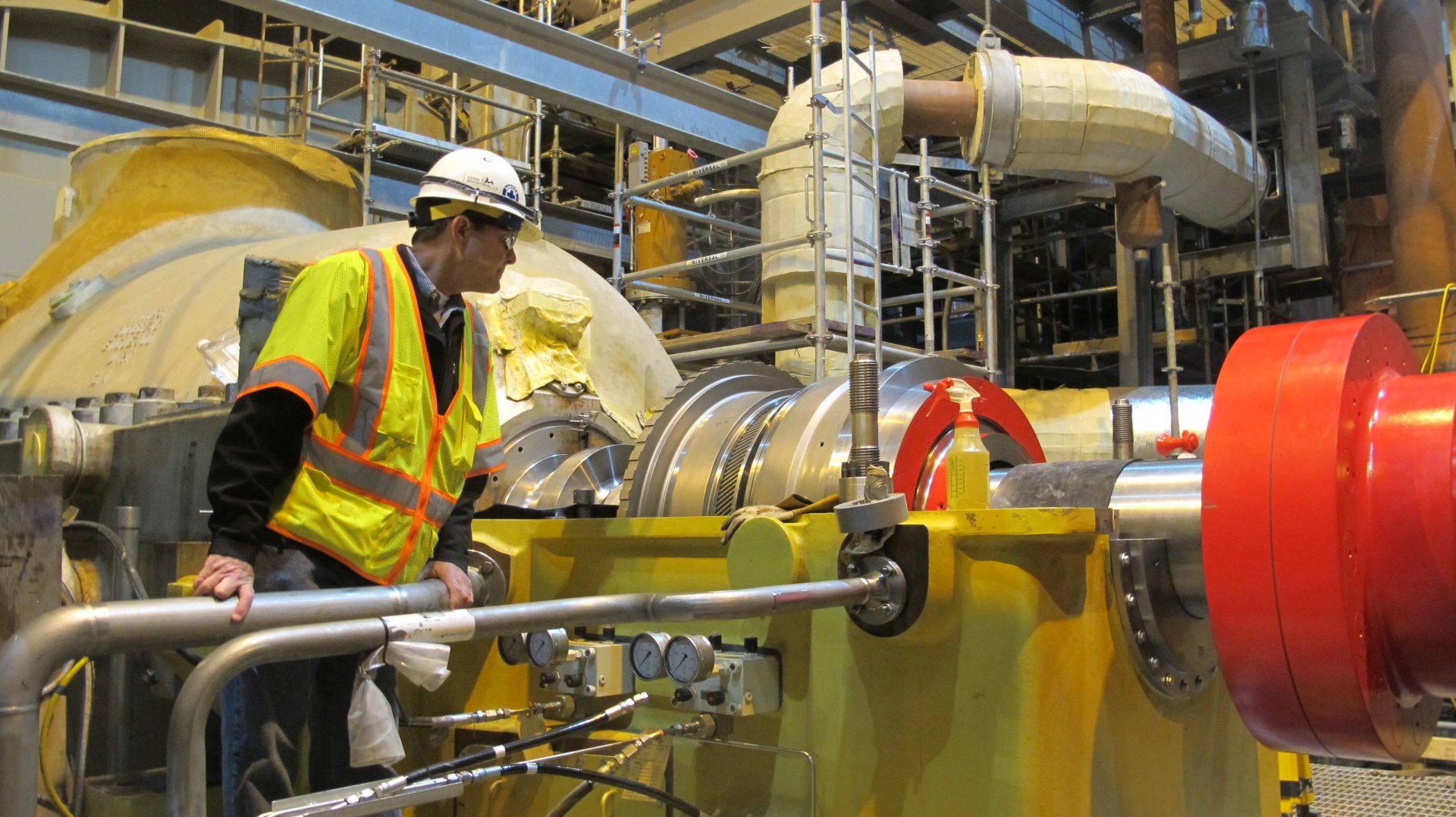 Plant manager John Martin next to one of the plant’s generators. 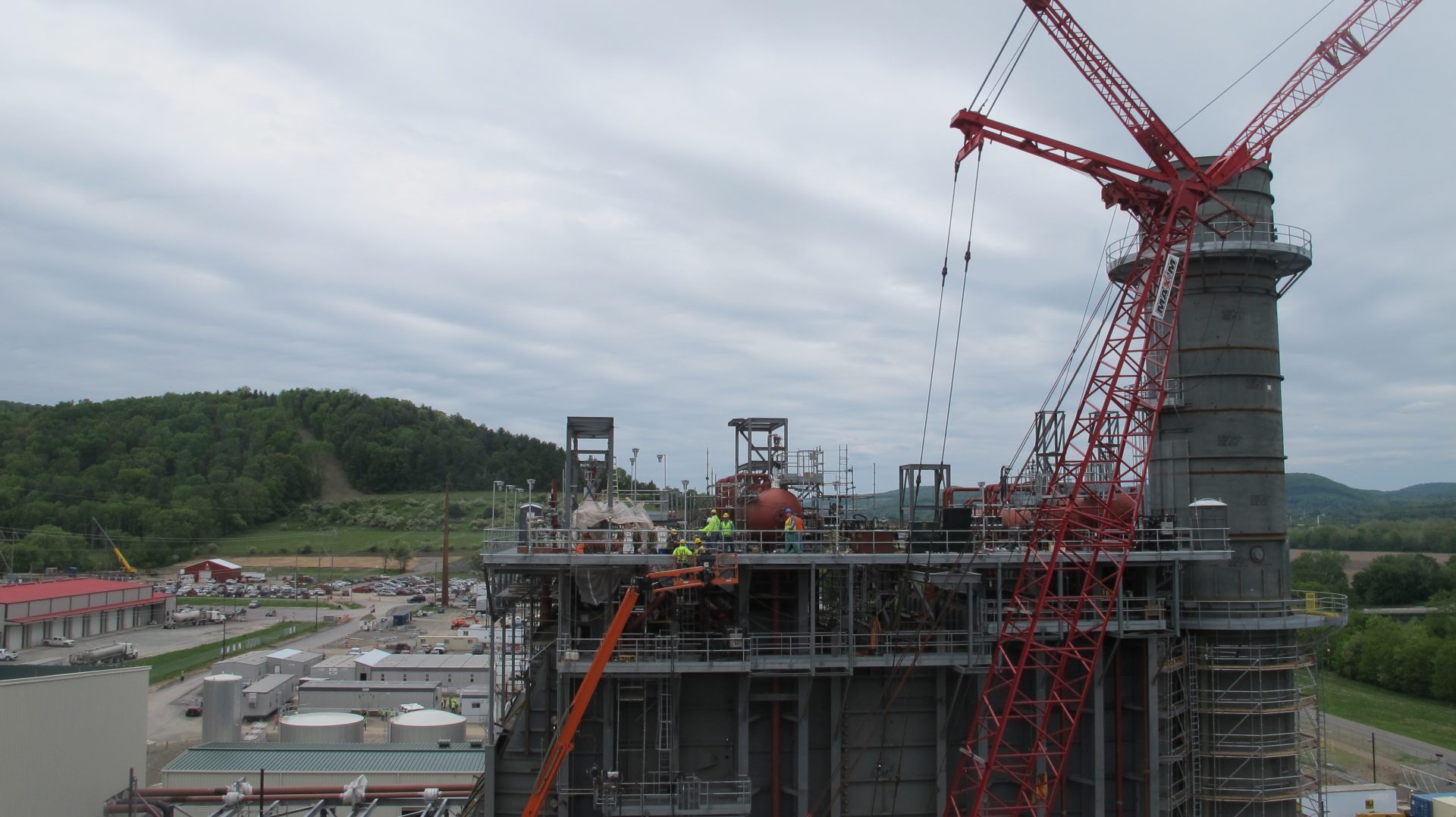 The plant is about four miles from the Tennessee interstate gas pipeline in Towanda, Bradford County. It was sited in Pennsylvania’s most drilled-on county to take advantage of the nearby shale gas.

In Pennsylvania when you flip on a light switch, odds are you’re burning coal. But as the fracking boom continues to unlock huge quantities of natural gas, the electric grid is changing. Power plants are increasingly turning to this lower-cost, cleaner-burning fossil fuel.

The shift is being driven by both market forces and new regulations.

The company’s Liberty plant towers over the Susquehanna River in Towanda, Bradford County. It’s located in one of the most drilled-on places in Pennsylvania. “The Panda Liberty plant is the first power plant born of the Marcellus Shale,” says Pentak. “This plant was sited precisely where it is because of its access to the abundant, high-quality natural gas that’s found a mile to two miles beneath our feet.”

The Liberty plant is expected to come online early next year. Another plant outside Williamsport should be done a short time later, and Panda’s in the midst of financing a third project outside Sunbury– repurposing an old coal plant.

These projects are part of a bigger story: the electric grid is shifting away from coal, toward gas.

It’s a trend that Gary Helm is watching. He studies emerging markets for the PJM Interconnection— the regional grid organization for the mid-Atlantic U.S. It helps ensure the lights stay on for 61 million people.

“We see, down the road, a lot of gas coming online,” says Helm.

Until the mid-2000’s about half the electricity in the U.S. was produced by burning coal, and 20 percent or less came from gas. These days things are different.

Tyler Hodge is with the U.S. Energy Information Administration (EIA) and says the fracking boom freed up a lot more, cheap gas. Now about 40 percent of the nation’s power comes from coal and 27 percent is gas.

Coal plants are also retiring as the Obama administration pushes its climate change plan. Under the president’s proposed Clean Power Plan, Pennsylvania will have to cut its carbon emissions by a third over the next 15 years.

And as more renewables like wind and solar come online, Pentak points out, gas power plants have an advantage. They can ramp up and down quickly. So when the sun isn’t shining, and the wind isn’t blowing, gas can fill in the gaps.

“Natural gas generation is the perfect dance partner for renewable energy,” says Pentak. “You have to have something that can be quickly dispatched to make up for that lost power, or it threatens the reliability of the grid.”

And these changes are largely good news for the grid, according to Christina Simeone. She’s deputy director of the Kleinman Energy Policy Center at the University of Pennsylvania.

That’s not to say using more gas doesn’t pose some problems. Although it produces about half the carbon emissions that coal does when burned, scientists are still trying to sort out its overall climate footprint.

Another problem is storage and reliability. A coal plant can have a pile of extra coal sitting out back, and a nuclear plant can go years before it needs to refuel. But gas plants get their fuel on demand– the moment it’s needed.

Gary Helm of the PJM Interconnection says this was particularly problematic during the Polar Vortex of 2014, when unexpectedly cold weather sparked a huge demand for gas– leading to bottlenecks in the system and price spikes.

“Right now it’s not economical to have [gas] stored on site,” he says. “It has to be shipped just in time, when it’s needed. So that’s a different paradigm for the power system.”

The EIA is projecting that gas power generation will become increasingly common under the Obama administration’s climate plan. The agency expects the regulations will cause coal plant retirements to more than double over the next 25 years. Gas will begin to take its place, followed by more renewable energy.

Reporter's Notebook: Tracing the tracks of the oil trains