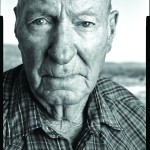 Eugene “Boob” Kelton, 80, is an Upton County rancher and the brother of Elmer Kelton. “Fifteen dollars was the price for a ton of hay, and [the U.S. Department of Agriculture] was paying half of it,” Kelton says. “But whenever the government went to pay more, the producers just raised the price of the feed. So we didn’t realize any more help from the government, but the farmers that were growing the feed, they realized a little more profit. That’s kind of the way things go.” 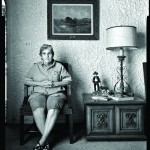 Sandy Whittley, 74, grew up in San Angelo and is the executive secretary of the Texas Sheep and Goat Raisers’ Association. “The first year it was “Nah, not too bad,”” she remembers. “And then it was a little drier the next year. By about the third year, it was beginning to get really interesting, and then it got really serious. From then on it was just tough.” 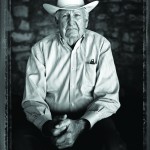 Preston Wright, 90, has been ranching in West Texas since 1948. He lives in Junction. “It didn’t start overnight—we just kinda eased into it,” Wright says. “And when we got into it, it just stayed for a while.” 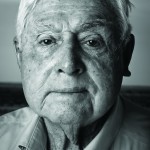 Mort Mertz, 88, has been ranching in West Texas since 1954. He lives in San Angelo. “It started out west,” Mertz recalls. “It tended to get dry out there and not rain, and that lack of rainfall just moved east. My dad kept saying, “We have these things; they’ll just go about eighteen months. It’ll break.” But that’s what caught everybody off guard: it didn’t break. It just kept on going, and it lasted about seven years.” 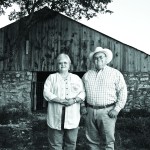 Brother and sister Nancy Hagood Nunns, 70, and Charles Hagood, 59, grew up in a ranch family that has had operations in West Texas since the nineteenth century. “There were no ticks in the fifties,” Nancy remembers. “It was just too dry for them.” Charles has been a banker and rancher in Junction since 1979. “I grew up in Junction and then went into the banking business, and I would visit with men that I’d always known as carpenters, painters, merchants,” he says. “And then visiting with them in deeper detail, I’d find out that they had been ranchers until the drought. Just like my daddy. The drought drove us to town. And that happened all over West Texas—it drove people to town. 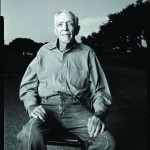 Stanley Mayfield, 93, is the owner of the Mayfield Ranch in Sutton, Edwards, and Hudspeth counties, where it was so dry that when his son was born in 1956, he called him “Seco” (Spanish for “dry”). “When it gets dry, it gets dry,” he says. “You try to live with it till it rains. And you look every day to see if it’s gonna rain.” 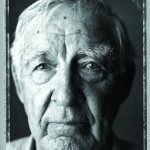 Bill Schneemann, 77, has been raising cattle in West Texas since 1954. He lives in Big Lake and describes himself as a “semi-tired, wore-out rancher.” “After my wife and I got married, her brother drove home from Texas Tech through a duster in Lamesa,” Schneemann recalls. “The first thing I noticed was that his license plate was as shiny as could be. It didn’t have any paint left on it.” 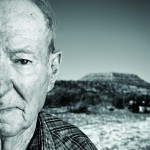 “Boob” Kelton had to sell off his herds during the drought of record. “After you feed a few years and it doesn’t seem like there’s any relief a-comin’, you’ve spent most all your money on feed, so it’s best to sell ’em,” he says. “And that’s what we did. They were all gone, and you’d just look out there in the pasture and there wasn’t anything. Kind of depressing. It’s kind of like losing your children. It’s just bad. They’re part of the family just like everybody else.”

While the drought we’re only now making real progress out of is still fresh in every Texan’s mind, there’s a whole generation in the state that can remember a time that was arguably more trying.

The drought of record in the 1950s lasted for seven years. Imagine seven 2009s or 2011s back to back and you’ll get the idea. It was an event that changed the state forever.

The voices of that drought can still teach us something today. NPR’s John Burnett traveled to West Texas to hear firsthand from the survivors of the drought of record, and in his audio report below (and the slideshow above), you can listen to what those voices remember. And you can read the full story in Texas Monthly.