As of 2022, nearly two-thirds of Pennsylvania lakes are polluted.

This year marks the 50th anniversary of the United States government’s revival of the Clean Water Act. The legislation is meant to regulate water pollution to ensure the safety of drinking water, economic and recreational developments, and aquatic life.

But Pennsylvania is still struggling to address its impaired waters.

Research has shown with the help of climate change and a slew of other human-induced factors, polluted runoff has contributed immensely to the widespread deterioration of Pennsylvania’s bodies of water, especially in the Chesapeake Bay.

The commonwealth makes up 35% of the six-state-wide Chesapeake Bay watershed. That means that most of Pennsylvania’s stormwater runoff drains into the Chesapeake Bay. 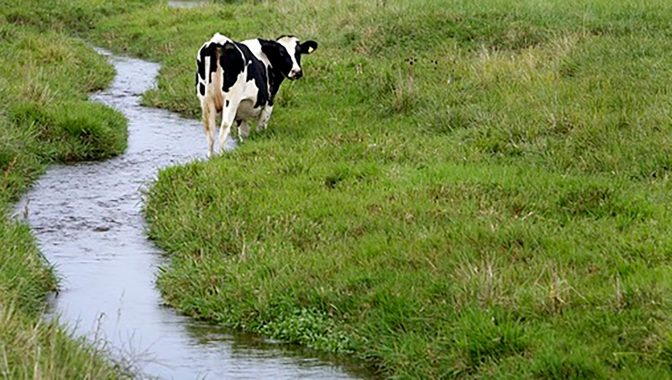 Pennsylvania’s dairy industry has been struggling for several years.

On its way downstream, runoff mixes into freshwater rivers and streams like the Susquehanna River, which is the Bay’s largest tributary. Oftentimes, that runoff is contaminated with chemical fertilizers and littered with plastic debris. The Environmental Protection Agency calls polluted runoff “one of the greatest threats to clean water in the U.S.”

It’s important to have open soil to soak up the rainwater, filter out unwanted chemicals and debris, and allow water to travel back through plant roots to be released into the air.

This means that impermeable surfaces – those that don’t allow water and good nutrients to soak into the soil – must not be placed in key drainage areas. Drainage occurs within a watershed, which is the large area of land that funnels into a common waterway, like the Chesapeake Bay. Impermeable surfaces instead divert contaminated water down roads, into sewage systems, and eventually into our water.

But how does our water become contaminated in the first place?

First, we’ll need to understand the processes at work.

Every time it rains or snows, water seeps into the soil, nourishes plants, and recharges our river basins: huge depots where we store all of the water that we treat for drinking. Soil is a natural filter for unwanted chemicals and larger pollutants like paper and plastic waste. Filtered water can then absorb into plant roots via osmosis and begin the process of transpiration.

During transpiration, water cruises upward through the plant stem to replenish its energy reserves. After, it evaporates through pores in the plant’s leaves called stomata. Evaporated water is left to mix with the air and absorb into the clouds.

Water also evaporates from larger bodies of water, like rivers and oceans, into the sky and the clouds.

The combination of precipitation, evaporation, and transpiration makes up the water cycle. 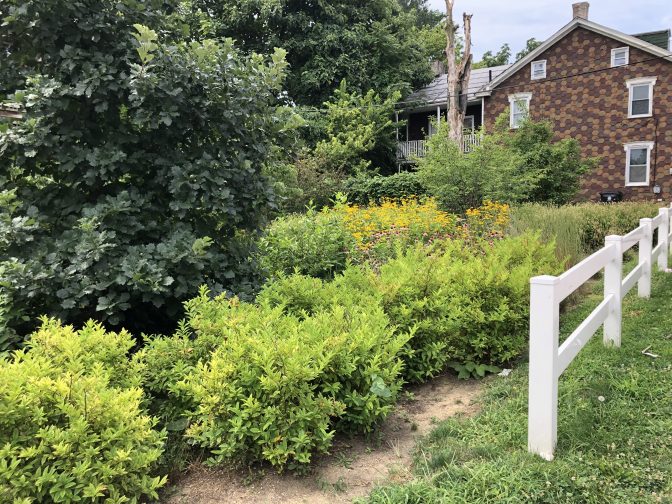 Coneflowers and trees grow in the rain garden on the corner of Bailey and North 13th streets in Summit Terrace. “These were little babies when we were doing this,” said Rafiyqa Muhammad, who helped create the garden. “Everything has grown.”

Many cities, however, install impermeable surfaces like concrete and asphalt above stripped ground. As a result, water meant to soak into the soil slips its way down city streets, bringing dirt, chemicals, and trash with it. Stormwater drains capture that polluted water and transport it through stormwater sewage systems that empty out directly into rivers and streams.

General health risks related to someone’s exposure to polluted water can include respiratory infections, diarrheal diseases, and malnutrition. More information can be found below and here.

Chemicals/bacteria: When farmers and homeowners use fertilizers to promote the growth of their crops and grasses, and when we use pesticides to kill bugs and weeds in our backyards and ranches, we’re leaving our water vulnerable. Stormwater that follows the curve of the watershed collects these chemicals in puddles, where they eventually flow downhill and into stormwater drains. Chemicals like these can cause dangerously large algal blooms in any body of water, which can suffocate fish and cause rashes and stomach illnesses. Bacteria present in recreational water in lakes, rivers, and pools can also easily infect the body. Leptospirosis (otherwise known as mud fever or Weil’s disease), typhoid fever, cholera, and urinary tract infections are just a few examples of bacterial infections of major risk.

Cleaning supplies/household items: Detergents and bleach used to clean cars on sidewalks outside homes don’t just end up flowing down your driveway – they enter storm drains and contaminate water downstream. Paint from small house projects and large construction projects, as well as other construction debris, are also hazardous to our stormwater. Chemicals in these products can kill off freshwater fish and produce Persistent Organic Pollutants, like the pesticide DDT, that take years to decompose.

Garbage waste: Cigarette butts, Styrofoam, plastic bottles, candy wrappers, straws–anything littered onto our streets can be swept into storm drains to eventually pollute our water supply. Plastic in the water can look a lot like food to fish, so many get caught in the trap of eating then choking on our trash. Another, long-term example of the danger of garbage in water is the microplastics epidemic, which has recently been picking up steam because researchers have found microplastics in fresh snow in Antarctica. 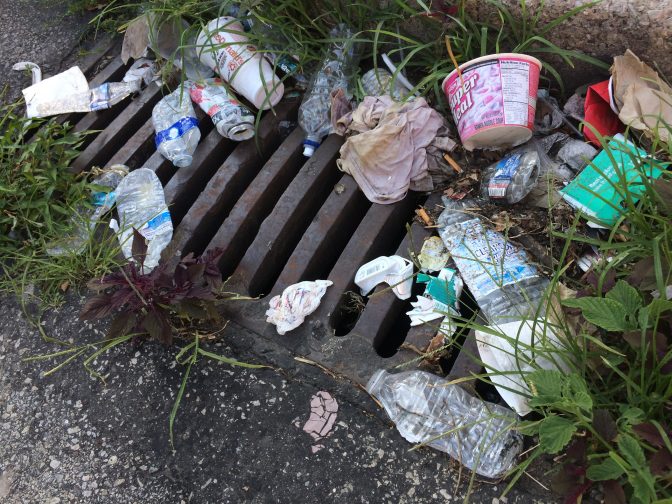 Bodily waste from humans/animals: Bacteria from human and animal waste (including waste from your pets) that isn’t treated properly can contaminate runoff. Waste like this contains extremely high levels of phosphorus and nitrogen, which have been shown to be toxic to marine life and notoriously difficult to remove.

The problem isn’t the runoff–it’s the pollution

Stormwater is vital to the maintenance of the water cycle. Clean water that flows through stormwater sewage systems and empties out into larger bodies of water can then replenish the water cycle. The goal of stormwater pollution prevention is to direct rainwater and melted snow into storm drains as quickly as possible – before it can be contaminated, hopefully nipping the problem in the bud.

The EPA gives us a few tips on how to combat water pollution:

A glance at some community-based solutions 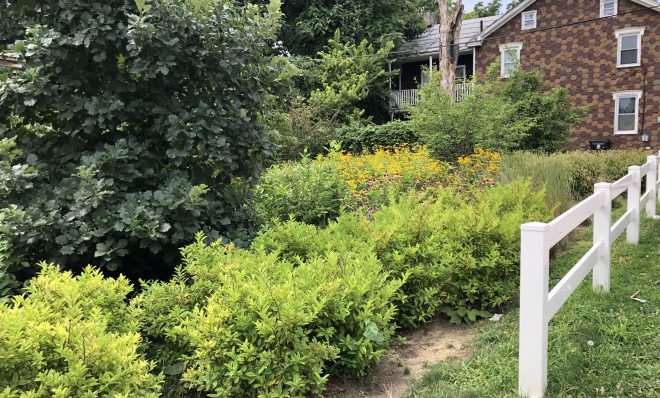 Heavier rain related to climate change could make the problem worse. Some who work on these issues say green infrastructure should be part of community-based efforts in order to help residents who face the greatest environmental burdens. 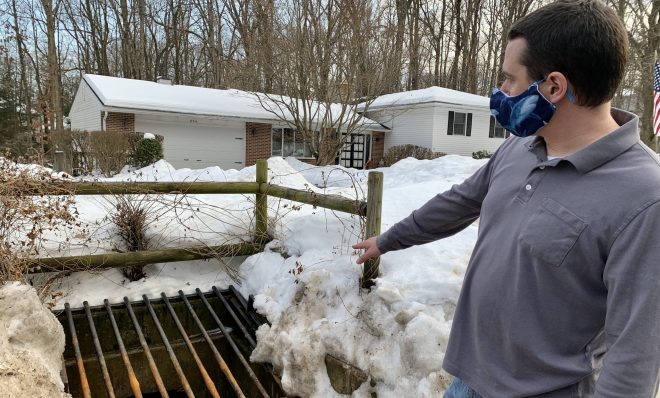 Supervisors in one Centre County township recently passed a stormwater fee, but not everyone thinks it was needed. 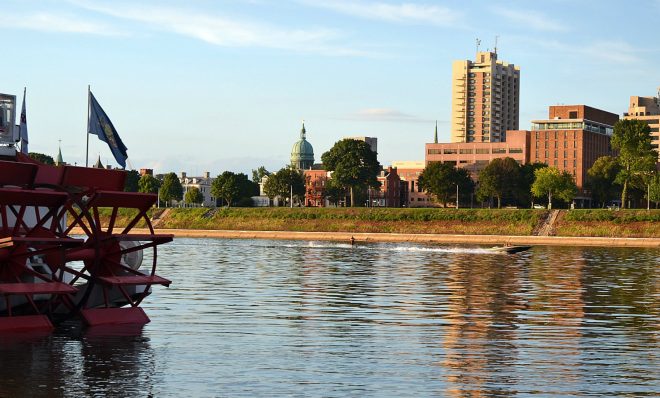 Environmental Integrity Project is calling on the state to help fix Harrisburg’s sewer and stormwater system. The water authority is considering adding a stormwater impact fee to city residents and property owners to help pay for upgrades. 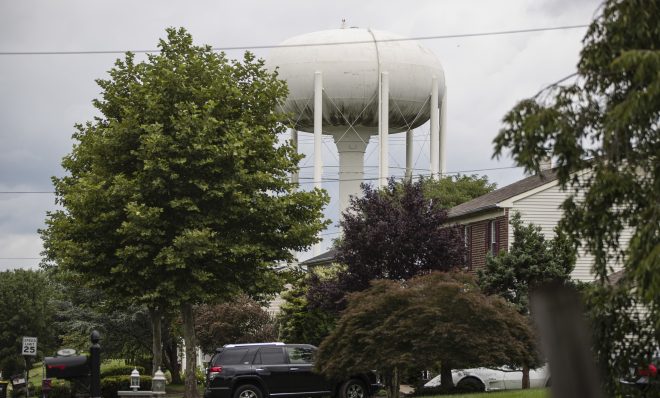 The cross-state natural gas liquids pipeline Mariner East 2 was supposed to begin operation by the end of September. Now, the company has come up with a workaround after acknowledging another lengthy delay in its pipeline project. 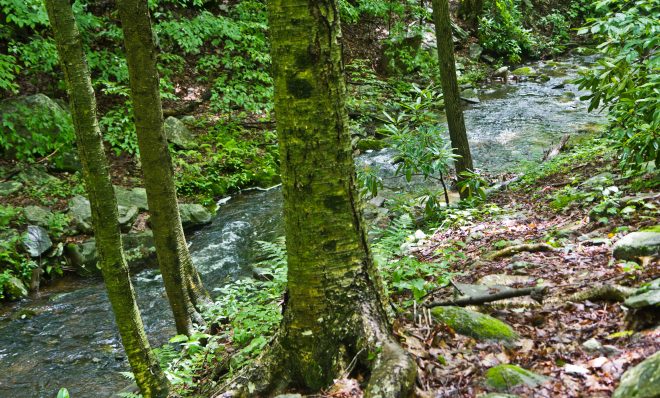 In the Poconos, a fight simmers over ‘exceptional’ streams

Six creeks recently gained special protection from the state. But some local businesses and landowners say the rules go too far. 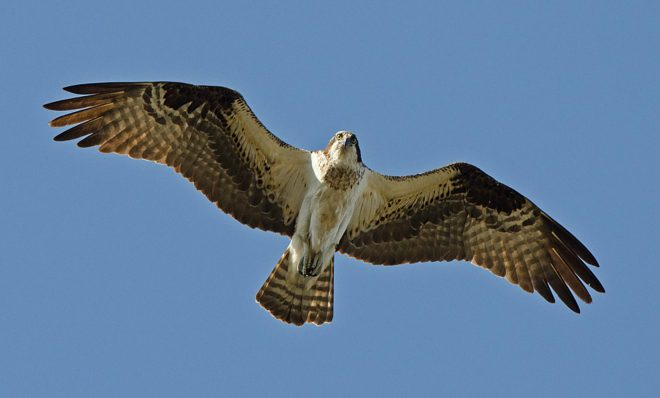 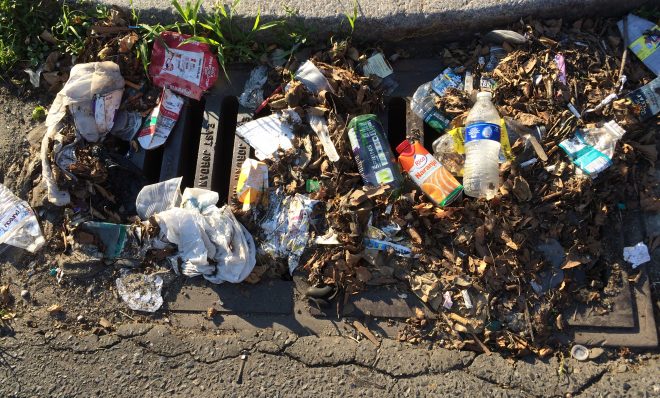 As more plastic trash makes its way from city and town storm water drains to the ocean, a movement grows to focus on where the garbage is coming from.