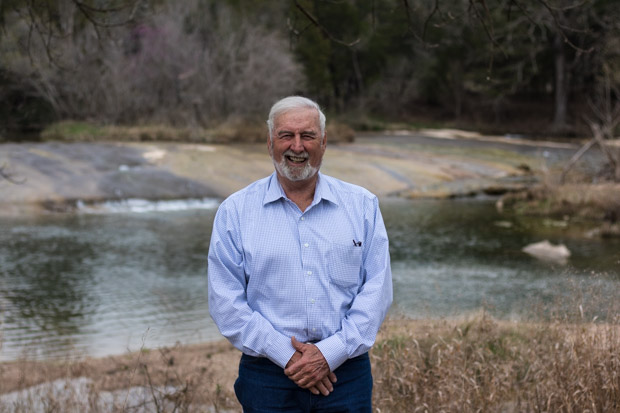 In February, the Tishomingo City Council voted to approve a new ordinance limiting how much groundwater mining companies can withdraw near Pennington Creek. The vote was unanimous. At the contentious meeting, council members didn’t take kindly to the company’s threats to file a lawsuit.

“I have grave concerns about what all has taken place tonight. And the amount of force that has come against a tiny little place in southern Oklahoma is unbelievable to me,” Council member Rhonda Brown said just before the vote.

The companies aren’t interested in water. But it’s in their way as they mine for the high quality limestone locked in the uniquely protected Arbuckle-Simpson Aquifer, as StateImpact has reported.

The water is vital to Tishomingo. In an interview a few weeks after the city council meeting, Mayor Tom Lokey said city officials are just trying to protect it. 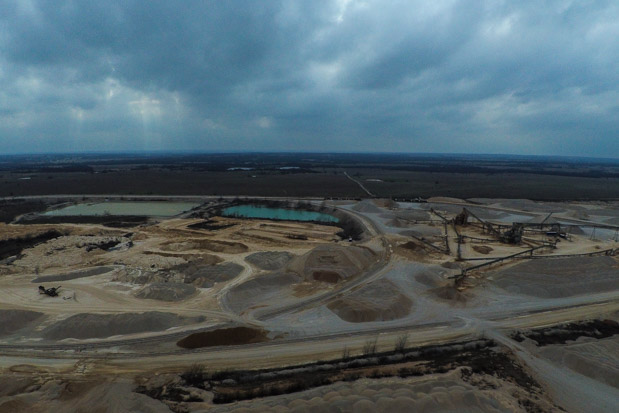 “It has been the water supply for the City of Tishomingo since its inception in the 1850s,” Lokey says. “It is our only water supply, so we’re very protective of it.”

Lokey grew up in Tishomingo, and he’s seen Pennington Creek change over the last several years.

“The Mill Pond area, which is one of the two main swimming holes, is no longer really as viable as it was at one time as a swimming hole. There’s places in the creek where you can literally step across it sometimes now, where when I was young those places did not exist,” Lokey says.

The Arbuckle Simpson aquifer feeds the waters of Pennington Creek that cascade over a natural deck of limestone, smoothened over time, at an area called Slippery Falls.

“I remember more water coming down through here,” says local rancher and water advocate Gary Greene. “This seems to be a reduced flow. But when you see all that coming across that rock there, it’s just gorgeous.”

Greene isn’t sure the reduced flow is due to mining. It could be a lack of rain. But he’s worried more mines could mean trouble for Pennington, and he points to Mill Creek, a few miles west, which has much more mining near it.

“I was at Mill Creek about 15 years ago, and I’d like to go back to that same spot and see if the water is the same, but everybody says it has diminished tremendously,” Greene says.

The state’s water regulator spent the last five years coming up with rules to address the aquifer’s depletion. The recently finalized rules limit how much water can be consumptively used per acre. ‘Consumptively used’ is the key term. The mines withdraw much more than the limit. But then they put the same water back in the aquifer. 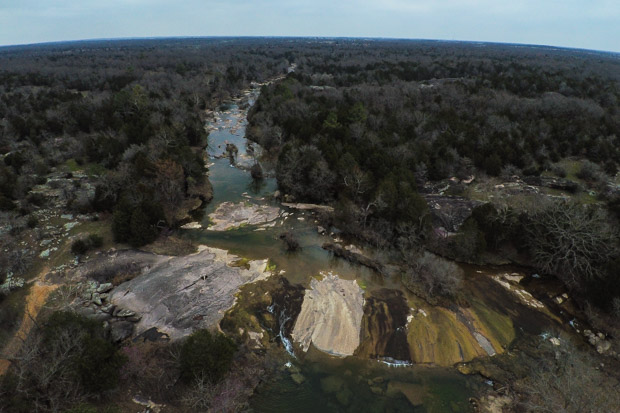 The Slippery Falls area of Pennington Creek north of Tishomingo.

“There hasn’t been any evidence that shows that mining in that area has an effect on the water level in Pennington Creek,” says Elizabeth Nichols, an attorney representing Arbuckle Aggregates, a limestone mining company that’s planning a new mine near Pennington Creek.

Nichols’ argument is simple: The mines are engaging in a legal activity, effectively regulated by state rules the company is following. She says precipitation dictates the flows of streams and the amount of water in the aquifer, not mines. And she says Tishomingo’s ordinance limiting how much water can be withdrawn from the aquifer won’t hold up in court.

“This would be a regulatory, unconstitutional taking,” Nichols says. “When a town or a county or any government entity creates a regulation that prevents a landowner from using their property, without compensation, which is a constitutional right.”

Arbuckle Aggregates and another company, Vulcan, that already has a mine near Pennington Creek, have both filed lawsuits against Tishomingo over the ordinance.

The mining companies say the city ordinance would make it nearly impossible for them to do business. They’ve asked for an injunction, and there’s a hearing in early April. In the meantime, the ordinance technically went into effect Thursday.