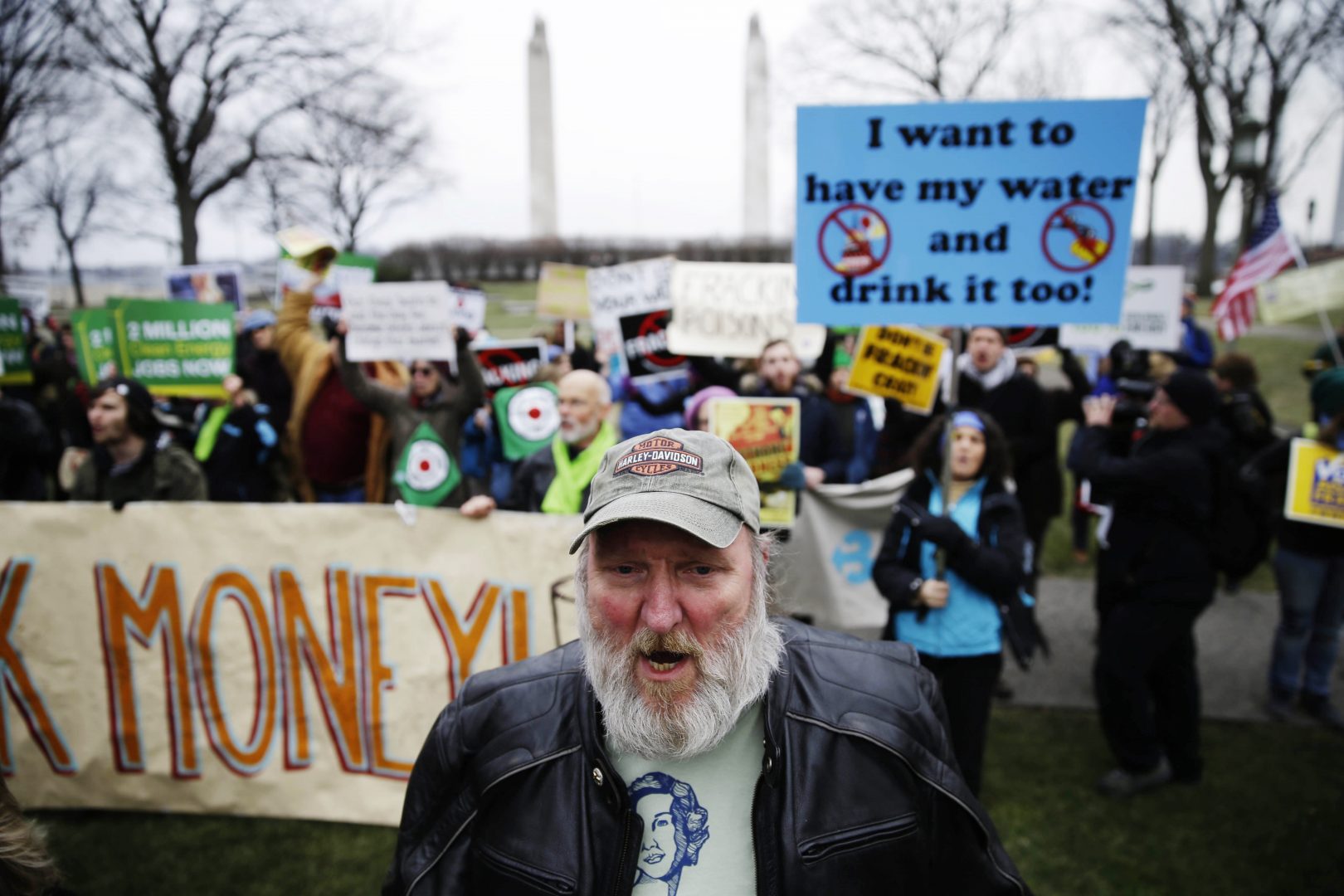 More than a decade after a water well exploded in the rural Northeast Pennsylvania town of Dimock, setting off a series of events that would plunge the town into the international spotlight, Pennsylvania has filed criminal charges against the company they say caused that explosion.

Attorney General Josh Shapiro announced 15 criminal counts against the Houston-based Cabot Oil and Gas, including nine felonies, after recommendations from a grand jury. The charges stem from violations of the state’s Clean Streams law, as well as illegal industrial discharges. The grand jury report says the company’s “long-term indifference” to the damage it caused warrants penalties that rise beyond technical violations. Read the charging document here.

“We find that, over a period of many years, and despite mounting evidence, Cabot Oil Gas failed to acknowledge and correct conduct that polluted Pennsylvania water through stray gas migration,” reads the grand jury presentment. “Indeed, some of these gas wells have been in place for more than a decade, yet Cabot has only recently taken steps to remediate them.”

In announcing the charges, Shapiro cited Pennsylvania’s Environmental Rights Amendment, which guarantees clean air and water to all residents.

“Frackers come from all over the nation,” Shapiro said, “walk into our communities and sometimes without care or consequence, strip us of those basic rights.”

Shapiro said a decade later, the company has not fixed the problem.

Methane is colorless and odorless and, in the right concentration, can lead to explosions.

Although issues with gas drilling and water contamination began surfacing soon after drilling began in 2006 in Dimock, it wasn’t until the release of the 2010 HBO documentary Gasland that the town was thrust into the spotlight.

Levels of methane were so high in some instances that residents could light their tap water on fire. They complained of headaches and rashes after they showered. They described their water looking like Alka Seltzer, or muddy. 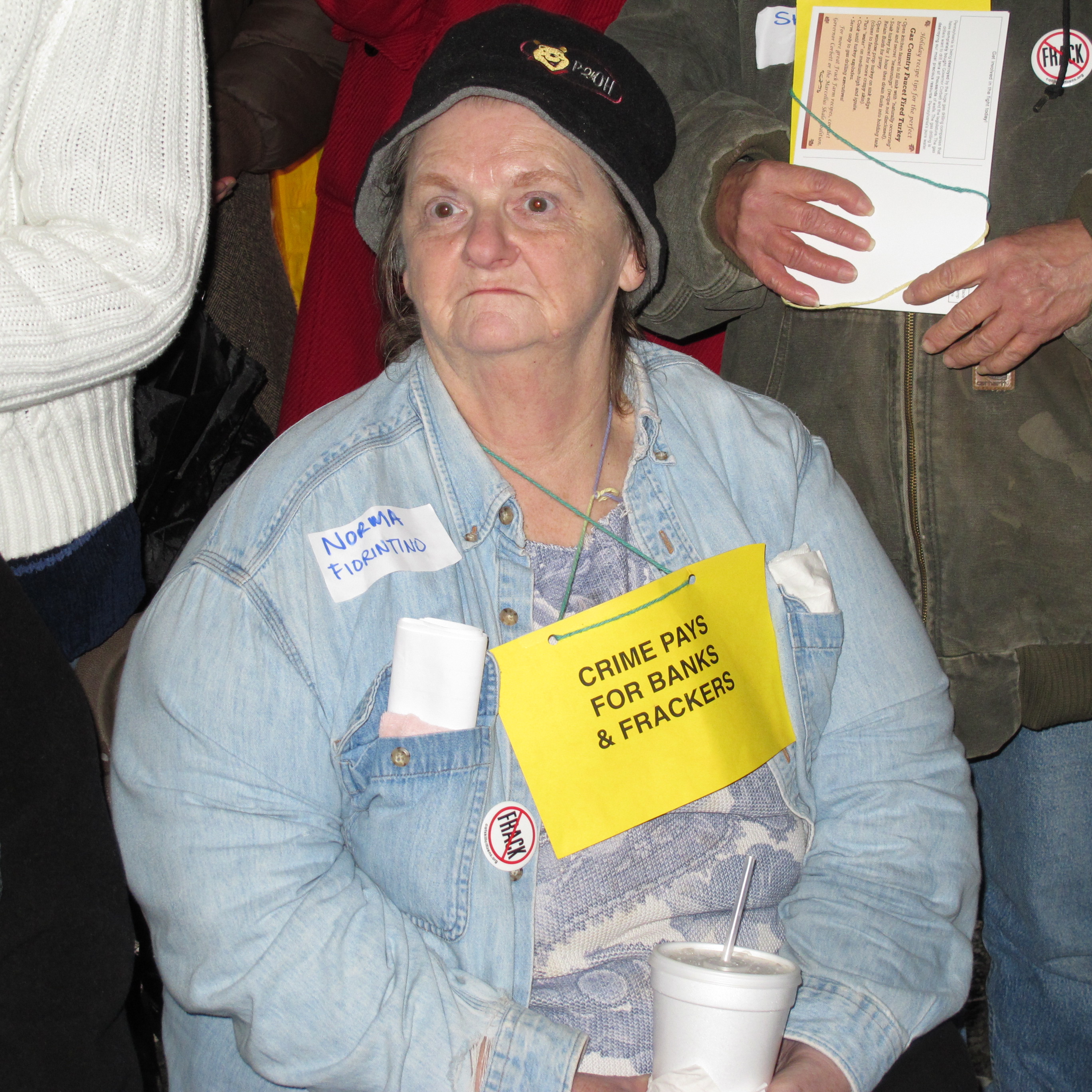 Norma Fiorentino at a protest in 2011. Fiorentino’s well exploded on New Year’s Day 2009. She became the lead plaintiff in a case against Cabot Oil and Gas. Pennsylvania filed criminal charges against the company June 15, 2020.

Cabot’s actions led to multiple consent decrees, federal lawsuits, intervention by the EPA and Centers for Disease Control and Prevention, and division within the community over the company’s role. It also drew protests and support from celebrities like Yoko Ono and Mark Ruffalo.

Although the Pennsylvania Department of Environmental Protection has issued more than 130 violations and found that Cabot’s well construction was at fault, the company has continued to deny responsibility.

“Cabot’s failure to test its pre-drill water samples for methane eliminated the ability to establish a baseline for promptly assessing and addressing the problem of stray gas migration,” Shapiro said. “In essence, they didn’t test their samples so that there would be no proof that they were contaminating nearby water supplies.”

Northeast Pennsylvania is known for methane deposits that are close to the surface and can bubble up into waterways. But tests done on the contaminated water wells in Dimock clearly show the contamination is from methane that migrated deep within the earth’s surface. Analysis done by DEP, EPA as well as the Agency for Toxic Substances and Disease Control show evidence that Cabot’s drilling contaminated Dimock’s well water.

In a statement released today, Cabot Oil and Gas spokesman George Stark said the company is an industry leader that values “community commitment and environmental compliance.”

“Cabot will continue to work constructively with regulators, political representatives, and most importantly our neighbors in Pennsylvania to be responsible stewards of natural resources and the environment,” wrote Stark in an email.

Fifteen families filed a federal lawsuit against the company in 2009. And while the majority of the families settled out of court and signed gag orders forbidding them from speaking ill of Cabot, in 2016 a federal jury found Cabot Oil and Gas negligent for polluting two families’ water wells and awarded them a total of $4.24 million. A year later, U.S. Magistrate Judge Martin Carlson of the Middle District of Pennsylvania vacated the award, saying it bore little or no relationship to the evidence presented at trial.

The families then settled with Cabot.

In 2010, a consent decree with the company forced them to provide water filters and banned the company from drilling in a nine-square-mile area of Dimock. The ban remains in place.

Cabot’s drilling continued to pollute water supplies in the area, however, and a 2018 letter to the company from DEP details how it failed to comply with its orders to remediate problem wells.

“Flames came flying out of the jug, he testified,” Shapiro said. “The resident then turned on the kitchen faucet and found that he was able to set that water on fire as well.”

When the resident contacted Cabot, he was told to flee in case his house exploded.

Shapiro said drilling companies like Cabot have no regard for the impacts on farmers, workers and community residents.

“Backed by big investors, and even bigger influence, too many fracking companies treat the little consequence they have faced as just the cost of doing business,” he said.

Each felony charge carries a possible $50,000 penalty, while the misdemeanors carry a possible $25,000 fine.

Correction: Drilling began in Dimock in 2006. The year was incorrect in the initial version of this story.