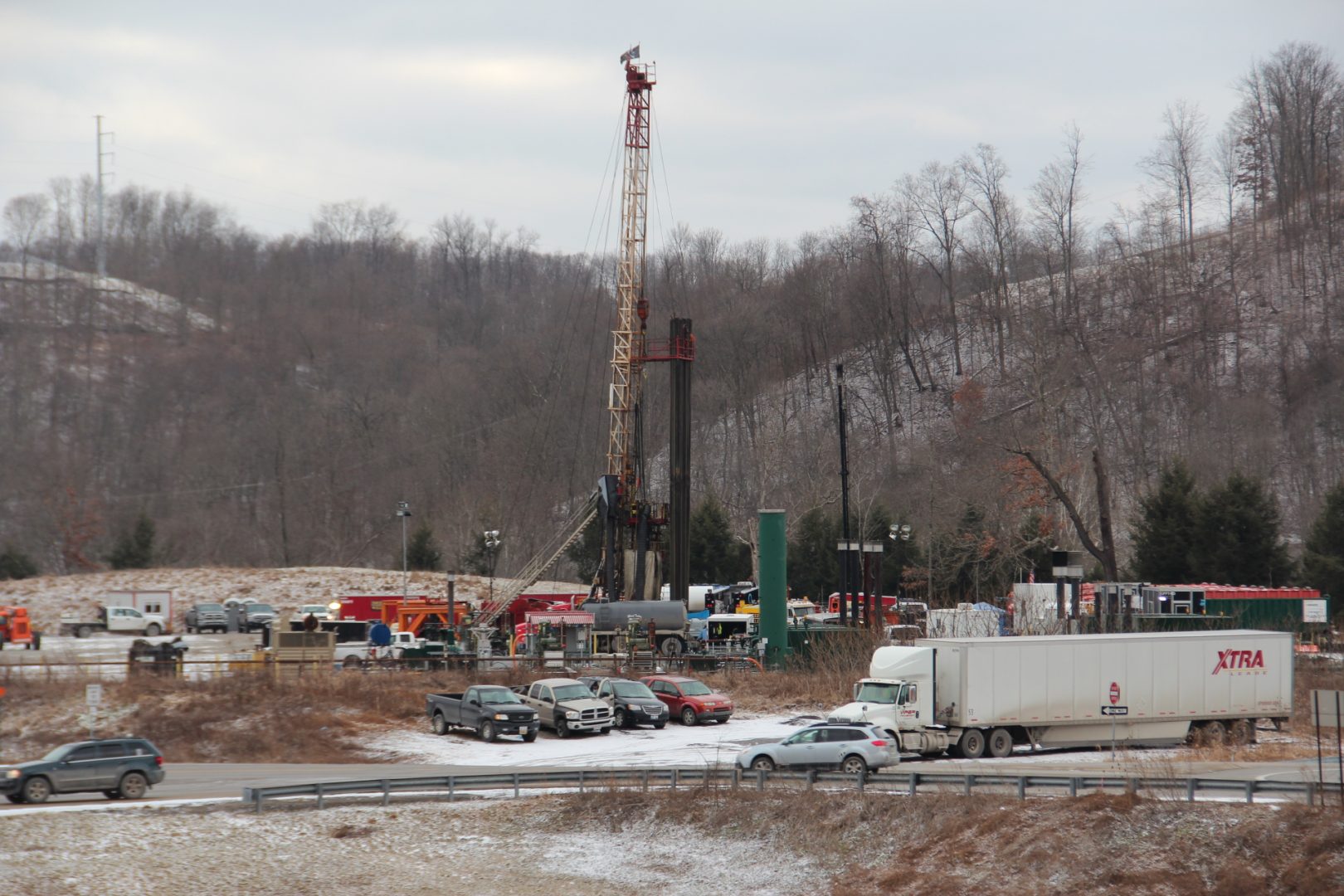 The charges are the product of a two-year investigation from Shapiro’s office into the fracking industry.

The company will pay a fine of $150,000 for charges stemming from leaks and spills at the sites. At one of them, the Brownlee site, a storage tank leaked 2,000 gallons of fracking waste into a field and nearby creek in 2018. A second location, known as the Yeager site, was at the center of a high-profile contamination case that ended in a legal settlement.

In both cases, Shapiro said, the company hid its internal knowledge of contamination from nearby residents and the public, and was negligent in protecting the state’s environment.

“Range Resources was careless — and carelessness in the fracking industry can have consequences that can last for decades,” Shapiro said, in a video statement announcing the charges. 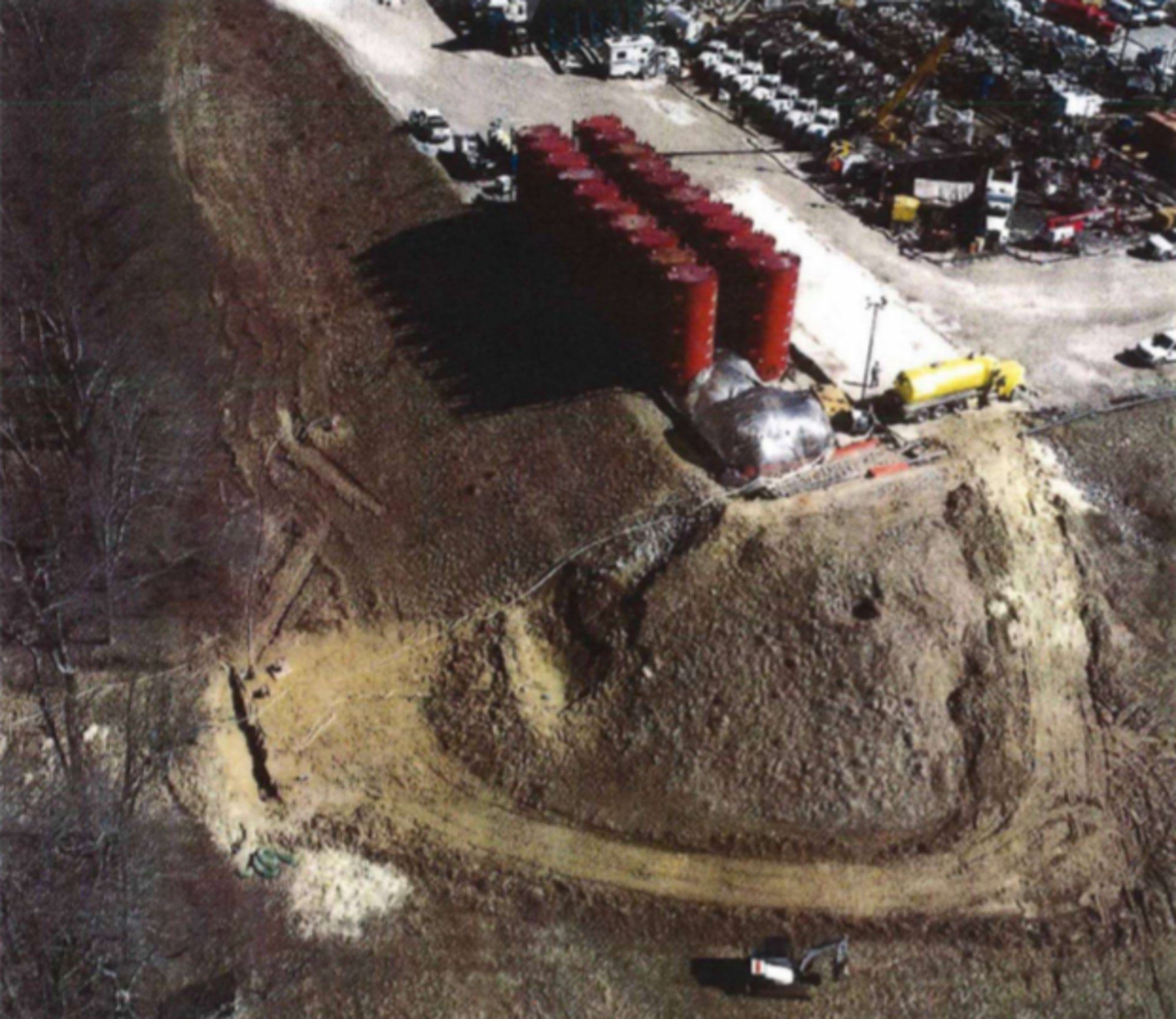 Waste water flowed freely between storage tanks, place there by Range Resources, at the Brownlee site, according to court documents.

At the Brownlee site, the company reported the leak to a nearby landowner, “but not what damage had been done to the property,” Shapiro said, in a statement.

The leak contaminated soil on a nearby farm and required the removal of about 100 trees and 12,000 square feet of soil, Shapiro said. Range removed the contaminated trees and soil, but replanted the property only after the homeowner “said he would contact the media,” according to a grand jury presentment.

The case of the Yeager site was the subject of the 2019 book “Amity and Prosperity,” by journalist Eliza Griswold, which was awarded the 2019 Pulitzer Prize in general nonfiction.

Range developed the site beginning in 2009 to handle the fracking wastewater and solid waste from nearby drilling sites.

Problems with Range Resource’s impoundment at the Yeager site included tears in liners that were supposed to prevent leaking, according to court documents.

According to a grand jury presentment, there were tears in the liner of the impoundment, and numerous spills around the site. More than once, the wastewater in the impoundment became septic — meaning it had become “overrun with bacteria — causing horrible smells throughout the area, which Range then treated with highly toxic chemicals.”

The grand jury heard testimony from two Range employees, Carla Suszkowski and Glenn Truzzi, who each found evidence that the impoundment was leaking and contaminating the surrounding groundwater.

“This wastewater pond should have been shut down for investigation at that very moment. Instead, nothing was done until three years later,” Shapiro said.

The company closed the impoundment in 2014, after reaching a consent agreement with the DEP.

The leaks and spills formed the heart of a legal case in which three families sued the company. The families alleged the site made them sick, including nose bleeds, headaches, dizziness, extreme fatigue, and skin rashes.

The suit also alleged Range Resources and two contracted laboratories committed fraud and conspiracy by manipulating test results to obscure their findings from the plaintiffs.

Range and several other companies involved with the site denied wrongdoing and fought the lawsuit in court for six years. The two sides eventually settled in 2018 for $3 million.

John Smith, an attorney for the plaintiffs in the case, said Friday his clients were “satisfied” that the company ultimately faced charges for its actions.

“While, as I understand it, the investigation is ongoing, our clients are thankful to Attorney General Shapiro and staff for criminal charges that were filed to date,” Smith said.

Smith said his clients testified before the grand jury and they’d continue to cooperate as needed.

“Our clients’ main goal in cooperation was to make sure in any small way that this doesn’t happen to other citizens in Washington County or Pennsylvania,” Smith said. “They wanted to do whatever they could to make sure that if there was misconduct found, that maybe it would stop this and other companies from doing it again.”

As part of its plea, the company will pay $50,000 in fines, and make $100,000 in charitable contributions to the Washington County Watershed Alliance.

The announcement of the charges was lauded by Jacquelyn Bonomo, president and CEO of PennFuture, one of the state’s largest environmental groups.

“The Attorney General’s investigation further confirms a basic truth about the fracked gas industry: time and again, it chooses profit margins over the health of Pennsylvanians, our environment, and our natural resources,” Bonomo said, in a statement. “This careless industry’s agenda is finally being pulled back and exposed.”

But John Quigley, a former DEP secretary, called the fines Range will have to pay “less than a slap on the wrist.”

“The purpose of governmental enforcement actions is to punish violations of Pennsylvania’s environmental laws and to deter future violations,” Quigley said, in an email. “This action does neither.”

CORRECTION: A previous version listed the incorrect organization for Jacquelyn Bonomo. She is with PennFuture.