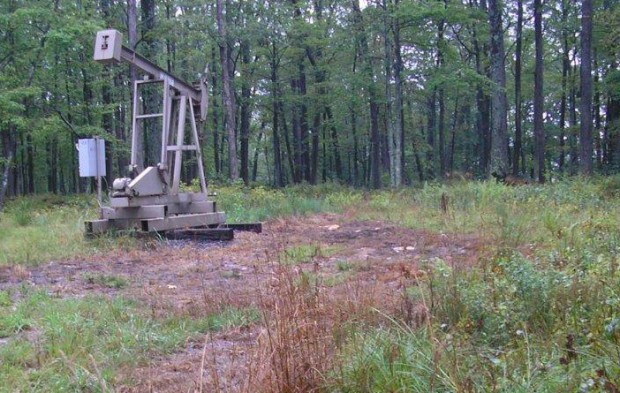 A state House committee has approved a controversial bill to eliminate many environmental requirements for Pennsylvania’s conventional oil and gas industry.

The House Environmental Resources and Energy committee voted 14-11 Monday to advance HB 2154. It’s the latest move in a years-long legal and political battle over how to regulate the state’s oil and gas industry.

Rep. Martin Causer (R- Cameron) is the bill’s prime sponsor. He said conventional oil and gas companies are distinctly different from the larger corporations that drill deeper, Marcellus Shale wells. Causer’s bill is aimed at reinstating 1984-era standards. An identical measure is before a Senate committee.

Governor Tom Wolf opposes the new bills, but two years ago he made a deal with Republicans during state budget negotiations to kill pending regulations on conventional drillers.

In 2012, the state passed Act 13, a major overhaul of Pennsylvania’s oil and gas law. At the time, the law had not seen significant changes since the 1980s, despite technological advances in the industry. Act 13 placed new environmental requirements on both conventional and Marcellus drillers.

Democrats on the committee all voted against the new measure, including Rep. Carolyn Comitta (D- Chester), who said she believes it violates the environmental rights amendment of Pennsylvania’s constitution.

Among the major changes in the bill:

Listen: Gas reached $3 per gallon in PA this week. Why is it getting so expensive?