Pennsylvania’s environmental rights amendment is back from the dead 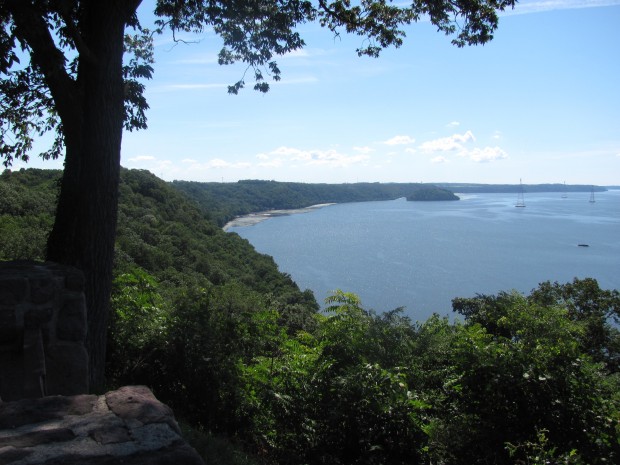 Pennsylvania is one of only a few states to recognize environmental quality as a basic civil right.

Pennsylvania is one of only a handful of states to recognize clean air and pure water as a basic civil right. However, the powerful language in the state constitution was dismissed for decades.

Speaking Friday at the Decade of Disruption: Marcellus Shale and Regional Energy Markets conference in Hershey, Dernbach highlighted recent court rulings that mark a revival for environmental rights in the state. He sat down with StateImpact Pennsylvania to explain what’s happening.

Note: This interview has been edited for length and clarity

Q: First of all, what is the environmental rights amendment of Pennsylvania’s constitution?

A: Article 1 Section 27 provides two rights to a clean environment for Pennsylvania’s citizens. One is a right to clean air, pure water, and the preservation of the natural scenic historic and aesthetic values of the environment. The other is a right to have public natural resources conserved and maintained by the Commonwealth for the benefit of present and future generations. There are some state constitutions that have one or the other of those rights, but very few have both. It’s a very powerful statement.

In 1969 when Franklin Kury, who was then a young lawyer and legislator from Sunbury, drafted Section 27 and introduced it in the legislature, he said that a right to a clean environment deserves the same constitutional protection as the right to free speech and freedom of religion.

Q: So what happened to it? You’ve said it’s been buried for decades, and now it’s suddenly come back to life.

A: There was a case in the mid-1970’s called Payne v. Kassab that involved a challenge to a street widening project in Wilkes-Barre. The claim was that the conversion of a half-acre of a public park to a street violated the public trust part of the environmental rights amendment.

The court worried the application of the amendment to such small problems would be devastating for economic development. As a result, it said that judicial review needed to be realistic– not legalistic. So it devised its own three-part test, but it had nothing to do with environmental protection in the way that the constitution envisioned it.

Q: So it seems like the environmental rights amendment was viewed as sort of a Hallmark greeting card stuck into the state constitution. Kind of like, “Oh, isn’t that a nice sentiment?”

A: That’s exactly how it worked.

Q: Describe the case last summer that brought life back to this amendment.

A: The reviving of the amendment occurred in two steps. In 2013, in a case called Robinson Township v. the Commonwealth, the [Pennsylvania] Supreme Court held unconstitutional several provisions of Act 13 of 2012, which is the shale gas legislation. The legislation took away the power of local governments to decide where shale gas operations could occur within their jurisdictions.

And this past June, in Pennsylvania Environmental Defense Foundation v. Commonwealth, the Supreme Court decided to apply it in a case that involved the diversion of money from oil and gas leasing to balance the state budget.

The legislature had decided, based on the budget deficit the 2008 recession created, to do massive leasing on state lands for shale gas and to convert hundreds of millions of dollars of money received from that to help balance the budget. The court said that was inconsistent with the obligation of the Commonwealth to conserve and maintain those public natural resources, and they did that by a majority vote.

Q: Since the text of this amendment is so strongly worded, what does it actually mean? How can it be applied and made real, with our modern lives and all the messy, polluting things we do?

A: Well that’s the challenge that’s in front of us. A lot of constitutional amendments are written in broad terms. The First Amendment to the U.S. Constitution says Congress shall make no law respecting freedom of speech. It’s also true the government can prohibit you from shouting “fire” in a crowded theater. The court will integrate this into the jurisprudence, as it has for other constitutional provisions. This is going to be complicated, but the practical effect of the decision is to restore the text of the environmental rights amendment.

Q: Are you surprised by what’s happened?

A: I’m delighted. Years ago, I did a considerable amount of legal research on the origins of Section 27 as a young law professor. It was reasonably clear that the Payne v. Kassab test in much of the jurisprudence had nothing to do with what was originally intended.

Dernbach is co-author of the forthcoming book Legal Pathways to Deep Decarbonization
in the United States with Michael Gerrard of Columbia University.