Environmentalists want more action from Tom Wolf. More talk would be nice, too 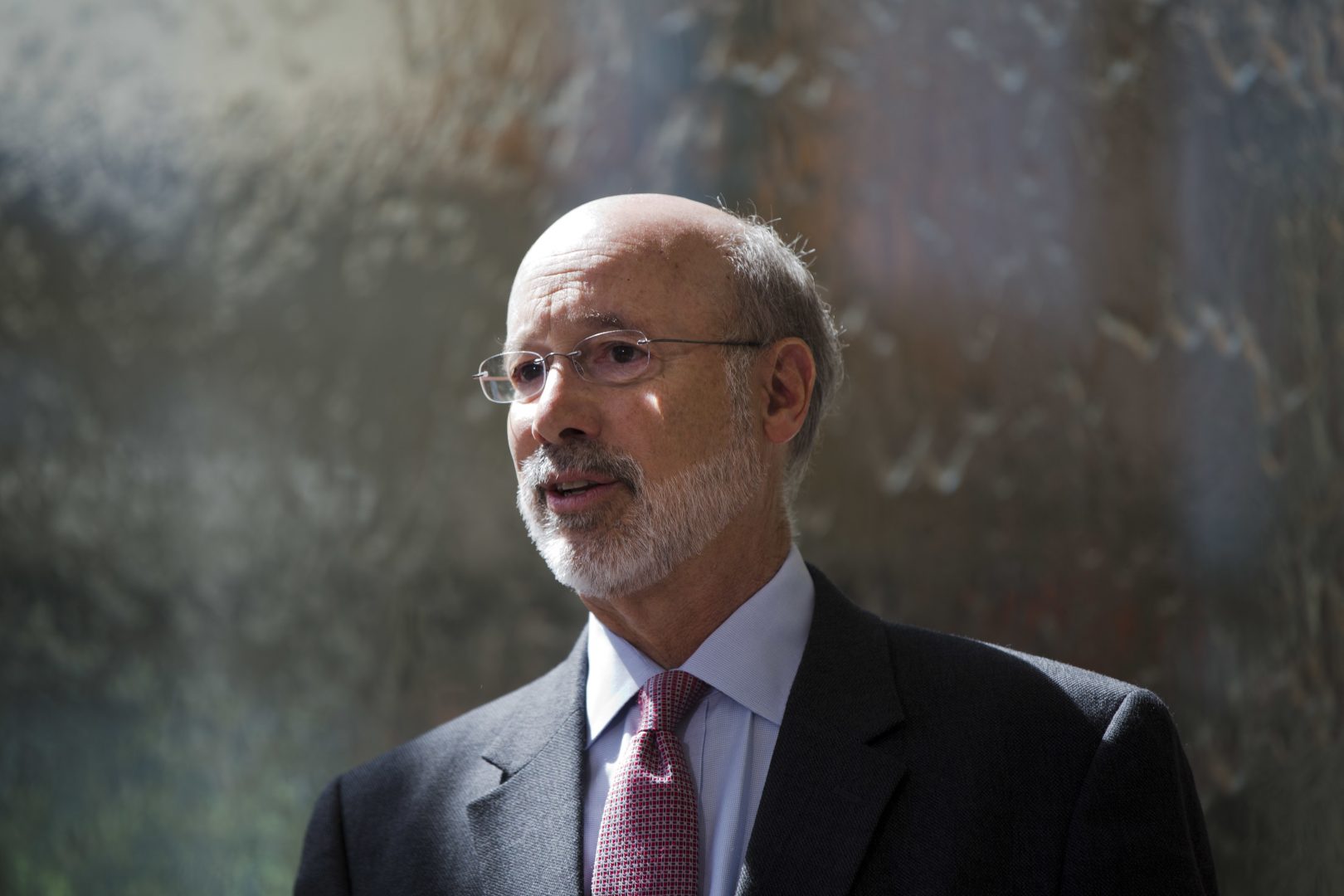 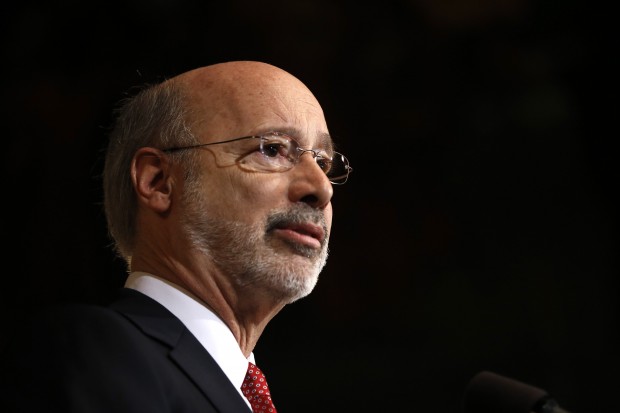 Environmental groups are pushing Governor Tom Wolf to advocate more for green causes as the Democrat gears up for the final year of his first term and runs for reelection.

Wolf will deliver his fourth budget address Tuesday—the annual speech to the legislature that lays out his priorities.

Many environmentalists say his record, so far, has been disappointing.

Joe Minott, executive director of the Philadelphia-based Clean Air Council, thinks Wolf has potential, but he hasn’t lived up to it yet.

“If I were a professor and he was my student, he would get an ‘incomplete’ at this point,” Minott said. “I don’t think he has an environmental win where he can proudly say, ‘Yes, I committed to doing this. I pushed it through the legislature, and now the environment is now better protected.'”

Mark Szybist, of the the Natural Resources Defense Council, wants to see more leadership from the governor on clean energy.

“Obviously, there are challenges with the general assembly as it’s currently constituted,” Szybist said. “But the assembly won’t get any better without Governor Wolf pushing it.”

Andrew Williams, director of regulatory and legislative affairs for the Environmental Defense Fund, gives Wolf credit for positive proposals, but said “there hasn’t been enough concrete action from the administration. Hopefully in 2018 we’ll see steps that move us further down the road.”

“I think, generally, the governor is afraid of the legislature,” he said.

For their part, Wolf staffers say they are working diligently in a tough political environment. For example, they point to a bill Wolf signed last fall, aimed at boosting solar power. He also pushed through a package of stronger regulations for Marcellus Shale gas drillers. He banned further leasing of state park and forest land for oil and gas development.

Republican legislators, meanwhile, have been introducing bills aimed at limiting the executive branch’s ability to implement new regulations. Many have criticized the Wolf administration for overstepping its authority.

“It’s a polarized space in Pennsylvania,” said Sam Robinson, Wolf’s deputy secretary of policy and planning. “The governor has—throughout—pushed for a balanced approach to the regulation we’re doing.”

That sentiment is echoed by David Hess, a former state Department of Environmental Protection Secretary under Republican Governor Tom Ridge. He now lobbies for the Pennsylvania Environmental Council, and says it’s harder to get good environmental policy done in the current political climate.

“I think I know where Governor Wolf’s heart is on environmental issues,” Hess said. “The difficulty has been this tug of war between House and Senate Republicans and the governor.”

Wolf irked many in the environmental community last summer when he backed a Senate bill that would have imposed a severance tax on the natural gas industry. It contained several provisions that would have altered the way the state Department of Environmental Protection functions. Although the bill ultimately did not advance in the House, it called for outsourcing the department’s permit reviews to third-party contractors. It also allowed for the automatic approval of certain oil and gas permits. The bill was criticized by former state environmental secretaries of both parties as unworkable and legally questionable.

When it comes to the pressing global issue of climate change, many environmental advocates complain Wolf is on the sidelines. He made national news in 2016 when he announced plans for new methane controls for oil and gas sites. Methane is the main component of natural gas and is dozens of times more potent as a heat-trapping gas, compared to carbon.

Two years later, though, his administration is finalizing permit requirements for new emission sources, but it has not yet proposed new regulations for existing oil and gas infrastructure.

“It’s hard to take his public commitments to action on climate change seriously, when in his own state, he’s not actually taking real steps,” said Veronica Coptis, executive director of the Washington County-based Center for Coalfield Justice.

The governor hasn’t followed through on a campaign pledge he made to join the Regional Greenhouse Gas Initiative. It’s a market-based program among northeastern states to reduce emissions. At a news conference Friday, Wolf denied ever pledging to join the initiative.

“I don’t remember making that promise,” he said. “In fact, I do remember—I didn’t make that promise.”

In fact, he did. It was part of his official platform, which is still visible on a cached version of his campaign website. In 2014, while running for office, he said, “I want to be part of any compact that makes our air cleaner, and I think RGGI tries to do that.”

Green groups have criticized Wolf for not joining the U.S. Climate Alliance, which is a bipartisan group of state governors pushing back against President Donald Trump’s decision to withdraw the U.S. from the Paris climate agreement.

Wolf is one of three Democratic governors who has not joined. He’s dismissed it as a  “symbolic gesture,” saying Pennsylvania is already on track to meet the Paris goals.

It’s unlikely the legislature would support any effort Wolf made to cap carbon emissions, but environmentalists say his refusal to join the alliance is also symbolic.

“He doesn’t seem to have taken a very strong public stance on climate change, which most people think is an existential threat to our very survival,” Minott said.

Minott and others say they’re still hoping to see more concrete action on the environment from the governor later this year, or if he gets a second term.