Gov. Tom Wolf said he could not remember a campaign pledge he made to join a regional effort to cap carbon emissions. 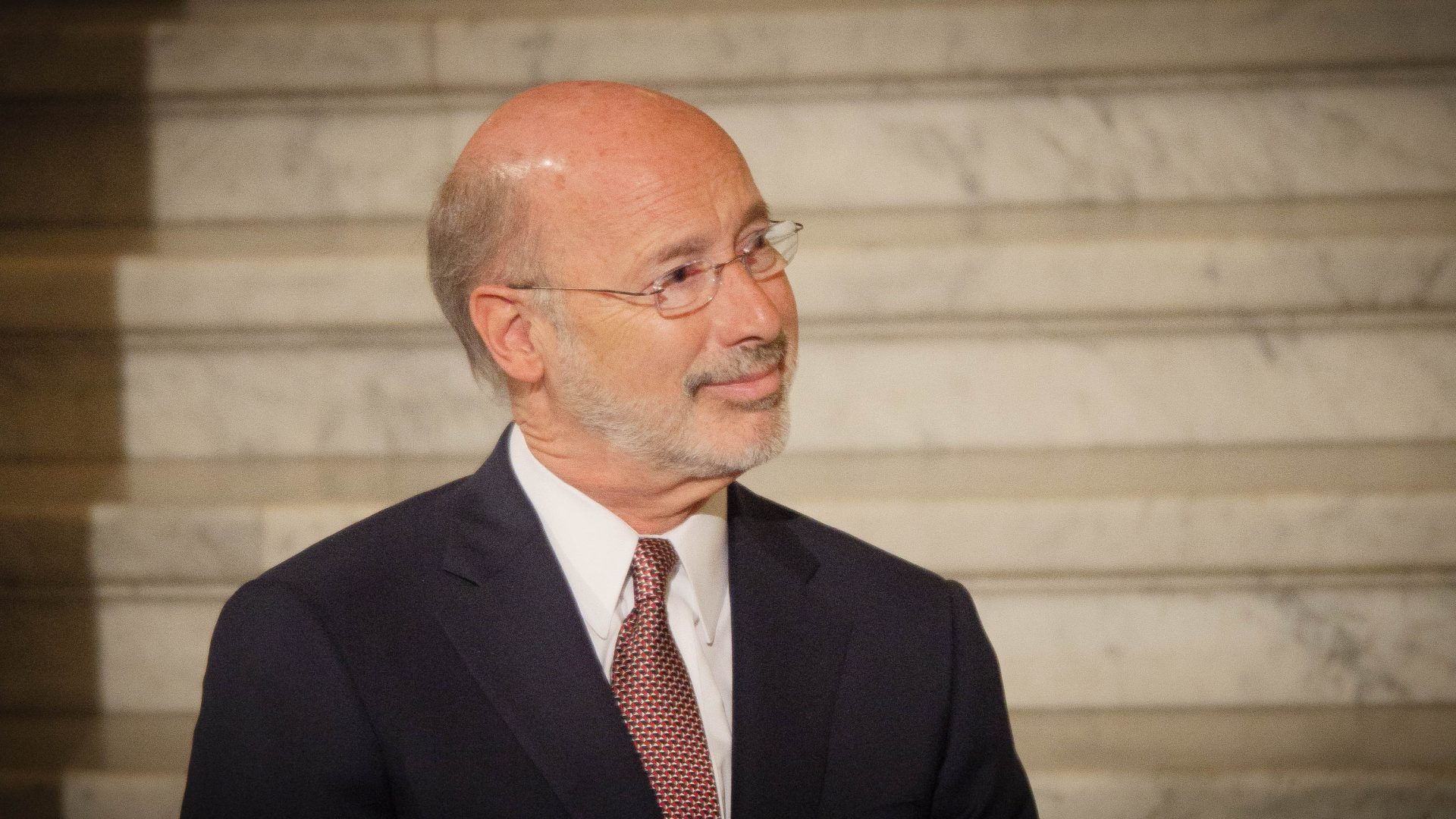 Gov. Tom Wolf said he could not remember a campaign pledge he made to join a regional effort to cap carbon emissions.

“I don’t remember making that promise,” he said, following a news conference about oil and gas permitting changes. “In fact, I do remember I didn’t make that promise.”

In fact, he did. Joining RGGI was part of his campaign platform when he ran for governor in 2014. According to the U.S. Energy Information Administration, Pennsylvania is the third largest emitter of carbon dioxide among states.

When asked why Pennsylvania hasn’t joined the U.S. Climate Alliance, he dismissed it as a symbolic gesture. The alliance is made up of a bipartisan group of 16 governors. It was formed in response to President Donald Trump’s decision earlier this year to withdraw the U.S. from the Paris climate agreement.

Global attention has now turned toward U.S. city and state commitments to reduce greenhouse gas emissions. Wolf is one of three Democratic governors who has not joined the Climate Alliance.

“We are actually doing things well beyond the climate agreement,” Wolf said. “We are on target to exceed the Paris agreement on carbon. I’m not sure what is served by the symbolic gesture of signing on to something we’re already doing a better job on.”

“Symbols matter, even when they don’t mark legal commitments,” Syzbist said. “Symbols are the way we communicate our values and goals–which certainly matter. They’re a large part of how leaders lead, or don’t.”

He called the governor’s comments disappointing.

“He doesn’t seem to have taken a very strong public stance on climate change, which most people think is an existential threat to our very survival,” said Minott.

It’s unlikely Pennsylvania’s Republican-controlled legislature would support any effort Wolf made to cap carbon emissions, but environmental groups have expressed frustration with what they view as the governor’s lack of leadership.

“When you have a bully pulpit like he does, you should be addressing the issue—talking about it. You can’t just throw up your arms and say, ‘We have a bad legislature so there’s nothing we can do,” said Minott. “That’s just too depressing for words.”