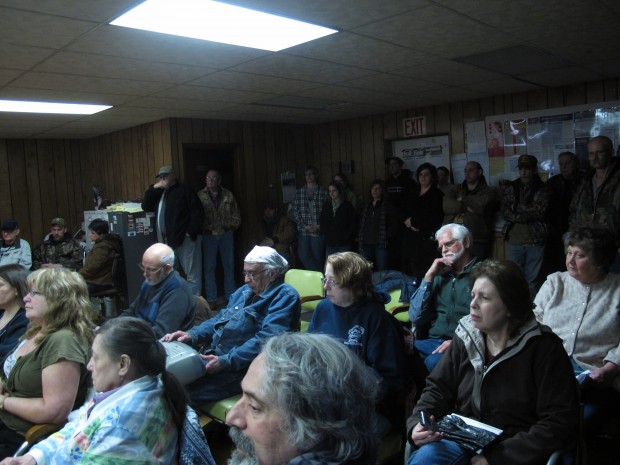 The Pennsylvania Department of Environmental Protection is suing two rural townships that attempted to block underground disposal wells for oil and gas wastewater.

On Monday DEP approved two new injection well permits in Highland Township, Elk County, and Grant Township, Indiana County. In its public announcement, the agency didn’t mention it was filing a lawsuit against the townships the same day.

DEP spokesman Neil Shader says the department isn’t trying to retaliate against the townships, rather it wants the court to rule on what takes precedence– state law, or the townships’ home rule charters, which explicitly ban injection wells.

“We filed the petitions to get clarity,” says Shader. “We’re just really targeting these specific parts of their home rule charters that deal with the underground injection wells.”

Both local governments have spent years fighting the injection wells. They’ve been counseled by Community Environmental Legal Defense Fund (CELDF)– a group which embraces novel, and largely unsuccessful, legal tactics for communities to fight unwanted projects around the country.

Grant Township Supervisor Stacy Long says “disappointed” is not a strong enough word to describe how she feels about the DEP permitting an injection well in her community. She adds the lawsuit was completely unexpected.

“I find it ironic the Department of Environmental Protection is suing my township because we want to protect our environment,” says Long.

Injection wells are controversial, largely because they’ve been linked to a sharp uptick man-made earthquakes. The DEP says it has imposed special conditions on the permits which will allow them to be operated safely. The state also recently expanded its seismic monitoring network, in an effort to keep a closer eye on earthquake activity.

“Let’s be clear: our state agencies, tasked with ‘environmental protection,’ are legalizing harmful activities by issuing permits to corporations with histories of violations,” CELDF organizer Chad Nicholson said in a statement. “And, they are doing so against the will and sovereign law of the people who live in the community.”

Aside from the two new injection wells permitted this week Pennsylvania already has six active injection wells, according to DEP. Two more have pending permit applications.

In Pennsylvania, Trump's climate order met with anger and relief