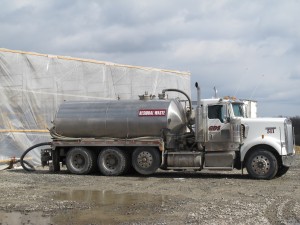 A federal court has struck down efforts by a small community in western Pennsylvania to ban oil and gas waste disposal wells. It also refrained from ruling on whether or not an ecosystem had “personhood” status with the courts, and reiterated previous court decisions that struck down parts of the state’s new oil and gas law as unconstitutional.  The decision by U.S. Magistrate Judge Susan Paradise Baxter this week is a blow to environmentalists and residents of Grant Township, Indiana County, who sought to use an unconventional legal strategy to block plans for a waste disposal well.

Grant Township passed what it calls a “community bill of rights.” These ordinances have been promoted by the Community Environmental Legal Defense Fund, which promises to defend them in court. The nonprofit helped the city of Pittsburgh pass its ban on fracking. And several other Pennsylvania municipalities have passed their own versions of a community bill of rights.

Pennsylvania General Energy, which has approval from the EPA to convert a former gas producing well into a waste water disposal well, sued the township.

PGE argued that state law prevented Grant Township from banning disposal wells for several reasons. Municipalities can zone for different categories of activities, such as residential or industrial, but they cannot outright ban a legal activity within their boundaries. And they cannot write laws that reject federal and state statutes and regulatory authority. Not surprisingly, the judge agreed with PGE.

“Although Defendant wishes it were not so,” wrote Baxter, “the development of oil and gas (which necessarily includes the management of waste materials generated at a well site) is a legitimate business activity and land use within Pennsylvania.”

PGE also argued that Act 13 prohibited all local zoning that conflicted with state oil and gas laws. But Judge Baxtor rejected that argument, pointing to the Commonwealth Court’s determination in the Robinson Township case that the local zoning preemption in Act 13 for oil and gas activity is unconstitutional.

Grant Township residents also argued that the Little Mahoning Watershed should be granted “personhood” in order to intervene and be represented in the case.

Judge Baxter said the watershed’s interests were already well represented by the township. 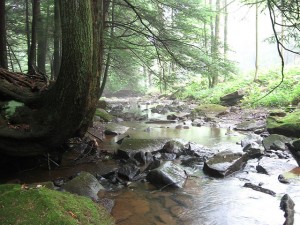 “As to the issue of whether the Little Mahoning Watershed, an ecosystem, has standing under the law, no determination need be made here,” Baxter wrote. “Clear and convincing evidence has not been produced to show that Defendant’s vigorous defense of the Ordinance, the terms of which protect the Watershed in all of its locations, do not line up precisely.”

In a statement, Pennsylvania General Energy said it was happy with the ruling.

“PGE is pleased with the Court’s ruling affirming that Grant Township’s ordinance aimed at prohibiting a legitimate business activity within its borders is invalid and preempted by state laws.”

PGE would still need to apply for permits from the Pennsylvania Department of Environmental Protection.

A statement released by CELDF criticized the ruling, saying the community should be able to write laws to protect its rights.

“Communities like those in Grant Township are now joining with other communities and groups to build a statewide movement to eventually change the state constitution to recognize the people’s right to adopt laws like Grant’s. Yesterday’s ruling, however unjust, will help to reveal how the current system works, and may serve as a catalyst for the larger statewide change that is needed to protect our communities from corporate harms.”

The statement said Grant Township is considering an appeal to the Third Circuit.