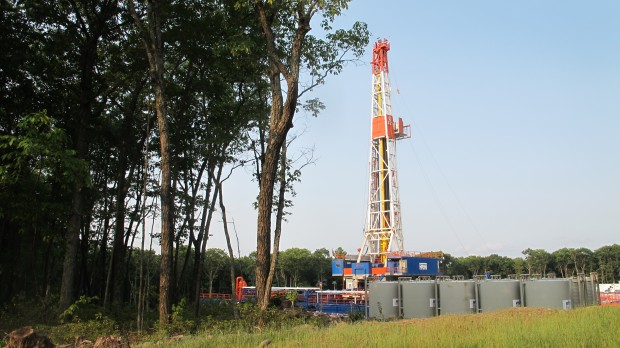 Moody's says local governments budgets are taking a hit from the slower pace of drilling in Pennsylvania.

“The data show that hydraulic fracturing has been very important to these towns,” says Moody’s analyst Michael Higgins.

But he points out that as natural gas production has risen over the past three years, the impact fee distributions to local governments declined. Pennsylvania is the only major energy-producing state that doesn’t tax gas production. Instead, an impact fee is levied on each well.

Depressed natural gas prices have curtailed new drilling, and newer wells generate the most revenue. Among the 7,450 wells in Pennsylvania aged four years or older, about a quarter were not charged an impact fee at all– either because they’d been plugged or produced so little gas they were exempt.

In some smaller townships, the impact fees can account for nearly 50 percent of revenues.

Counties have fared better, with the fees ranging from 5.4 percent of total government revenues in Washington County, to as high as 14.9 percent in Bradford County. Overall, the trend is negative, with many local governments seeing declining revenues. According to a Moody’s analysis, eight counties (Tioga, Potter, Venango, Forest, Armstrong, Indiana, Clearfield, and Centre) saw impact fee revenue decline by 40 percent or more between 2013 and 2015.

The fees are expected to hit a record low this year. Pennsylvania’s Independent Fiscal Office projects they will generate $174.6 million–down 7 percent compared to last year. It’s a 23 percent decline since peaking at $225 million three years ago.

For nearly a decade, state lawmakers have debated whether to enact a severance tax on gas production.

On Tuesday Governor Tom Wolf renewed his call for the severance tax. Under his proposal, drillers would pay a 6.5 rate on gas production. The current impact fee would be left in place and gas companies could get a tax credit for the amount they pay in fees. Republicans, who hold a majority in the state legislature, argue a new tax would hurt job creation and have vowed to block the plan.