People just released from prison could save themselves a lot of time and frustration if they talk to Robert Scott, the director of justice services at HOPE Community Services – a nonprofit that partners with the state to help people with behavioral health challenges.

Scott leads a team that helps especially vulnerable people leaving state custody get back on their feet.

It may be counterintuitive, but Scott says in a lot of ways finishing a prison sentence is just the beginning of a person’s trek through the justice system. 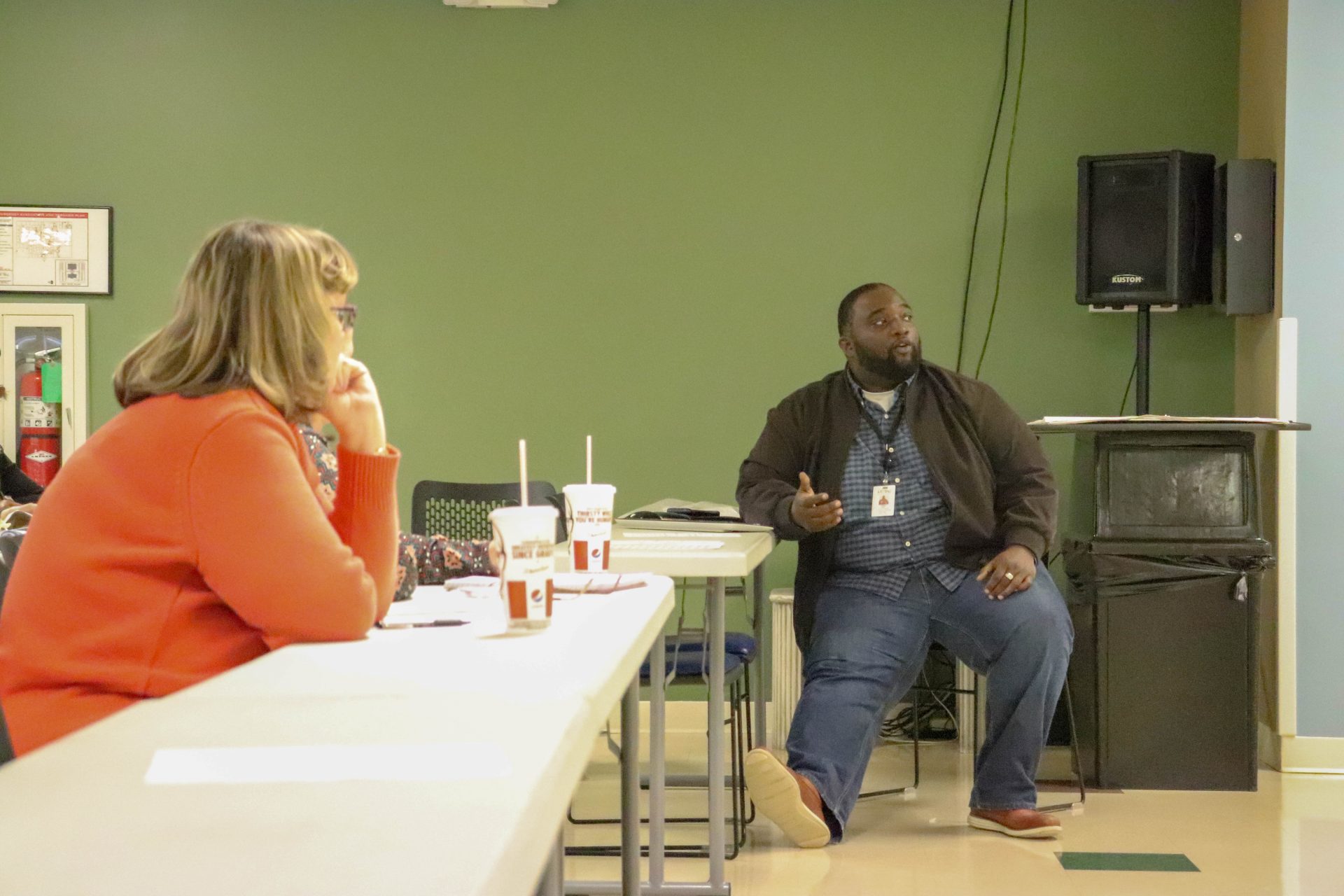 Robert Scott leads says the classes will give HOPE a few dozen extra employees who know the basics of reentry case management.

Scott sits at the front of an open room filled with long tables and 29 HOPE employees. They’re taking time out of their lunch break to learn how they can join an effort to help more than 450 people released from prison in November. Those people need homes, jobs, transportation and help with addictions and mental illness.

In an average year, the Oklahoma Department of Mental Health alone helps around 500 people transition out of prison and back into society. So, when several hundred prisoners were released in a single day, the department and non-profits like HOPE realized they needed to make a plan. That’s where Scott’s team can help.

“We wanted to prepare our staff for that huge influx of people who would be coming in,” Scott said.

They guide people who need the most help through the early stages of reentering society after prison every day. Scott says they connect them to the basics like felon friendly employers, housing, medical services and other things people need when they leave prison.

The point is to provide treatment and hopefully prevent people from going back to jail, but the team has a limited bandwidth. At any given time they’re helping 30 people at most.

The mass release is a result of the largest single-day commutation in U.S. History. It was made possible by recent legislation and a voter initiative that reduced penalties for certain drug-related crimes like possession.

Before they left prison, 75 people said they were coming to HOPE for guidance. 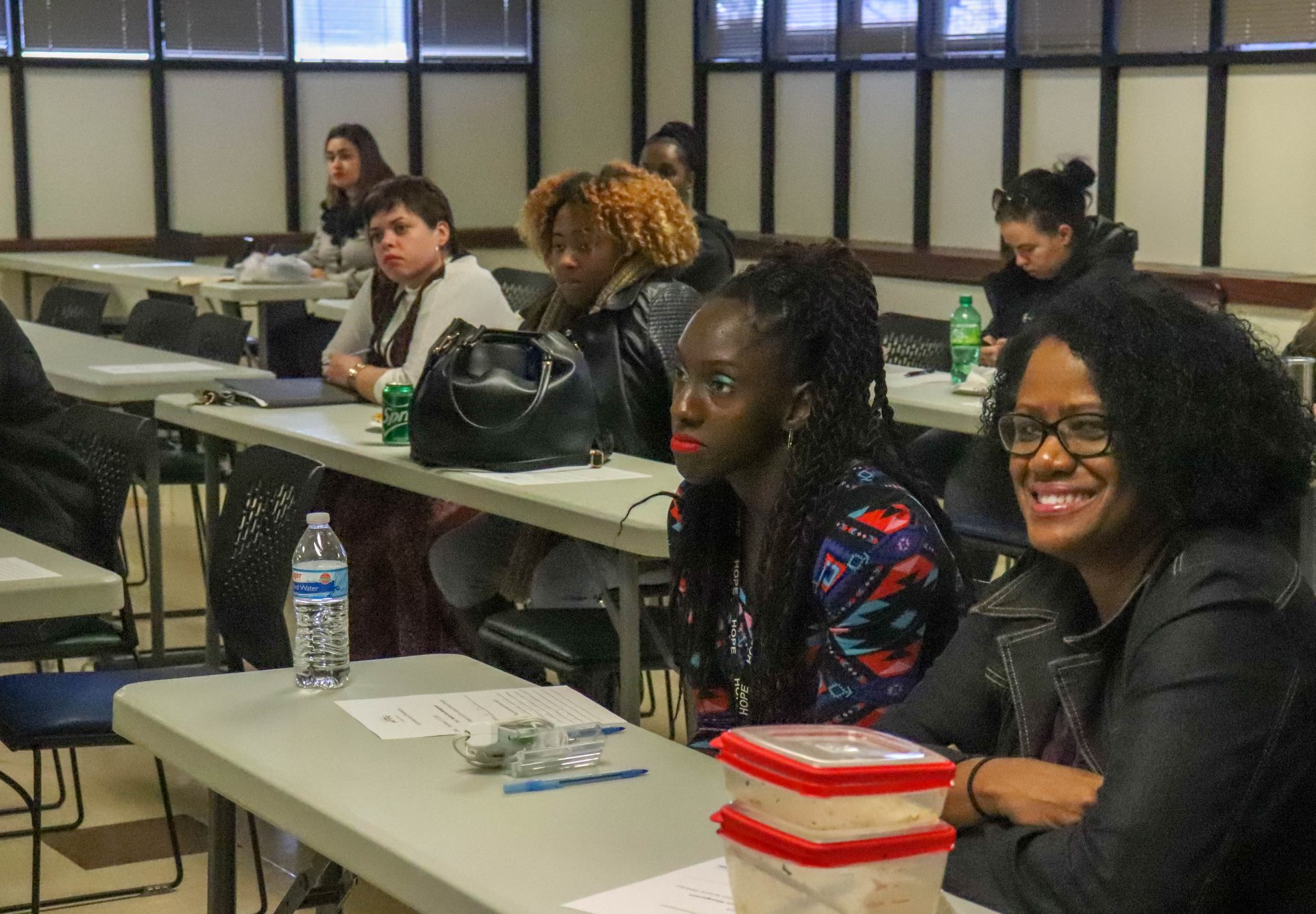 The additional case managers will help HOPE accomodate around 75 former prisoners they expects to see eventually.

To prepare, the nonprofit recruited dozens of their employees who don’t specialize in prison reentry and sent them to class with Scott.

“So now we have case managers who’ve never worked in reentry (and) never worked in justice services,” Scott said. “They do understand employers in Oklahoma City, felon friendly housing providers, they understand the need for court advocacy…”

The class – which Scott calls Reentry Case Management 101 – is an example of how nonprofits and state agencies are adapting. Not all of the released prisoners will look for help, but the ones who do could overwhelm small teams like Scott’s.

So far, “we’ve had 17 people come in for intake who had sentences (commuted),” Scott said.

HOPE is one of more than a dozen organizations the Oklahoma Department of Mental Health and Substance Abuse Services partners with to help people living with behavioral health conditions around the state.

Nisha Williams with the department says for years they’ve had employees inside state prisons identifying people who especially need to be connected with services once they’re released.

“We essentially just looked at expanding the services and the opportunities that were already there,” Williams said.

Williams says the Department of Mental Health recognized transition fairs planned by the governor’s office and the Department of Corrections were an important resource. The agency asked its employees embedded in prisons to attend the fairs and connect prisoners on their way out with services.

Those fairs are where Robert Scott found out how many people were planning to come to HOPE.

James Smith is a 36-year-old former prisoner released in November.

“Before they released us they had job fairs and they gave us the info about people that would help us,” Smith said.

The transition fairs weren’t an option during Smith’s last two prison releases. He says he had a harder time getting back on his feet both times. But, this time he’s made new connections and he’s hopeful.

Smith’s release was made possible by legislation co-authored by House Majority Leader Jon Echols (R — Oklahoma City) and Representative Jason Dunnington (D — Oklahoma City). However, that legislation did not address how people would transition back into society.

Echols says the problem is bigger than one bill.

The majority leader says even if more funding for reentry services were freed up immediately, there aren’t enough organizations like HOPE in the state that money could be spent on.

“We’re going to need to steadily increase this but we have a provider shortage period,” Echols said.

Echols believes legislators can bring more service providers into the state by steadily increasing funding over time. But right now, he says the shortage is no reason to halt reforms calling for more prison releases. 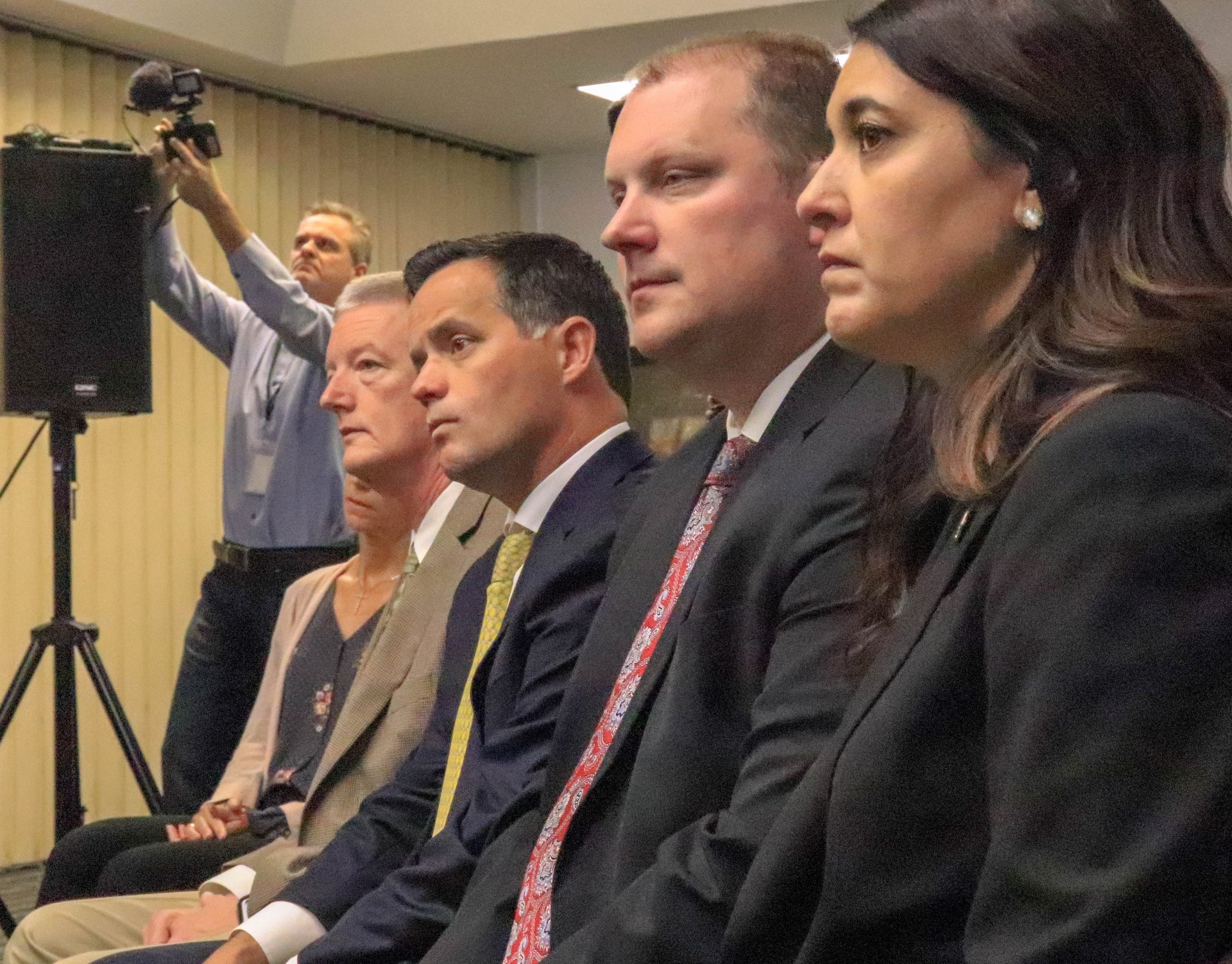 House Majority Leader Jon Echols (second from right) listens to the Pardon and Parole Board Meeting during which board members recommended more than 450 state prisoners’ sentences be commuted at once.

Looking to the future

As his class draws to an end Robert Scott invites HOPE employees to email or call him if they have questions.

He feels like they are prepared for the expected rush, but they need all hands on deck.

On Friday, a criminal justice task force created by the governor will release its report.

Members said earlier this week that it will include recommendations on how to build on the transition fairs and help connect people with resources after their release.