Michelle Salvaggio, Medical Director of the Infectious Diseases Institute at the University of Oklahoma Health Sciences Center, holding one of the drugs she prescribes to her HIV/AIDS patients. 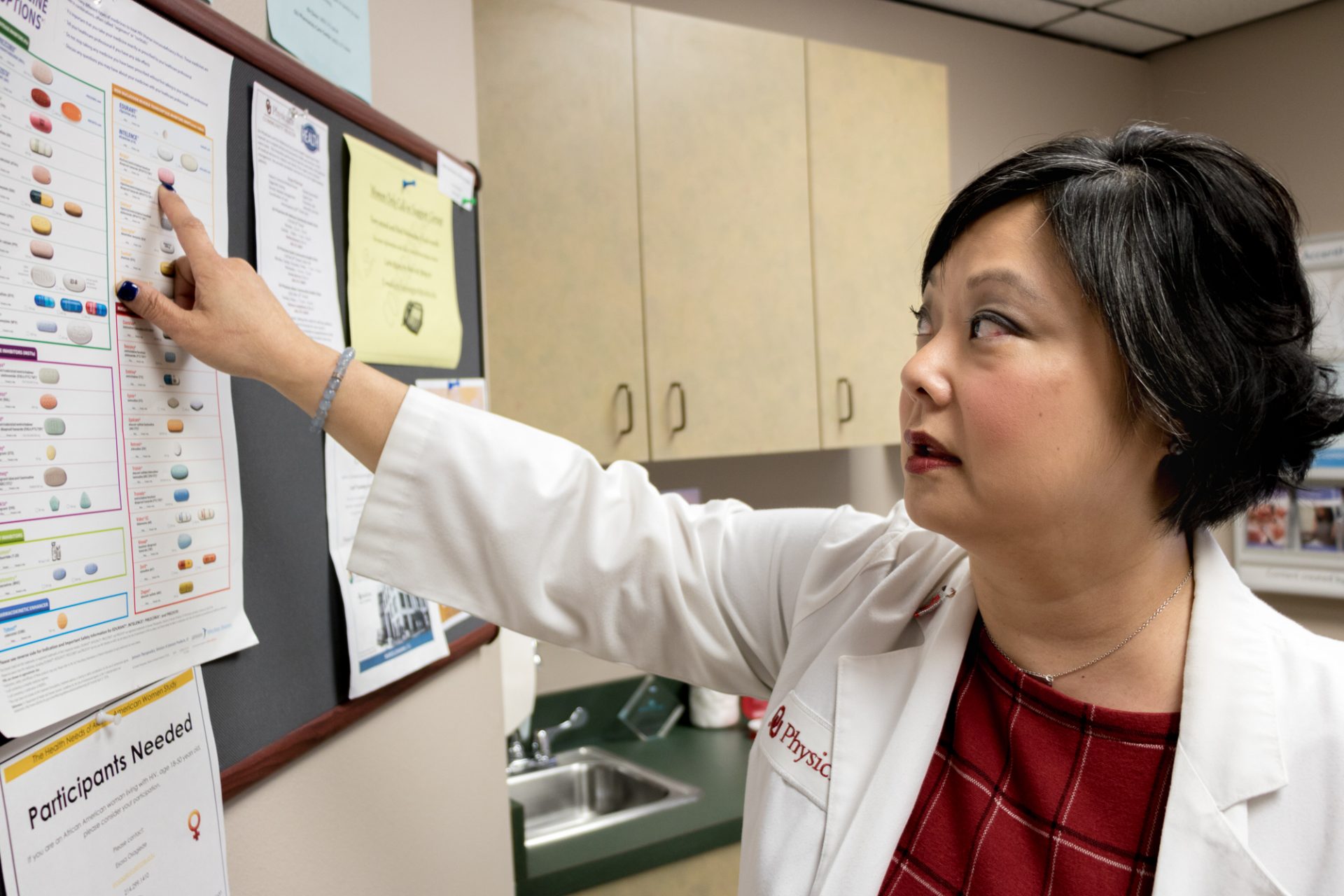 Dr. Michelle Salvaggio, medical director of the Infectious Diseases Institute at the University of Oklahoma Health Sciences Center in Oklahoma City, points to drugs used to treat HIV/AIDS. Medical advancements since the epidemic surfaced in the 1980s have helped many of her HIV-positive patients lead healthy lives.

One of the goals President Donald Trump announced in his State of the Union address was to stop the spread of HIV in the U.S. within 10 years.


Health officials and doctors treating patients with HIV in those states say any extra funding would be welcome. But they say strategies that work in progressive cities like Seattle won’t necessarily work in rural areas of Alabama, Arkansas, Kentucky, Mississippi, Missouri, Oklahoma and South Carolina.

Stigma around HIV and AIDS and around being gay runs deep in parts of Oklahoma, said Dr. Michelle Salvaggio, medical director of the Infectious Diseases Institute at the University of Oklahoma Health Sciences Center in Oklahoma City. The institute is one of two federally funded HIV clinics in Oklahoma; the other is in Tulsa, the state’s second-largest city.

A Long Drive For Anonymity

Salvaggio’s clinic has six exam rooms where she sees patients, many of whom drive hours for treatment. The clinic used to employ a case manager in rural Woodward County, a little more than two hours’ drive northwest of Oklahoma City.

But Salvaggio said that ended up being a waste of money. “We had to let that position go because nobody would go see her,” Salvaggio said. “Because they didn’t want to be seen walking into the HIV case manager’s office in that tiny town — that can only mean one thing.”

In Oklahoma, as in much of the U.S., black gay and bisexual men have the highest risk of HIV infection. Other groups with elevated risk in Oklahoma include Latinos, heterosexual women and Native Americans.

Salvaggio applauds the goal of ending HIV transmissions within 10 years but said she doesn’t think it’s feasible in Oklahoma. The plan fails to recognize the particular ways different populations experience the epidemic, she said.

Native Americans in Oklahoma, for example, can’t count on the anonymity of a large health clinic.

“When they go into an Indian Health Service clinic, it is possible that they will see their cousin behind the desk, and their cousin’s brother-in-law working in medical records, and their niece’s boyfriend working in the pharmacy,” Salvaggio said.

Even if Native Americans have access to HIV care at the clinic, she said, “they are literally in fear of being outed.” 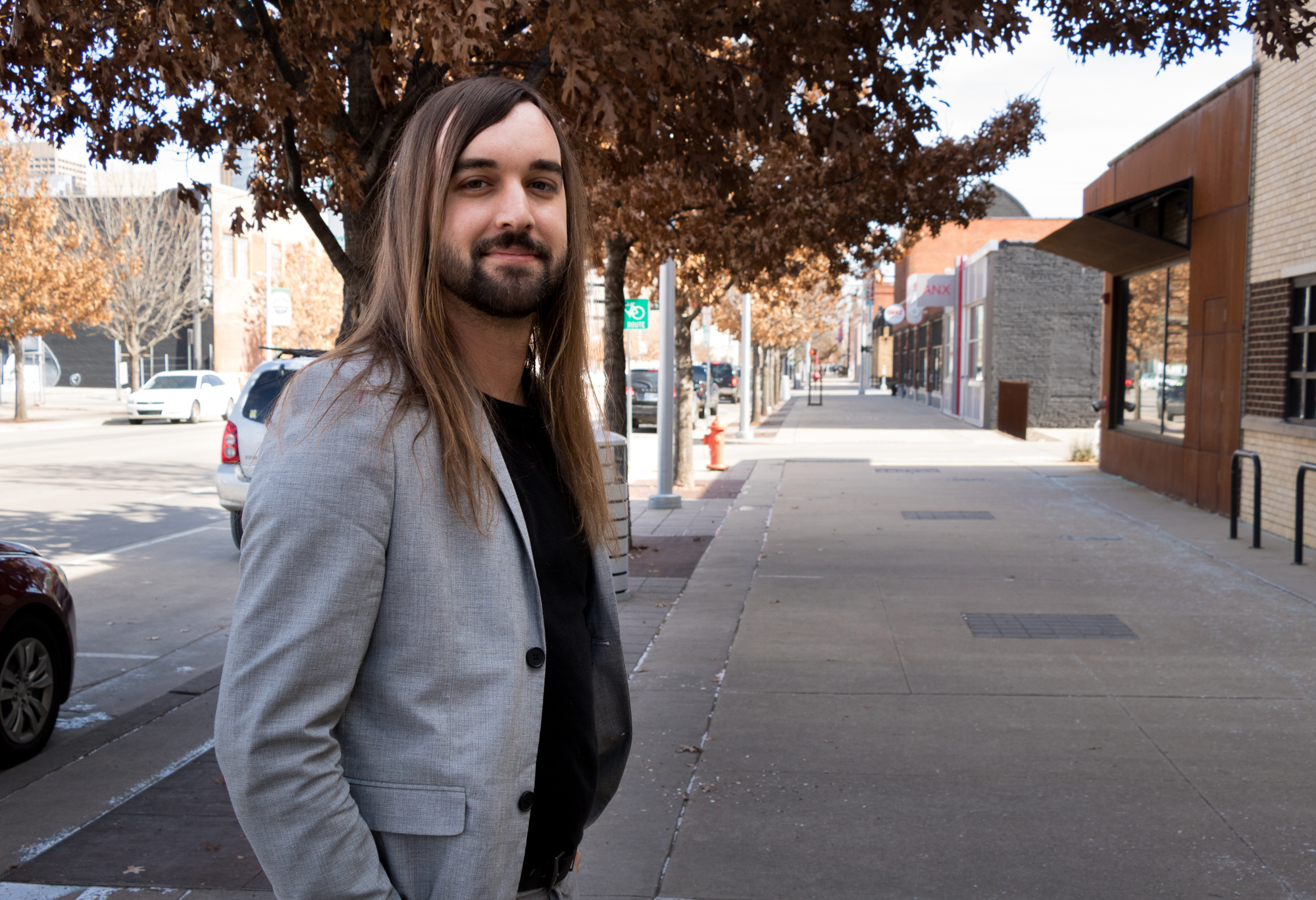 Ky Humble, who now lives in Oklahoma City, says there needs to be more support for people who are HIV-positive.

Ky Humble’s hometown is Afton, Okla., which had a population of about 800 when he was growing up. He belongs to the Cherokee Nation and was raised a Southern Baptist. He doesn’t remember learning about HIV at all when he was in school.

“Even if I did, it clearly wasn’t enough,” Humble said. “I knew I was gay in middle school; I think I would have paid attention.”

When he was diagnosed with HIV six years ago, at age 21, Humble felt as if his life was ending.

“I knew that that was a thing, [but] I was very ignorant,” he recalled. “I was two weeks away from graduating from college — you’re supposed to be on top of the world. I thought it was a death sentence.”

He called his mom right away. She immediately drove across the state to be with him.

“We just sat there and cried for six hours straight,” Humble said. “And then we actually went [out] and bought several books on HIV, and just started reading them — to try to figure out what was going on.”

Today, Humble is healthy. His HIV levels are undetectable and he gets regular medical treatment to keep it that way. He now lives in Oklahoma City, but his family still lives in his hometown. He said some people back in Afton know he has HIV, and some don’t.

“It’s like coming out as diabetic,” Humble said. “I don’t necessarily tell people that I’m HIV-positive. It’s just part of who I am; it doesn’t define me.”

He said he is cautiously optimistic that the Trump administration’s plan could mean more funding for HIV prevention in Oklahoma. But rural Oklahomans, Humble said, also need access to “wraparound services” — such as food pantries, mental health therapy and transportation assistance — to help them deal with the disease.

“I have friends who have HIV and live in rural areas, and just getting to appointments is challenging,” he said. 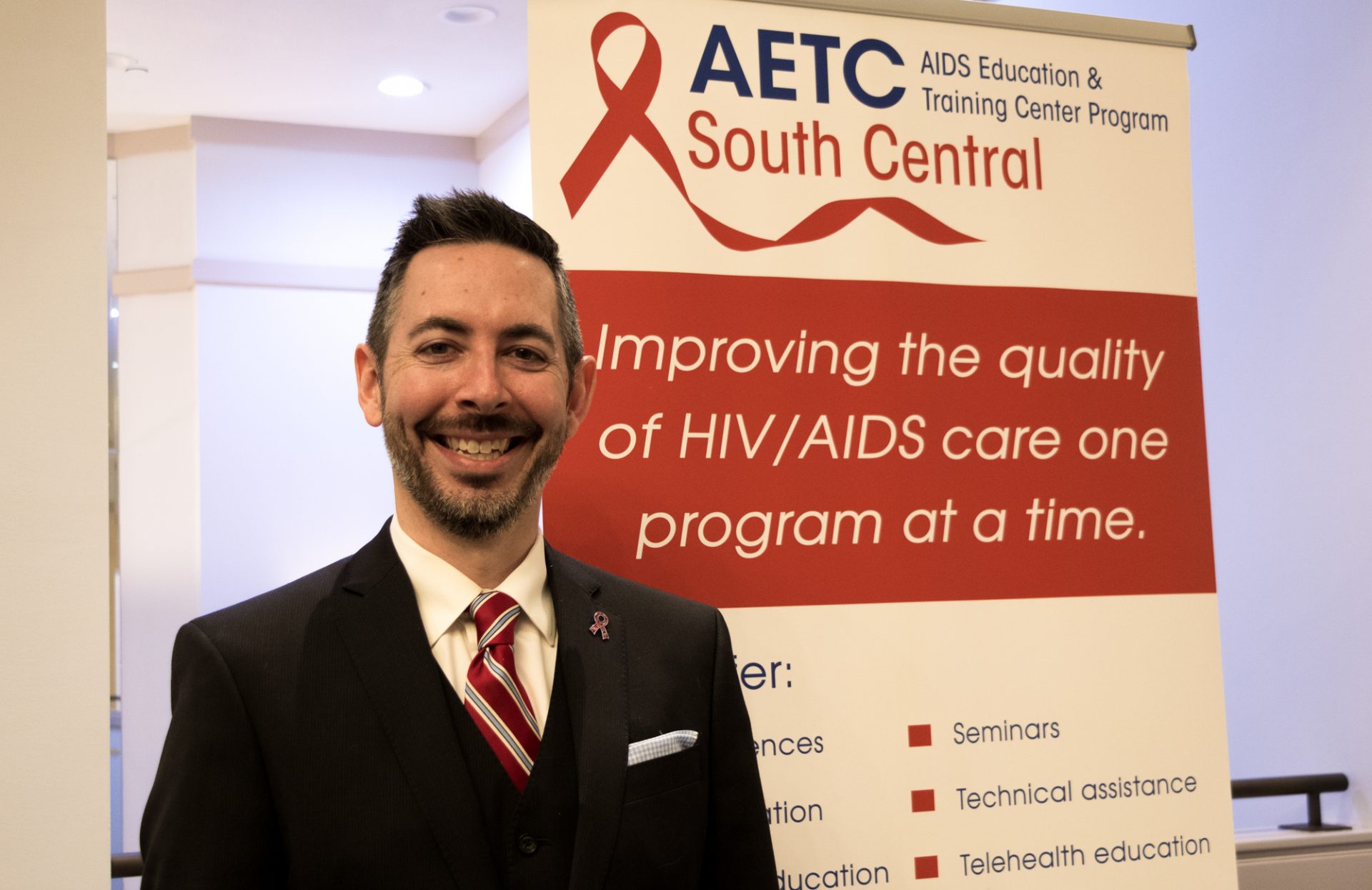 Andy Moore, Clinic Administrator of the Infectious Diseases Institute at the University of Oklahoma Health Sciences Center at a conference on HIV and AIDS in rural Oklahoma, just days after President Trump’s announcement.

Exactly how much money the president’s HIV plan will get is up to Congress. But even inexpensive, proven methods for fighting HIV — like distributing condoms — can be a tough sell in a state that doesn’t mandate comprehensive sex education.

Informational HIV talks with teenagers often turn into a basic health class for dispelling myths, said Andy Moore, clinic administrator of the Infectious Diseases Institute at the University of Oklahoma.

“We’ve had teenagers write questions like ‘I’ve heard that if you douche with Mountain Dew after sex that it kills sperm,’” Moore said. They earnestly want to know if that’s true. “We have to back way up and explain what sex is, how babies are made, different types of sex — before we can teach them about HIV prevention,” he said.

Another issue in Oklahoma, Moore said, is that people aren’t getting diagnosed with HIV until they’re already sick because of AIDS, or close to that point.

“Which indicates that they didn’t get tested until they had been living with the disease for six, eight, 10 years,” Moore said. “We have one of the highest rates of late testing.”

Salvaggio said thousands of people across Oklahoma would need to be tested for HIV to reach the administration’s goal. And Oklahoma has the second-highest uninsured rate in the nation after Texas — meaning many people don’t have a primary care doctor, let alone prescription drug coverage for drugs like Truvada, which can be used to prevent HIV infection.

It’s also one of 14 states that haven’t expanded Medicaid under the Affordable Care Act. So, even if more people were tested for HIV, getting those who need it into treatment wouldn’t be easy, Salvaggio said.

Health care in Oklahoma is underfunded, she said, and couldn’t cope with a sudden influx of new patients. “I don’t know what we’d do with all those new patients,” she said. “We don’t have a facility to see them in, and we don’t have [the] providers.”