Posters on sexual health at Thrive's headquarters in Oklahoma City. 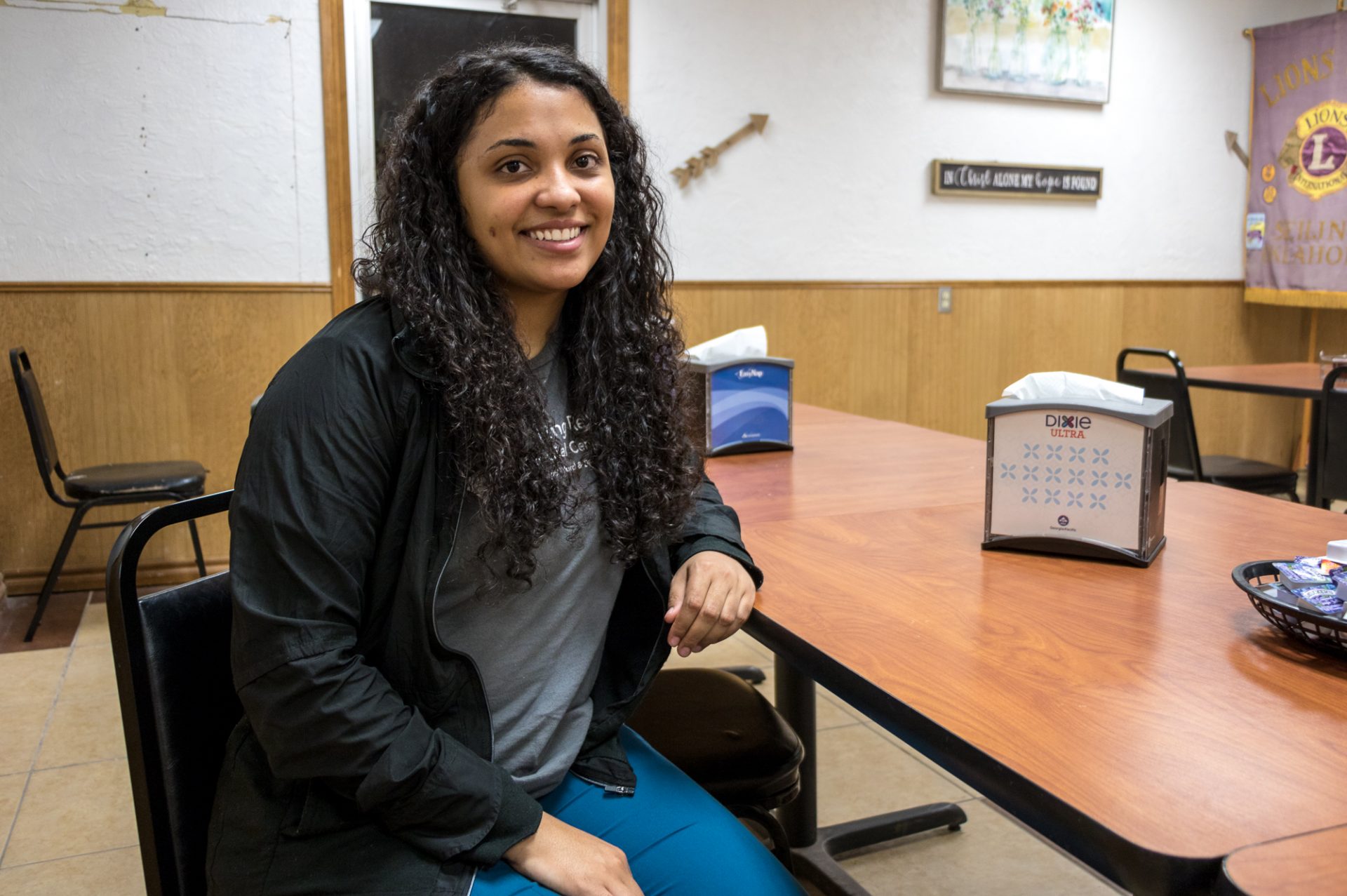 Kjelsea McDonald sits at the Crooked Arrow Cafe in Seiling, Okla. She worked as a waitress at the cafe when she was a high school student and pregnant with her first child.

Kjelsea McDonald just finished her shift as a nuclear medicine technologist at the Seiling Regional Medical Center. She’s still wearing her teal scrubs at the Crooked Arrow Cafe during the dinner rush. She worked as a waitress here for years, including when she was a junior in high school — and pregnant.

McDonald doesn’t remember getting any education on safe sex, pregnancy prevention or sexually transmitted diseases when she attended Seiling Public Schools. But five years after graduation she remembers that chlamydia, human papillomavirus, and herpes were the most prevalent STDs in the student population.

“I wasn’t properly educated,” she said. “I think that safe sex is super important to teach, just all across the board.”

About half of the states mandate sex education in schools, with the option for parents or guardians to opt their kids out. But in Oklahoma, the decision to teach sex education is left up to local school boards.

When it is taught, sex ed doesn’t have to be medically accurate and schools are required to stress abstinence. The Oklahoma State Department of Education does not track how many districts choose to teach sex education.

In many states that mandate sex education school boards have the final say on curriculum said Elizabeth Nash, senior state issues manager at the Guttmacher Institute, which studies reproductive health. That leads to a patchwork of sex ed experiences, including none at all. 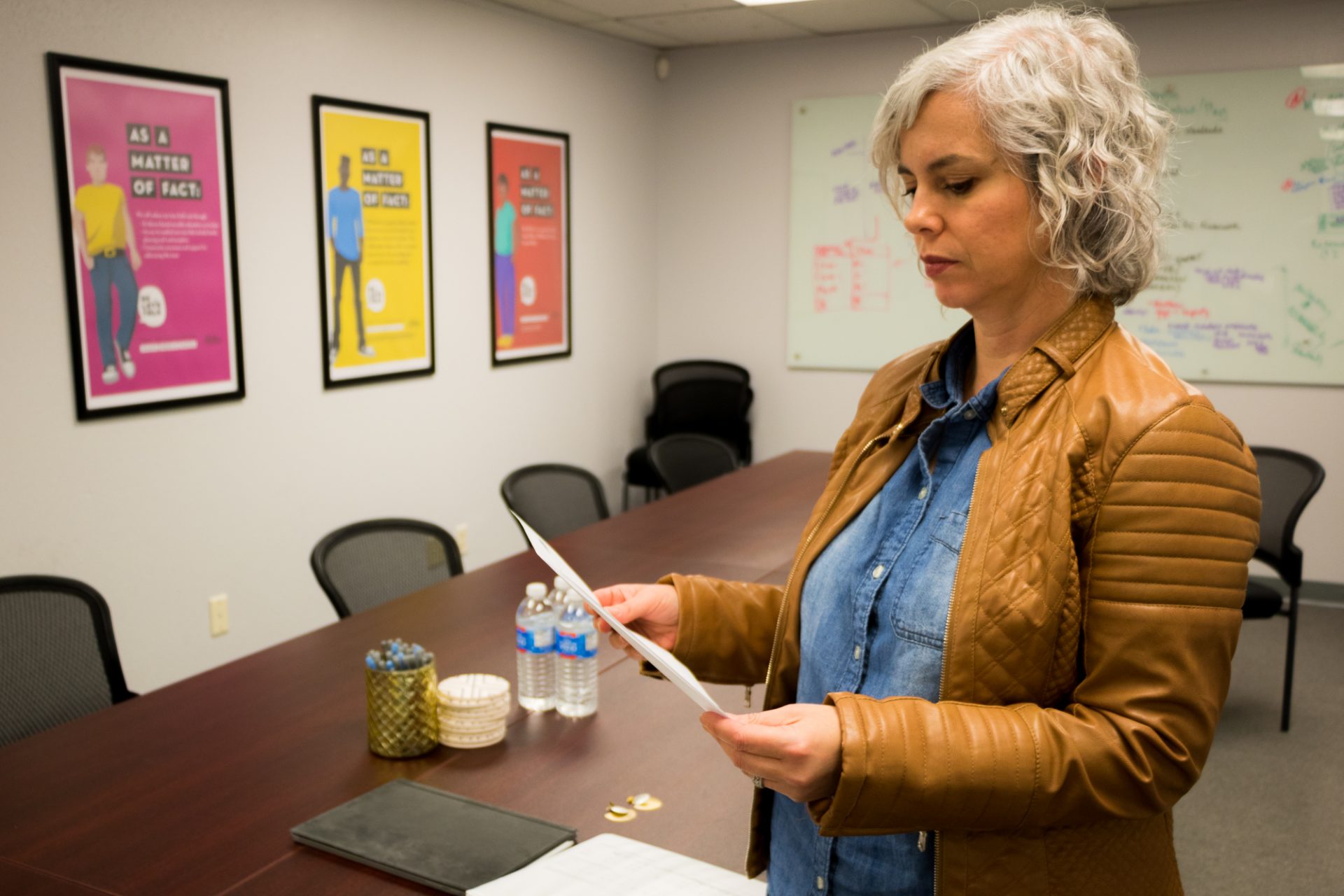 “Just anecdotally when we talk to people, most [adults] say their parents didn’t talk to them about sex,” said Laura Lang, CEO of Thrive, a collaboration of nonprofits that provide targeted school districts age-appropriate sex education that includes information on contraceptive use and abstinence, with the goal of reducing teen pregnancy in Oklahoma County.

Oklahoma has the third-highest teen pregnancy rate in the nation.

“Which means we have one of the highest teen birth rates in the developed world,” she said. In the metro areas of Oklahoma City and Tulsa, comprehensive sex education is being taught in schools, Lang said, and the teen birth rate is dropping. She credits federal funding that has paid for the focused approach in metro schools.

“But in some rural communities, other districts may not have that same access to organizations that are trained and well equipped to provide those trainings,” Lang said.

Senate Bill 50, introduced by Democratic State Sen. George Young of Oklahoma City, would require school districts to host communication training to teach parents medically accurate sex education so they can talk to their middle and high school students. Young says the bill has a local control element since the training is optional for parents, and school districts would decide which curriculum to use. 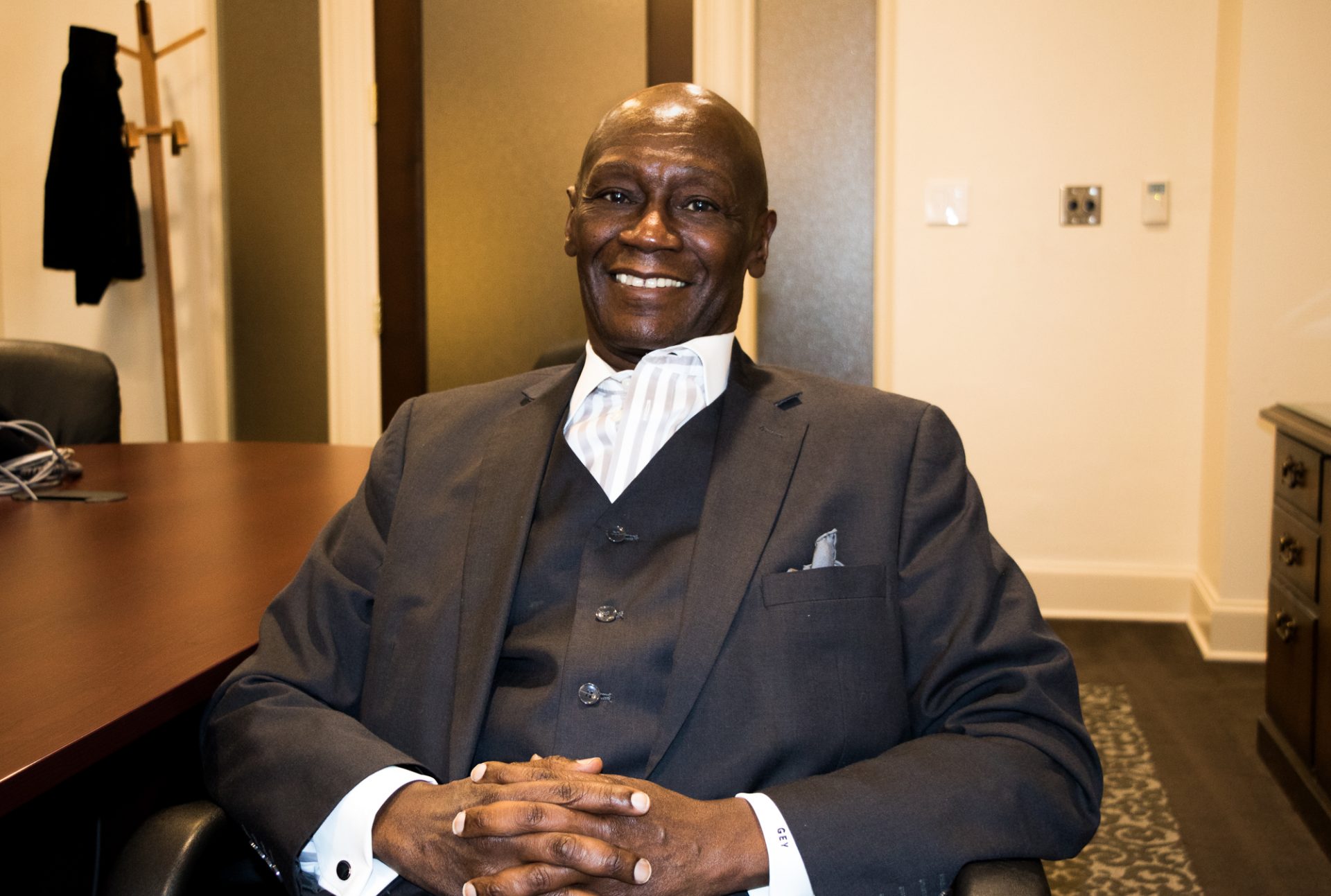 State Sen. George Young is reintroducing a bill that he says will give parents the tools to talk to their kids about sexual health.

“It’s really a no-cost kind of thing except time, and investment and encouraging parents in your community that this is important,” Young said.

In the House, Rep. Jacob Rosecrants bill, nicknamed Lauren’s Law, would require special training for teachers on consent and safe and healthy relationships. Rosecrants says it would be up to the school district how to teach the students the material.

“We’re going to add this idea of consent and healthy relationship to first of all the professional development part, and then so that schools can decide if they want to roll that out for themselves,” he said.

Versions of both bills were introduced during the 2018 legislative session and failed. Rosecrants says Lauren’s Law still enjoys bipartisan support and thinks the turnover at the state Legislature will improve its chances.

Even if lawmakers approve the legislation, the measures won’t require comprehensive sex education in Oklahoma, which Rosecrants is quick to point out.

Eight out of the 10 counties with the highest teen birth rates in Oklahoma were rural or mostly rural, like Dewey county where Kjelcea McDonald grew up. Now as a parent of three young children, she thinks state law should go further, and join about a quarter of states that require schools to teach medically accurate information.

“[Parents] don’t have all the medically accurate information, so to have somebody teach your kid that just knows what they are talking about, I am 100 percent behind that,” she said.

More than five years after high school, McDonald still gets calls and texts from local teenagers who think they may be pregnant, asking for her advice.

“If we can teach math and reading, it’s important to teach us about our own bodies,” she said.