Screenshot of lawsuit filed against the City of Broken Arrow 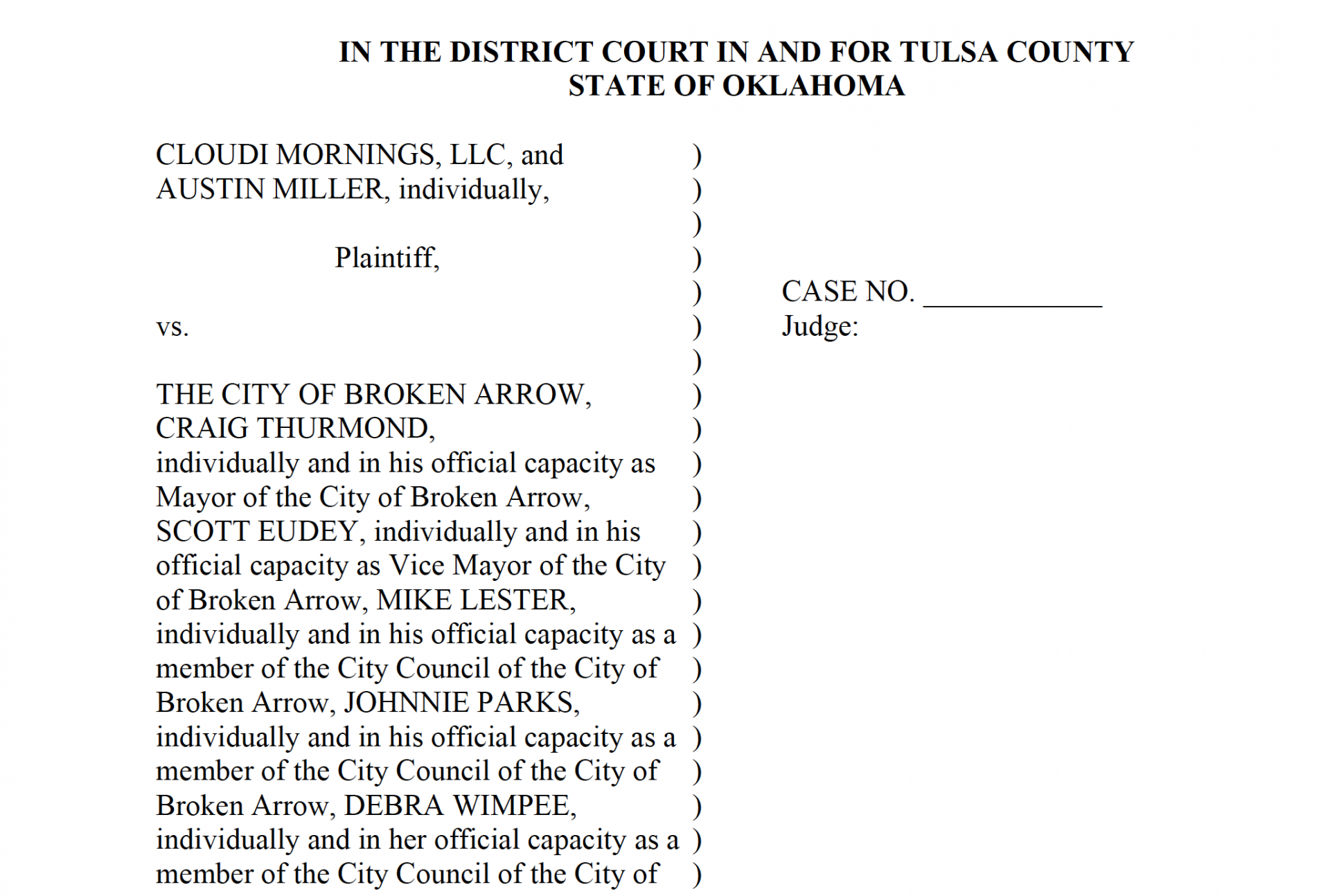 Oklahomans voted in 2016 to reduce penalties for drug possession and this year approved a state question welcoming medical marijuana into the state. Officials in two cities recently reacted to those decisions.

The Oklahoma City Council voted unanimously Tuesday, to enact an ordinance that eliminates jail sentences and reduces maximum fines for marijuana possession to $400 from $1,200. The council also voted to reduce fines for possession of paraphernalia to $50.

At Citty’s request, the council also voted to add a more accurate definition of marijuana to the ordinance language and include a requirement that medical marijuana license holders carry their licenses to avoid a fine.

This month, Broken Arrow’s city council voted in favor of restricting where medical marijuana businesses can operate. The new rules also require businesses to apply and pay for city permits, they restrict some business operations and they place restrictions on homegrown marijuana.

The plaintiffs’ Attorney Ron Durbin II said State Question 788, which legalized medical marijuana in Oklahoma, did not give cities power to add restrictions to the new industry. The plaintiffs are asking the Tulsa County District Court to order the city of Broken Arrow not to enforce the ordinances.

Durbin said if his clients win, the case could set a precedent for other cities and towns considering local restrictions on the medical marijuana industry.

A Broken Arrow spokesperson said the city is reviewing the lawsuit and had no comment.