The medical marijuana information table at the Oklahoma State Department of Health.

The state Board of Health meets Aug. 1 to vote on and possibly amend the new rules 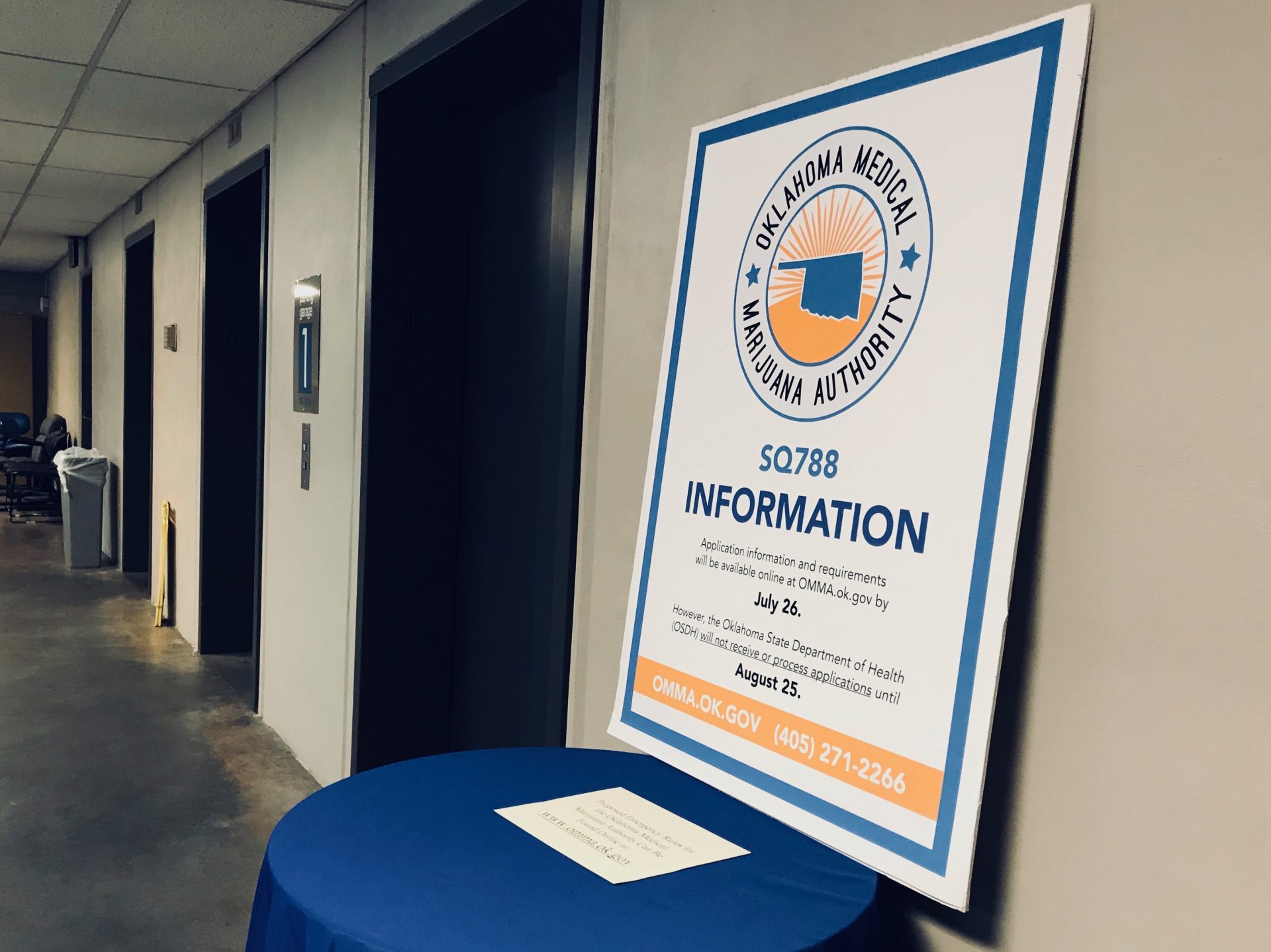 The medical marijuana information table at the Oklahoma State Department of Health.

The Oklahoma State Department of Health on Friday released a new draft of medical marijuana regulations.

The most significant changes to the current rules would bring the state’s medical marijuana regulations more in line with the language that voters approved in State Question 788.

In a letter to interim Health commissioner Tom Bates, Attorney General Hunter wrote last week that the state Board of Health lacked the authority to impose numerous medical marijuana regulations that were passed by the board at its July 10 meeting, including requiring pharmacists dispense the drug and banning the sale of smokable forms.

Gov. Mary Fallin signed those rules the next day, July 11.

Hunter listed other regulations he considered questionable, including limiting the amount of THC, the psychoactive compound found in marijuana.

The new draft rules reverse the pharmacist requirement, lifts a ban on smokable forms and the THC cap. A pregnancy test requirement StateImpact reported was likely unique to Oklahoma that experts criticized as vague and legally troublesome, was also removed.

Under the proposed rules released Friday, physicians would be required to talk to patients of “‘childbearing age” who are or may become pregnant during the two-year license term and “discuss the potential adverse risks of marijuana.”

The state Board of Health meets Aug. 1 to vote on and possibly amend the new rules, which will need Fallin’s signature.