Doctors in Oklahoma are barred from recommending medical marijuana to women of “childbearing years” without first conducting a pregnancy test. Since licenses last two years, women will have to take — and likely pay for — pregnancy tests multiple times.

Doctors in Oklahoma are barred from recommending medical marijuana to women of 'childbearing years' without first conducting a pregnancy test. 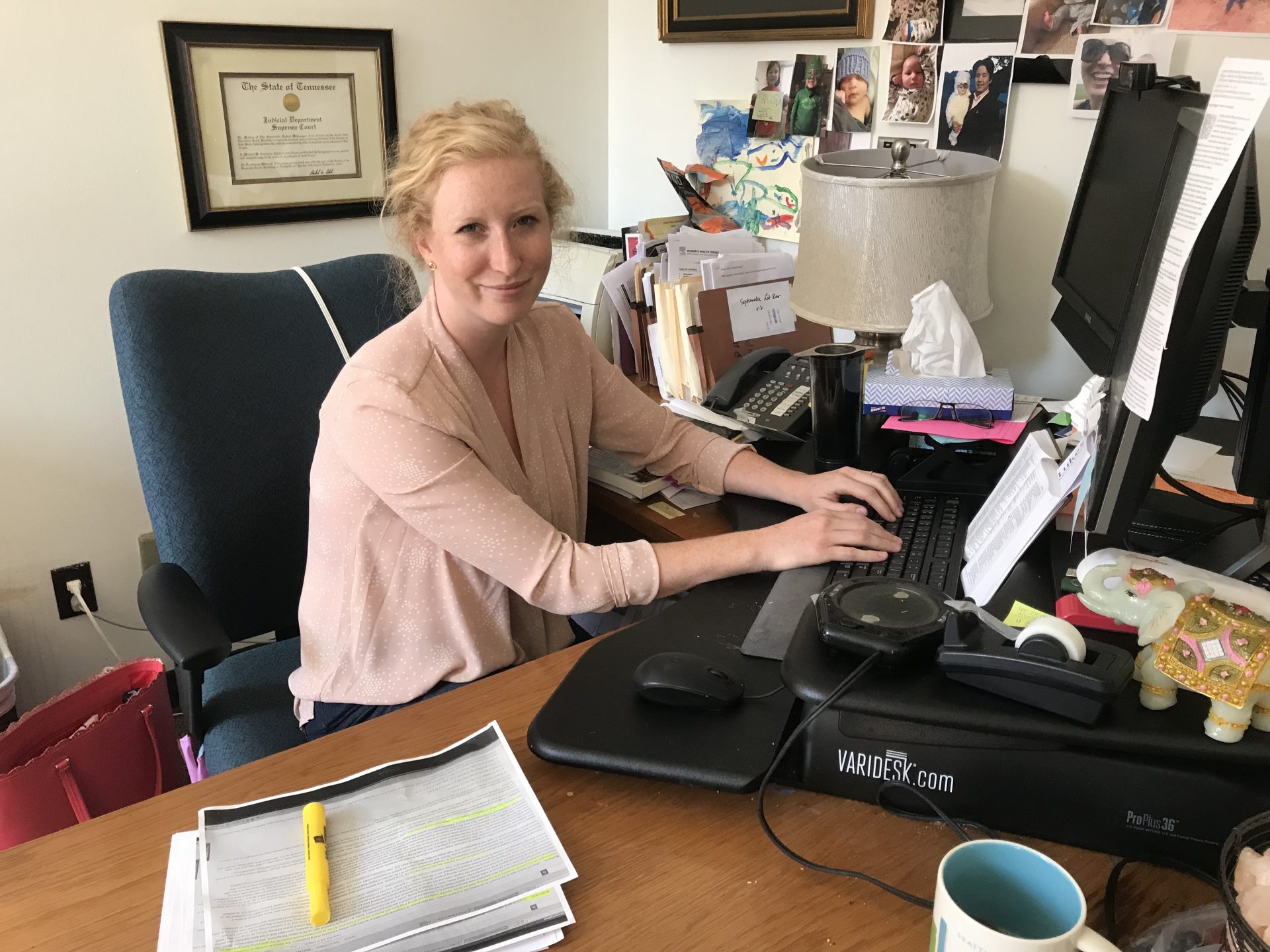 Avery Huckabee is looking over the menu at the Earth Cafe in Norman with her friends. With the passage of State Question 788 in June, which legalized medical marijuana in Oklahoma, the high school senior is looking forward to talking to her doctor about getting a license.

“I have really bad anxiety,” Huckabee said. “I’ve been taking CBD oil and it’s been known to help. There is no reason not to if it’s available.”

Huckabee has followed the news and uproar over contentious, last-minute requirements added by the state Board of Health to the medical marijuana regulations, but she was unaware the state’s new rules require most women get a pregnancy test before a doctor can recommend medical marijuana.

“That’s so dumb, that’s all I can say,” she said, laughing. “It’s just the most Oklahoma thing.”

Here’s how Oklahoma’s medical marijuana licensing process works: Doctor and patient discuss if medical marijuana is right for the patient. If a doctor thinks it is, a male patient gets a medical marijuana recommendation and moves to the next step of applying for a license with the Oklahoma State Department of Health.

The process is different for female patients. Doctors are barred from recommending medical marijuana to women of “childbearing years” without first conducting a pregnancy test. Since licenses last two years, women will have to take — and likely pay for — pregnancy tests multiple times.

“It’s to inform the conversation between the patient and the physician,” said Buffy Heater, director of government and regulatory affairs at the Oklahoma State Department of Health.

Heater is managing the rollout of the state’s medical marijuana program and helped write the regulations. She says the outcome of the pregnancy test doesn’t matter — even if a patient is pregnant, they can still get a medical marijuana recommendation.

“There’s not a prohibition in the rules that would prevent a pregnant woman from receiving that medication,” she said. “That pregnancy test is simply meant to make sure that the physician and the patient are informed of potential pregnancy and have a conversation about potential effects, and then determine that best course forward.”

But Christina Juris Bennett, an assistant public health law professor at the University of Oklahoma, says the state’s pregnancy test requirement is superfluous.

“If that’s what you want, then write the rules so that you’re requiring a conversation, or an explanation of risks instead of requiring a pregnancy test,” she said.

The rules don’t define what childbearing age is, which she said could lead to strange consequences. A woman may have to somehow prove to a doctor that she’s stopped menstruating due to menopause, for example, to avoid taking a pregnancy test she knows will be negative.

And, Juris Bennett, asked: What about women who simply can’t be pregnant?

Under the current medical marijuana rules, all such women are required to take a pregnancy test. Juris Bennett says the rules also apply different legal standards to medications.

“What makes medical marijuana different from opioids, which we do prescribe without a pregnancy test and that we do know there are effects on fetal development,” she says. “That’s a very reasonable question that maybe the courts would have to decide on.”

Urinary pregnancy tests cost between $12 and $60 for women without insurance in Oklahoma. Blood tests can cost much more. The state’s rules don’t specify the type of test, leaving it up to the doctor. That cost will likely get passed on to patients, and in some cases, taxpayers.

Women on Soonercare, Oklahoma’s Medicaid program, would have their pregnancy tests covered. Physicians and laboratories would receive the much lower Medicaid reimbursement rate, depending on the test  — and Heater says that any increased cost to the Oklahoma Healthcare Authority, which administers Soonercare, was not taken into consideration when the marijuana rules were written.

Adding barriers like pregnancy tests could push some women to turn to the black market for marijuana, said Susan Weiss, part of the senior leadership team at the National Institute on Drug Abuse.

“We know that if something is very easy to do, people are more likely to do it,” she said. “If you start adding a cost, if they have to get a blood test, anything that makes it more difficult is also going to keep people from going and getting it through the medical system,” she said.

Weiss supports requiring a conversation between doctors and patients who may become pregnant about marijuana’s effects on fetuses. A growing number of women in the U.S. treat pregnancy nausea and morning sickness with marijuana, and Weiss says there is a misperception that it’s safe.

But the conversation requirement puts doctors in a tough position. They are supposed to counsel patients on the risks, but the science is unclear on exactly what those risks are.

“We don’t have all the answers, we don’t know exactly what cannabis does during pregnancy, but we know enough to be concerned,” Weiss said. “And when you’re talking about someone who is pregnant, you always want to be cautious.”

But Christina Juris Bennett, the OU law professor, is concerned that the pregnancy test requirement will stay in place when permanent rulemaking begins.

“As it’s written right now, it has a lot of issues. I think we’re in danger of building a very vague statement into the final set of rules that we really haven’t analyzed or considered how we’re going to enforce it,” she said.

If it does, Oklahoma could become the only state in the nation that requires most women take a pregnancy test before they can get a medical marijuana recommendation from their doctor, according to multiple marijuana policy experts interviewed by StateImpact. Heater said other states’ medical marijuana regulations were reviewed when OSDH personnel drafted Oklahoma’s regulations, but to her knowledge no other state has a pregnancy test requirement.

Two lawsuits have also been filed challenging the rules — and the American Civil Liberties Union of Oklahoma has promised to fight the pregnancy test requirement.