Oklahoma State Reformatory is a minimum security prison that houses over a thousand male inmates. 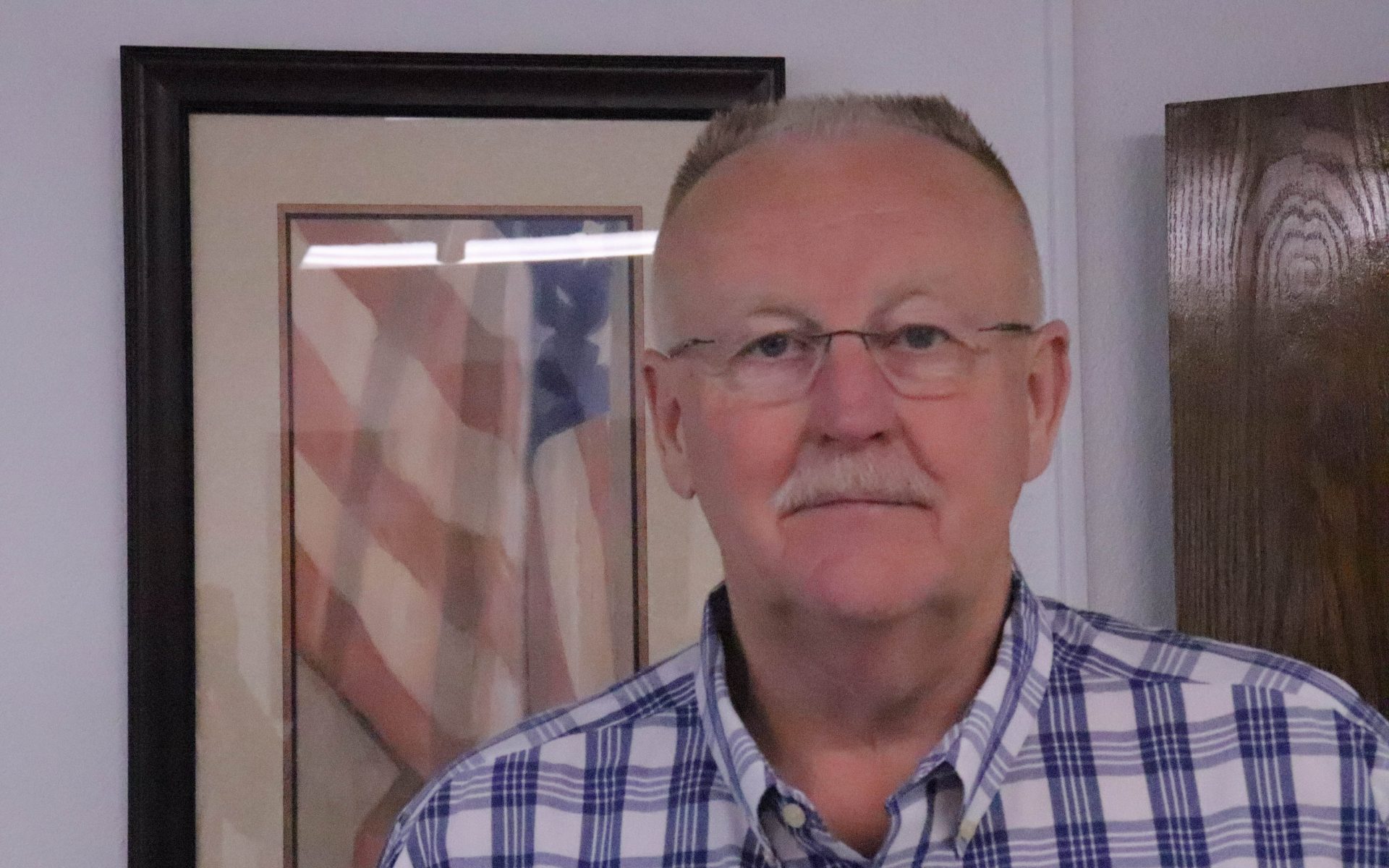 Joe Allbaugh is director of the Oklahoma Department of Corrections.

The Oklahoma Department of Corrections was a frequent topic for lawmakers during this year’s legislative session. The department was given an additional $8.75 million to balance its books for fiscal year 2018 and more than $517 million for fiscal year 2019 that began July 1.

Quinton Chandler: In your mind, how might this session have fallen short?

Joe Allbaugh: I don’t believe the session fell short at all. When it came to the Department of Corrections, we fought very hard in educating members of the Legislature and even the public as to what our needs are and were at the beginning of the session.

The only shortfall was permission to go forward and build two new prisons. Our system is totally antiquated. Most of the buildings that we have were never designed nor built to be a prison. They were hand-me-down state facilities and oftentimes it costs the taxpayer more money to harden a facility from a security standpoint than to build one from the ground up.

But we were very successful in that six of the seven bills directly affect us when it comes to criminal justice reform. We’ll have to see how that plays out over time. It won’t have an immediate impact insofar as our incarceration rate. The big downside was that sometime during this session Oklahoma became No. 1 in men. Insofar as the incarceration rate, we’ll lead the nation now in men and women almost double the national average of incarceration per 100,000.

But insofar as to wrap up on the session we asked for a true supplemental of $8.75 million, and the Legislature saw the need and leadership agreed. I’m very thankful for that for us to make the end of fiscal year 2018 and we have been, not fully funded but, funded at our request level for fiscal year 2019, which starts July 1 and we’re already in the process of building our budget for fiscal year 2020.

Chandler: You mentioned in your response that the state has overtaken Louisiana as the state with the top incarceration rate in the country.

Allbaugh: Well each state does its own calculations, and we have back channels and we talk to one another. The official word won’t come out probably for a year or so when the Bureau of Justice Statistics does its annual calculations, and those are always two years in arrears anyway. This is not rocket science; it’s just basic math. What’s significant about it — and hopefully it will shine some light in the future insofar as our criminal justice reforms, those six of seven bills that will directly affect us — is that Louisiana did criminal justice reform in 2017 and they saw some of their numbers go down in the first year of the law’s application. So, I’m hopeful we’ll see some of that benefit from the six bills.

Chandler: Your budget appropriation is $517 million for fiscal year 2019. That is significantly lower than what you asked for. I’m curious, how far does the appropriation go toward meeting the needs that you have for the coming fiscal year?

Allbaugh: Well one thing that we haven’t talked about is that the Legislature also gave permission to the state bond advisory to issue some bonds for infrastructure needs. We have about $2 billion, yes billion, in capital needs in our system. The bond issue was $416.5 million, and that’s a nice first step. We have more to do, but we’ll make our budget work as we always do and live within our means and then if something comes up, or we fall short or incarceration keeps going up we’ll ask for a supplemental next time around, but that’s not the plan. We don’t build our budget expecting to ask for a supplemental as we did this year. This just kind of happened to us. We had a confluence of a lot of issues at one time that ran us short the $8.75 billion, and we got that.

Chandler: As far as the bond issue, do you believe that the benefits you’re going to get from being able to update your infrastructure with that money are going to outweigh the drawbacks from taking on the debt?

Allbaugh: Absolutely. Oklahoma’s state bonded indebtedness is very, very low below the national average. I’m not worried about the debt. We’ll be able to pay that debt over time which allows us to invest in most of the properties we want to keep open. Some of our properties are so antiquated we’re wasting more money keeping the doors open — taxpayer money — than it would cost us if we just shut them down and built two new facilities, which we asked for. That was the biggest chunk of change that we didn’t get. But I have hopes that we’ll be able to take another stab at it next session and maybe be able to focus on building two new prisons that would allow us to close maybe four antiquated facilities that need to be closed.

Chandler: The facilities you’re saying need to be closed, which ones are those?

Allbaugh: Well, I’m not going to tell you which ones. My phone would start lighting up the minute you leave the office. Nobody else knows which ones they are. People can guess who work here. But actually, I’ll cross that bridge when we actually get to it. Building a state-of-the-art modern facility that is filled with current technology is a much safer system for inmates and especially for our employees. Our employees, their work environment is absolutely pitiful and there’s no way to color it any other way but to call it what it is. It is pitiful it is shameful and dangerous. So, I’m hopeful. We’ve got to take care of this bond issue. We will have this bond issue. We already know the projects we’re going to do which total up to $116.5 million. I’m anxious to get those projects underway and start improving the way we operate our prison system.

Chandler: You’re not giving up on the two new prisons?

Allbaugh: Absolutely not. No.

Chandler: Some legislators said that they need more details, they need more information before they sign off on that big of a commitment to build two new prisons in the state.

Allbaugh: I understand their perspective, but the number was high. Two prisons for about $400 million each. I erred on the high side. It’d be better to come in under budget as opposed to coming back and asking for more money. I know those prisons probably won’t cost us that much especially if we build on existing owned, state property that we have in our portfolio right now. But I wanted to be safe as opposed to sorry. So, I included the property acquisition cost in those numbers. And we’re still trying to find that ideal location to build two new prisons. Even with the passage of the six bills and State Question 780 our incarceration rate is still kind of going through the roof. It took Texas about 24 years to have their full impact of their criminal justice reform that was started in the early ’90s. And it will take awhile for Oklahoma to wash all this through the system as well.

Chandler: The Legislature also passed a bill, the governor signed it, calling for a council to make recommendations to the state in the future on sentencing reform. You’re going to have a seat on that council. I’m wondering what kind of recommendations you will be bringing to that council?

Allbaugh: I think there needs to be a review from top to bottom of our sentencing guidelines in Oklahoma. It’s very confusing for defendants and their attorneys to understand the laws. It’s even more confusing for some of the 27 district attorneys and their assistants to understand how our sentencing laws operate. And I’m not a sentencing expert but we have plenty of experts inside this agency who are going to help provide support to me, and I’m looking forward to having some input, some very direct input with the other members of the council.

Chandler: The execution protocol that you were working up, are there any updates on that?

Allbaugh: We’re close to having some updates. We’ve been working since Attorney General Hunter and I had that March press conference before the end of the session. And it’s not moving as quickly as I had hoped but we are making progress and at an appropriate time I’ll address the issue. But, I think there is light at the end of the tunnel regarding execution protocols and I’m pretty confident the light is not a train headed our way. So, I feel good about it. Look, I’m just the hired gun here responsible for implementing state law and as long as Oklahoma is going to utilize the death penalty, I’m in charge of carrying it out and we’re going to do it in a proper, humane way.

Chandler: Do you think that you will meet the prediction that you made at that press conference having protocols by the end of the year or maybe early next year?

Allbaugh: I think we can see that. Yeah, that’s what happens when you make predictions and then you find out reality. It’s not as tough as I thought it was going to be. But it does have some hiccups along the way that we have to iron out before we bring it back to the attorney general and then they have to … in turn there will be court challenges. They have to demonstrate to the court that we can we can carry this out now and not repeat what happened here in 2015.

Note: This Q&A comes from a conversation with Allbaugh that has been edited for clarity and length.