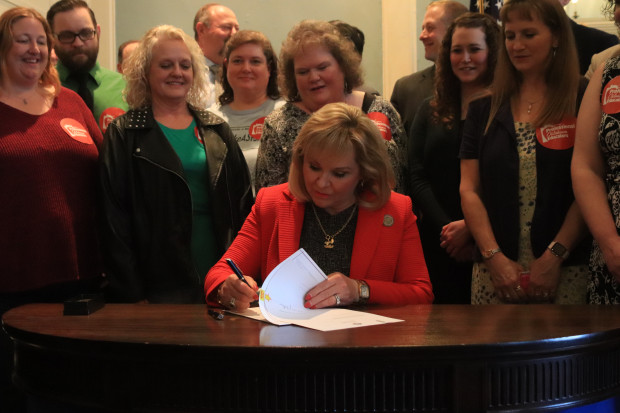 Governor Mary Fallin signed a teacher pay raise into law on Thursday, giving educators their first state-funded salary boost in 10 years. On average, they’ll get about $6,000, but many of them are still walking out of their classrooms on Monday.

Mark Webb, a science teacher at Mustang High School, is one of them. He says he appreciates the pay raise but he still wants more money for the classroom.

“We have not funded education properly since 2007,” he said. “And that message has been lost today.”

Webb says he will be rallying at the Capitol on Monday, and likely Tuesday, too.

“If I’m the only one here, then I will go to my Representative and Senator and say, ‘look, we haven’t fixed the problem. This isn’t where we need to be.’”

Administrators for the Oklahoma City Public School district announced schools will be closed Monday and they’re encouraging teachers to spend their day at the Capitol.

Other districts, however, are backing off of the walkout idea. Superintendent of Edmond Public Schools, Bret Towne, wrote his teachers an email asking them to come to school Monday.

He said the pay raise Gov. Fallin signed into law is a “significant gain” and walking out could put the district at risk of losing community support.