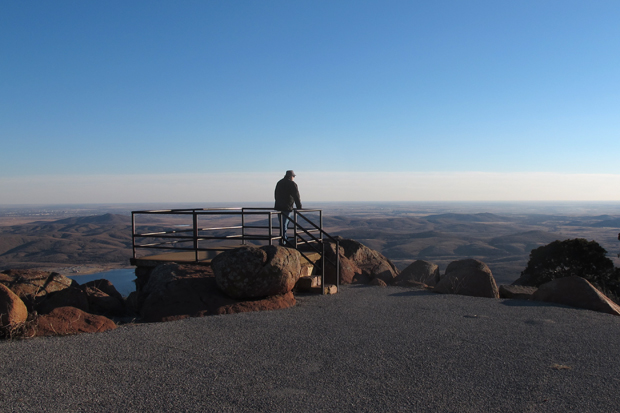 The U.S. Environmental Protection Agency has gone state by state to enforce its Regional Haze Rule, which means to increase visibility at national parks and wilderness areas by cutting haze-causing emissions at coal-fired power plants.

When the EPA determines a state’s plan for compliance with the rule isn’t good enough, it steps in with its own plan. It happened to Oklahoma, where utilities are now adding air scrubbers to coal plants, and replacing some with natural gas. Now it’s happening to Texas, which is actually responsible for most of the haze problem at Wichita Mountains Wildlife Refuge in Southwest Oklahoma.

The EPA on Wednesday finalized its own Regional Haze plan for Texas, after previously rejecting the state-developed plan. Seven coal-fired units at power plants in Texas will have to install expensive air scrubbers, and seven more will have to upgrade scrubbers that aren’t cleaning the air enough.

Once the finalized rule is published in the Federal Register, Texas can try to take the EPA to court to stop it. And as the Houston Chronicle’s Susan Carroll reports, Texas Gov. Greg Abbott is no fan of the Regional Haze rule:

But Abbott, in his April letter to the EPA, charged that the proposed federal plan would “do nothing to improve visibility in Big Bend or the Guadalupe Mountains.” He said the emissions controls would $2 billion and result in reduction of haziness that are one-eighth the magnitude that would be visible to the naked eye.

Environmental groups praised the EPA’s plan for Texas. In a conference call with reporters, Cherelle Blazer with the Sierra Club’s Beyond Coal Campaign said reducing pollution at Texas’ coal plants will be good for public health, as well as visibility in surrounding states.

“Coal plants in Texas emit more pollution than coal plants in any other state. This pollution creates haze at some of our most iconic national treasures, like Big Bend National Park,” Blazer said. “But the pollution also blows over state lines into Oklahoma and Arkansas, affecting their wilderness areas also.”