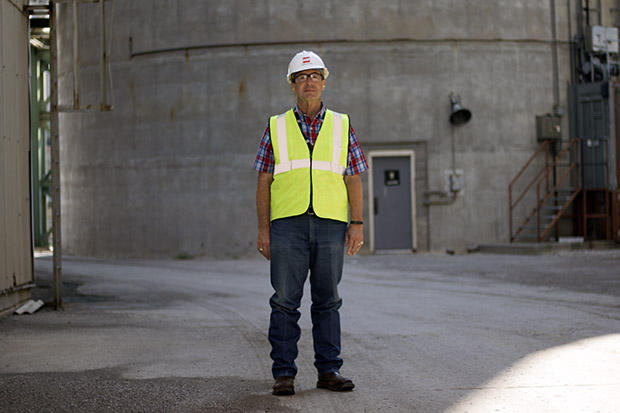 Northeast station manager Mark Barton at the base of the stack for coal-fired power units 3 and 4.

Oklahoma officials are fighting the U.S. Environmental Protection Agency over the Obama’s administration’s new Clean Power Plan, the federal government’s push to reduce carbon dioxide emissions from power plants. But Oklahoma’s largest electric utilities have a big head start cutting back on coal, and are already on their way to compliance.

At Public Service Company of Oklahoma’s Northeast Station, near Oologah, workers are climbing all over the massive metal frame of a cubed-shaped building called a “baghouse.” Inside, thousands of bags will capture particulate matter that would otherwise be released into the atmosphere, plant manager Mark Barton says. Basically, it’s a giant, complicated vacuum cleaner.

The Northeastern Station is split in two parts. One is a natural-gas fired facility comprised of two units built in 1961 and 1970 and that generate 614 megawatts of electricity. The second section of the plant  — which contains Units 3 and 4 — is made up of two coal-fired units built in 1979 and 1980. 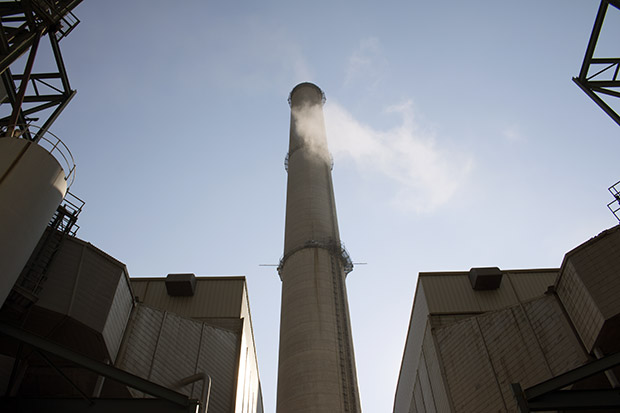 Unit No. 3 is buzzing with construction workers who are installing environmental upgrades to make the coal-fired operation run cleaner. Unit No. 4 will be shuttered in early 2016, Barton says.

“We’re going to shut down as much as we can,” Barton says. “It’ll be left retired in place.”

All of the environmental upgrades at Unit No. 3, and the retirement of Unit No. 4, were in motion when the finalized Clean Power Plan was announced in August. PSO is making these changes to comply with other environmental regulations put in place years ago: the EPA’s Regional Haze Rule and Mercury and Air Toxics Standards. But moving from coal to gas and installing emissions controls will cut carbon dioxide, too.

“Unit No. 4 will be reducing carbon emissions because it will be shut down,” Barton says. PSO will buy power from another natural gas plant and add more wind capacity to make up for the loss.

He says PSO didn’t want to come up with another plan every time a new environmental rule was announced.

“We wanted to have one comprehensive plan that would deal with all of those things,” he says.

In 10 years, PSO will retire the coal unit it’s making modifications to now. That will leave the state’s second largest utility without any coal-fired power plants in Oklahoma. 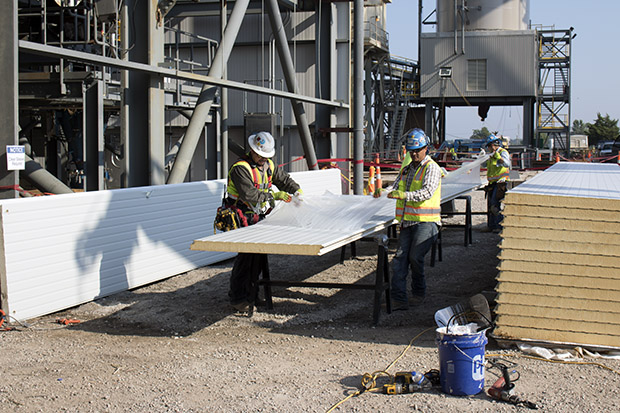 Unit 3, a coal-fired generation unit at PSO's Northeast Station, is getting thoroughly revamped to comply with previous environmental rules.

Like, PSO, Oklahoma Gas and Electric — the state’s largest utility — is also cleaning up its coal operations.

To comply with Regional Haze and mercury rules, OG&E plans to convert two coal-fired units at its Muskogee Power Plant to natural gas, and install air scrubbers and sulfur-reduction systems on other coal units, all to comply with previous environmental rules. But, as is the case with PSO, the changes OG&E are planning would also cut down on carbon emissions. OG&E Corporate Environmental Director Usha Turner:

“In the case of the Clean Power Plan, we do see a significant reduction is carbon dioxide emissions moving from coal to gas,” Turner says. “So what we’re anticipating is something upwards of 30 percent reduction by the conversion of those two units, in CO2.”

Under the Clean Power Plan, Oklahoma would have to cut carbon emissions by about 30 percent. OG&E says it’s on track to significantly reduce CO2 emissions, and PSO is getting out of coal in Oklahoma entirely. Officials at both utilities say they’re on a path to compliance with the Clean Power Plan by the 2030 deadline. Still, Gov. Mary Fallin is refusing to submit a state-based plan to meet the EPA goals, and Attorney General Scott Pruitt is fighting the Clean Power Plan in court, calling it an overreach of federal authority.

“Quite simply, madam chairwoman, the EPA does not posses the authority under the Clean Air Act to do what it is seeking to accomplish in the so-called Clean Power Plan,” Pruitt said at a Congressional hearing in May. “The EPA under this administration treats states like a vessel of federal will.” 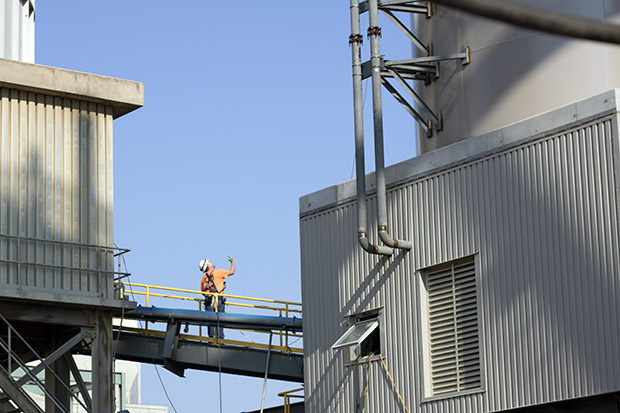 So far, Oklahoma’s largest utilities haven’t joined the suit, though OG&E and PSO are concerned about increasing prices for power they have to purchase from other states. And both are asking to raise electricity rates to pay for the costly transition away from coal.

If states, like Oklahoma, don’t submit their own plan to the EPA, the EPA will implement one for them. PSO and OG&E are mum of whether they’d prefer to deal with a state-based or federal plan, but in some other states, like Michigan, utilities are making their preference for a state-based plan clear.