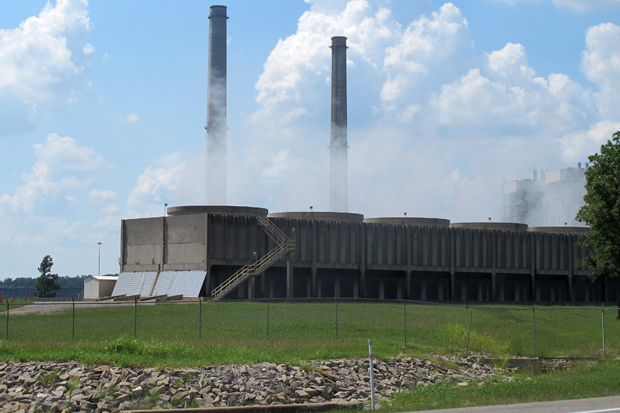 Even before the Obama Administration’s Clean Power Plan was finalized, politicians in Oklahoma were already fighting it in the court of public opinion, and in real court, too. And Gov. Mary Fallin has vowed that Oklahoma will not submit a state compliance plan to the U.S. Environmental Protection Agency.

But as Paul Monies with The Oklahoman reports, Oklahoma’s largest utility companies say they’re already on track to meet the carbon-reduction goals in the federal plan:

Politically, the Environmental Protection Agency’s Clean Power Plan remains a pariah in Republican-dominated Oklahoma. But behind the scenes, officials and utility representatives are poring over the 3,000-page rule and finding the state could be well on the way toward meeting its greenhouse gas reduction goals by 2030.

…“We’re well on our way to compliance with the plans we have in place,” said Randy Swanson, [Oklahoma Gas & Electric’s] director of public affairs.

The state’s second largest utility — Public Service Company of Oklahoma — also appears to be well on its way to compliance with the Clean Power Plan:

PSO expects to retire two coal units at its Northeastern plant near Oologah in 2016 and in 2026 to comply with existing EPA regulations. The utility is making up the generation from a power-purchase agreement with LS Power’s Oneta natural gas plant and through 600 megawatts of wind energy. Those actions will help the state comply with the Clean Power Plan.

“We are well-positioned because of steps we have already taken or are in process of taking to deal with other environmental rules like regional haze to deal with whatever the state response turns out to be,” [PSO President and COO Stuart Solomon] said…

Oklahoma’s largest power companies may see a relatively simple path to compliance with the Clean Power Plan, but they’re still worried about what the plan will mean for the Southwest Power Pool, the electricity market both participate in. The SPP provides power to more than a dozen different states, some of which are more reliant on coal than Oklahoma.