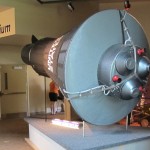 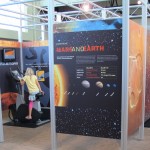 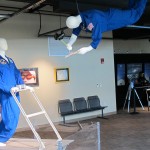 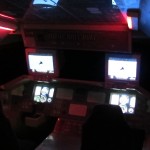 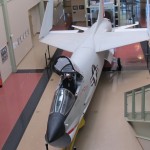 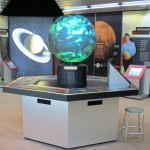 Model Of Earth From Outer Space 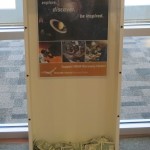 When celebrated Concord resident and high school teacher Christa McAuliffe died in the Challenger explosion in 1986, an out-of-state donor offered $500,000 to build a monument in downtown Concord. As then-mayor Jim MacKay remembers, the city declined. Instead, the state built a planetarium. Today – 26 years after the state opened the McAuliffe Planetarium — the facility is on its way to becoming a private, nonprofit institution.

Faced with a shrinking state appropriation and disappointing visitor revenue, the state-run McAuliffe-Shepard Discovery Center has decided to strike out on its own. On June 12, the state legislature approved a bill appropriating transitional funding to facilitate the changes, and allowing the Discovery Center to begin operations as a private entity on January 1. Now is crunch-time for the organization, as executive director Jeanne Gerulskis puts the finishing touches on the new business plan, and her newly appointed board of directors prepares their $450,000 capital campaign to take the center through its first year of independent operation. In some ways, the transition was a long time coming. When Gerulskis took over the planetarium in 1998, the place was small and dark, and, according to Gerulskis, not very inviting from the outside. The projector was unreliable, and held together with fishing wire. A video of the Challenger’s explosion ran all day long. “Young children and families would come in here, and the children who had no understanding of who Christa McAuliffe was, would grab each other and want to look at the bad part of the video and all day long,” Gerulskis says. “I thought — this is not what Christa would want.” She spent the next ten years planning and overseeing the construction of a state of the art planetarium and exhibits – built in the honor of another New Hampshire astronaut, Alan Shepard.

Two weeks after the $9 million, 45,000 square foot expansion broke ground in 2009, Gerulskis says, “the economy just tanked.” By the time the new Discovery Center opened in 2009, private fundraising efforts were failing. Revenue expected from projected visitor numbers didn’t materialize, and the expanded facility required more staffing increases, utilities, and maintenance than the original planetarium — not to mention $400,000 bond payments on the new building and equipment . Every year from 2008 to 2012, Gerulskis requested — and received — $100,000 to $200,000 from the state’s general fund. In an attempt to stay within its legislatively approved operating budget of about $2 million, the Discovery Center stopped rotating out exhibits, and let its development and marketing director go. Without a good marketing department, Gerulskis says, people “don’t know that we have this world class planetarium here that people from all over the world come to see, so they can build one in Korea, or Japan or Greece.” The center’s new projector has state-of-the-art lenses, and projects 36 times the number of stars and objects as its analog predecessor. “People still think it’s the same planetarium they visited on a school trip many years ago.”

By the end of 2010, Gerulskis walked into her biennial budget meeting with the governor’s staff, and learned her budget would be about $300,000 below the Discovery Center’s operating costs. The proposed budget of $495,000 would hardly be enough to pay for the debt service and building maintenance — there was no way Gerulskis could keep her staff of 40 full and part time employees.

Gerulskis and the governor’s office came up with a temporary solution to front-load two years of funding for the Discovery Center into fiscal year 2012, leaving $227,000 in transitional funding for 2013. What would become of the place a year later — no one knew. The center could close; Gerulskis could cut her staff from 40 to 3 and cut back programming and hours; or the Center could try to break off as its own nonprofit. Governor Lynch and the legislature agreed upon this final option.

The good thing about privatization was that Gerulskis could hire whomever she wanted, and allocate money as she pleased – she wouldn’t be saddled with state agency regulations. The bad part was Gerulskis already knew how hard it was to raise money for a building that was already built. Donors want to contribute to exciting new programming – not debt payments on a building.

After a year and a half of planning, the legislature passed a bill in June allowing the Discovery Center to become a nonprofit starting January 1, 2013. Gerulskis says she’ll miss the state’s retirement and health benefits – and is nervous about finding sufficient benefits for her employees. Now, she and her board of directors are putting the finishing touches on their business plan – which includes a budget requiring $450,000 to be raised annually. Jim MacKay, the board’s chairman, says raising that money is daunting. But, he says, “I can see the opportunities, and I can see the economy getting better, and that tells me that we can do the fundraising.” The board is hoping to rely on a combination of membership fees, private, corporate and foundation giving.

Justine Roberts, the executive director of the New Hampshire Childrens’ Museum – a nonprofit with a similar size and visitor demographic – says that with the right relationships, raising $450,000 shouldn’t be a problem. But, she says, “in New Hampshire there is less of a tradition of individual giving.” Roberts points out that New Hampshire has ranked as one of the least charitable states for many years. The Childrens’ Museum receives 70 percent of its budget in visitor revenue, and 30 percent grants, individual and corporate donations.

On Aug. 21, Gerulskis will present the nonprofit’s business plan to her new board of directors, who will send it on to the Fiscal Committee in November. After which, it’s just a waiting game – until January 1, when the Discovery Center becomes a 501(c)(3).