One burning question about the shale boom: what exactly are companies pumping into the ground to release oil and gas?

Since 2011, the website FracFocus.org has become a national clearinghouse for public information about the chemicals, sand and water used to frack wells.

FracFocus started out as a voluntary disclosure site, but is now a required regulatory tool in at least 14 states – including Pennsylvania. Some open data advocates argue that the way the information is presented to the public blocks transparency.

In 2012, the state legislature passed Act 13 – an overhaul of the state’s oil and gas law – which requires companies to post their disclosure information to FracFocus within 60 days of completing a frack, in addition to submitting a detailed form to the Pennsylvania Department of Environmental Protection.

The law allows companies to claim “trade secrets,” and keep information about certain chemicals from being released to the public.

That aspect of the law has become controversial within Pennsylvania’s medical community. Act 13 requires physicians to sign a non-disclosure form in order to see a full list of the chemicals (including trade secrets) for the purpose of treating patients. But some doctors say language in the law prohibits them from sharing that information with their patients and with other doctors.

In July 2014, the Pennsylvania Commonwealth Court upheld the so-called “doctor gag rule” with a majority of the judges ruling that physicians have nothing to worry about when it comes to treating patients who may be exposed to fracking chemicals. 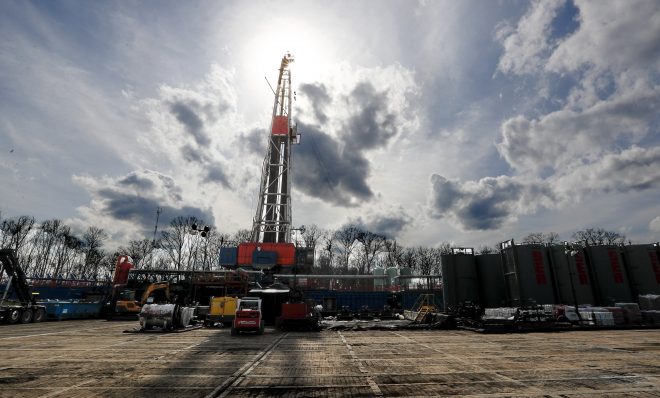 The report by the group Physicians for a Social Responsibility is based on a public records request. The group didn’t find evidence of the chemicals used in PA wells.