In this March 12, 2020, file photo, the sun shines through clouds above a shale gas drilling site in St. Mary's, Pa. 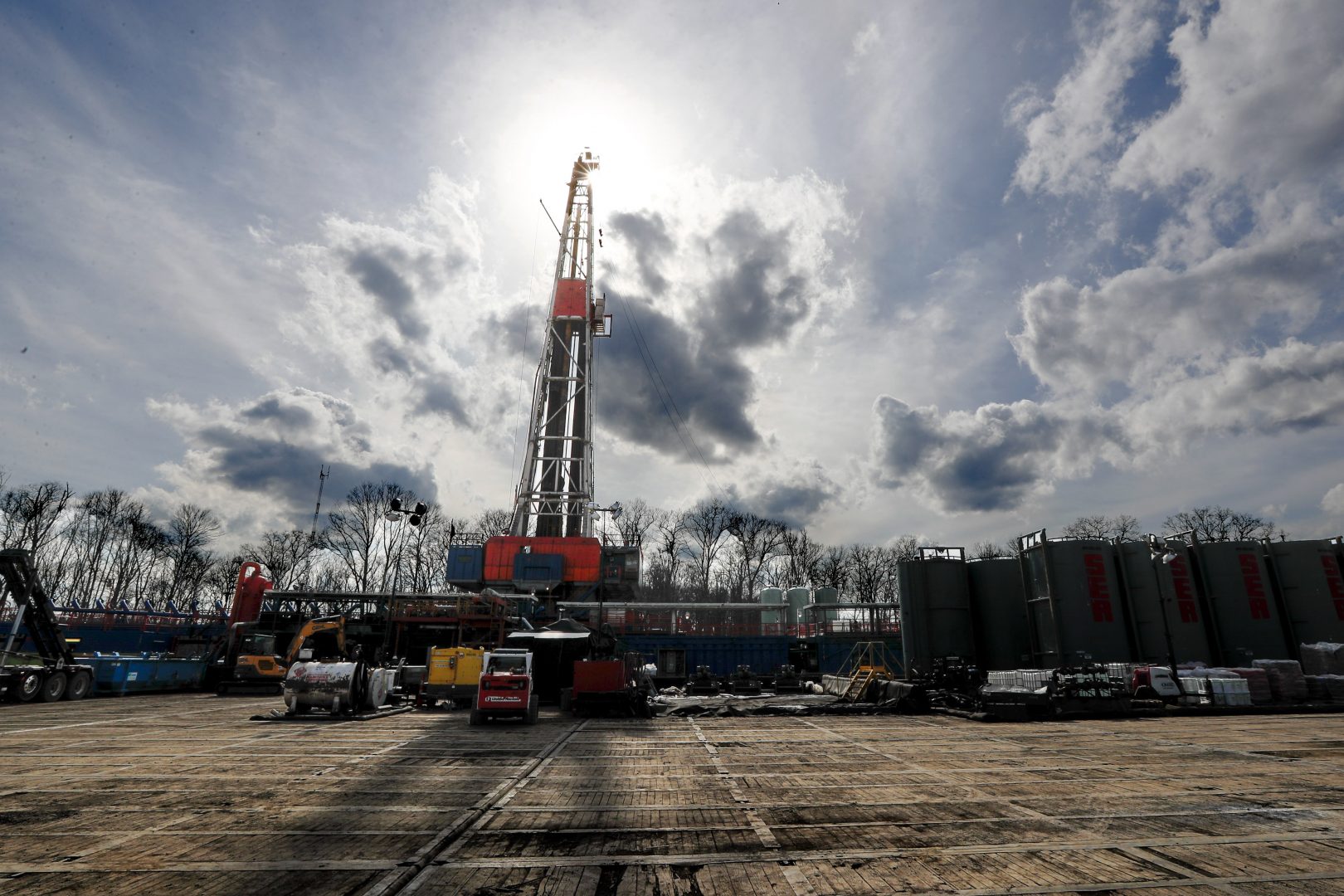 In this March 12, 2020, file photo, the sun shines through clouds above a shale gas drilling site in St. Mary's, Pa.

Companies that drill for natural gas in Pennsylvania have used EPA-approved PFAS or pre-cursors to PFAS in fracking operations in other states, according to a report by Physicians for Social Responsibility.

The report’s author, Dusty Horwitt, says that while he couldn’t find evidence the chemicals were used in Pennsylvania wells, Exxon/XTO Energy and Chevron are among the companies that have used it elsewhere.

“We can’t be confident that we know everything that has been used in Pennsylvania,” Horwitt said.

That’s because Pennsylvania’s fracking disclosure law allows exemptions for trade secrets, and does not require drillers to disclose chemicals used to drill a well. The chemical disclosure requirements include the fracking process, which uses high pressure water and chemicals to break up the shale rock and release the gas.

PFAS, or per- and polyfluoroalkyl substances, are a class of 9,252 man-made chemicals, according to the EPA. They contain strong carbon-fluorine bonds that don’t break down easily in the environment, which has garnered them the nickname “forever chemicals.” The strength of the bond makes them useful for waterproofing and stain resistance. They are used to make teflon, food packaging and firefighting foam.

Some, including PFOA and PFOS, are no longer made in the U.S. But use of PFAS continues, and the chemicals have been detected at concerning levels in some water supplies, especially near military installations in Pennsylvania and across the country. Studies of some of the PFAS chemicals show a link to low birth weight, pre-eclampsia and increased cholesterol; exposure also causes impacts to liver, kidney and thyroid health.

The Physicians for Social Responsibility report, Fracking with “Forever Chemicals“, found evidence the substance was used in 1,200 wells in six states between 2012 and 2020. The group obtained documents through a Freedom of Information Act request.

The American Petroleum Institute said PFAS use is limited.

“Although PFAS is not widely used in fracking and only at extremely low levels, API will continue to review available data and analyses to better understand and mitigate the use of these chemicals across the upstream segment,” API spokeswoman Bethany Aronhalt said. “We uphold longstanding procedures to transport, handle, and use chemicals safely, including well-bore integrity, chemical containment, science-based hazard assessments and other operational practices, and we will continue to use science-based measures to further protect health and safety.”

The public records PSR received included thousands of heavily redacted documents, including instances where the companies redacted their own name and chemical identification, or CAS, claiming a trade secret. The documents revealed EPA itself had questions about the approval in 2011:

“EPA has concerns that these degradation products will persist in the environment, could bioaccumulate or biomagnify, and could be toxic (PBT) to people, wild mammals, and birds based on data on analog chemicals, including PFOA and [REDACTED].”

The report highlights the difficulty of trying to find out information on the substances, which are often referred to differently in disclosure reports.

Linda Birnbaum, a toxicologist and the former head of the National Institute of Environmental Health Sciences, said transparency around fracking chemicals remains an issue despite the growing epidemiological evidence of impacts like low birth weight, linked to living near fracking sites. When it comes to PFAS, Birnbaum said, it’s ubiquitous and it causes a number of health impacts, including on both male and female reproduction.

“We don’t have just one source of exposure, but we’re also finding it’s just everywhere. PFAS are useful chemicals, they are very helpful for solubilization, and to prevent sticking,” she said. “The carbon fluorine bond is extremely difficult to make, barely exists in nature and there are no easy ways to break it down. They are going to be with us forever.”

Exposure to any fracking chemicals could happen at the well site, but studies have shown that wastewater transport can pose the greatest risk.