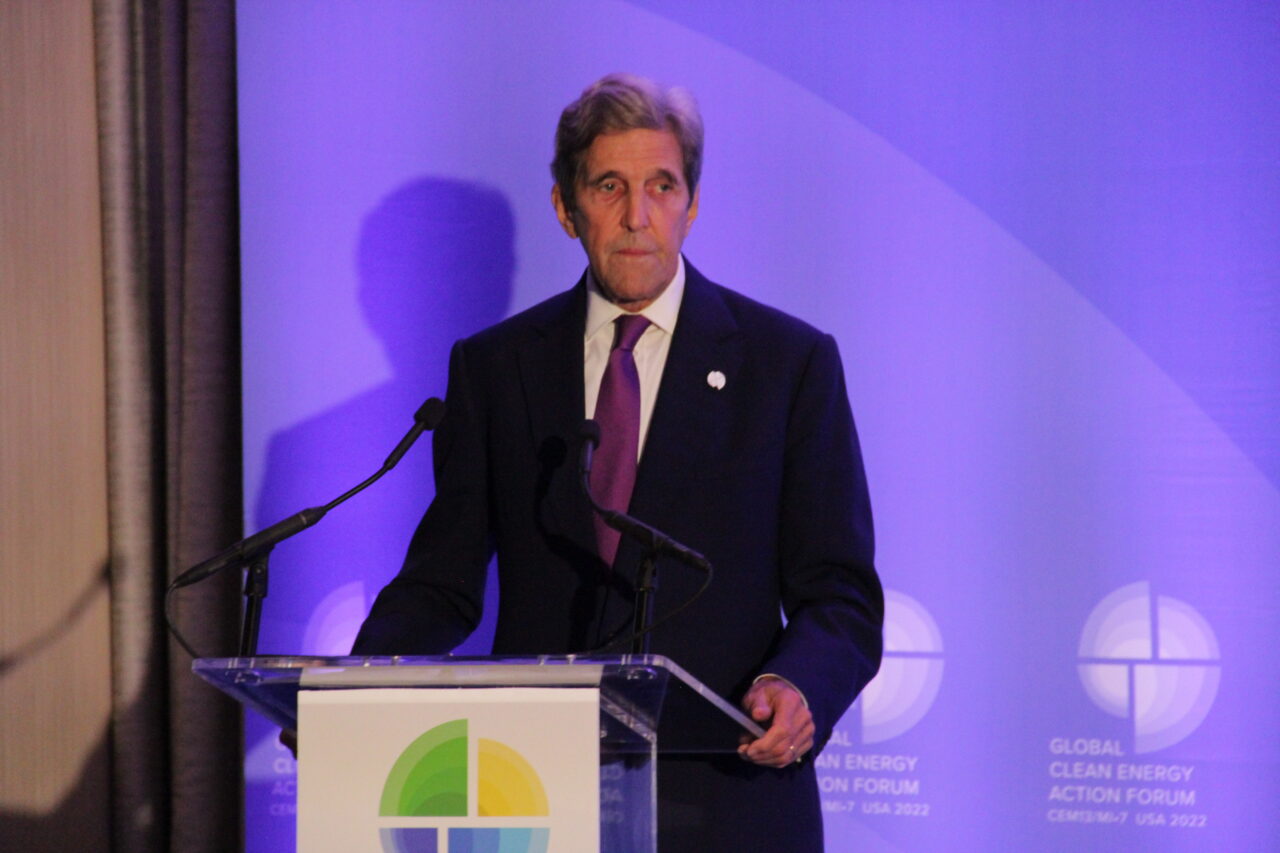 Leaders from over 30 countries met Thursday to discuss ways to reduce carbon dioxide and other harmful greenhouse gas emissions in everything from steelmaking to trucking.

US Special Envoy for Climate John Kerry said last month’s passage of the Inflation Reduction Act will help the US meet President Biden’s goal of a 50 percent reduction in climate warming greenhouse gases by 2030. He said the law is spurring businesses to invest in clean energy.

“We will hit our 50 to 52% reduction, if not more, and I believe it will be more. Why? Because of the rate and pace at which technology is already moving,” Kerry said.

Kerry said it will be the private sector, not governments, who will provide the funding for a clean energy transition. He said the tax incentives in the IRA were the bill’s most important parts.

“That I think is going to do more than almost anything else in the bill,” he said. “We don’t have to have government making choices about winners and losers. The marketplace is going to choose.”

Scientists say the world is running out of time to lower carbon dioxide emissions to limit the worst impacts of climate change.

A big issue in upcoming climate talks will be how much richer countries – responsible for much  of the world’s warming – will pay poorer countries to help transition to a low-carbon economy.

But Kerry said governments don’t have the kind of money it will take to transition away from fossil fuels–only companies and private capital do.

Some of that investment is likely going into hydrogen, a zero-carbon fuel. On Thursday,  the Department of Energy announced the first round of funding for six to 10 hydrogen hubs around the country. The Department is using $7 billion from the Infrastructure Bill signed by President Biden last year.

“These …hubs are a once-in-a-generation opportunity to lay the foundation for the hydrogen economy of tomorrow—one that will lift our economy, protect the planet, and improve our health,” said U.S. Secretary of Energy Jennifer M. Granholm, in a statement. ”This national hydrogen strategy will help us accelerate the development and deployment of technologies to realize the full potential of clean hydrogen energy for generations to come.”

A group of businesses in Western Pennsylvania is vying for one of the hubs, and is proposing to use natural gas from the region’s fracking industry to produce hydrogen. The proposal also involves burying carbon dioxide emissions from that process underground.

But not everyone in the region is enthusiastic about this prospect.

Edith Abeyta lives in North Braddock, near Pittsburgh. Her house is near a steel mill run by US Steel, one of the companies vying for the hub. She came to a “Clean Energy Justice” protest near the conference because she worries a hub will mean more natural gas wells in the region, more pipelines, and unknown impacts from carbon storage. She’s all for clean energy, she says, but doesn’t want to come on the backs of those like her, in ‘frontline’ communities.

“It’s just like it’s more danger and harm to a place where we’re already trying to remedy all those harms and dangers,” Abeyta said.

Abeyta says communities in the region should have a say in the decision to build a hydrogen hub. The deadline for the hubs’ initial proposals is Nov. 7.