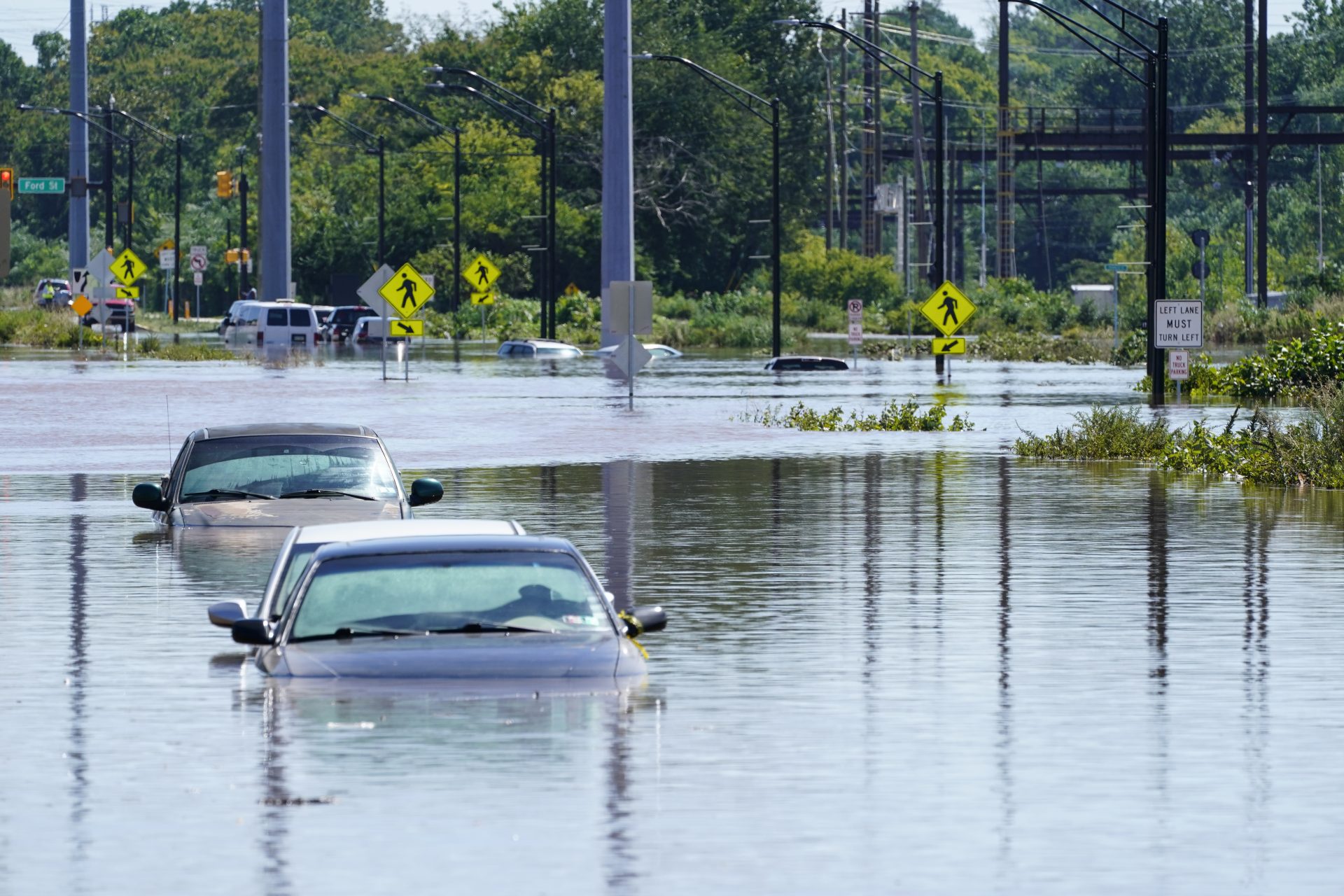 There’s overwhelming scientific evidence that human activity is causing Earth to warm at an unprecedented rate. And according to a major report by the United Nations Intergovernmental Panel on Climate Change, released in August 2021, human-caused climate change is already responsible for hazards across the globe, from extreme heat waves to stronger storms.

A 2018 report from the same organization urges governments to limit warming to 1.5°C above pre-industrial (late 19th century) levels. The planet would still face severe impacts from climate change, but warming beyond that level would have even more urgent consequences, including worse water shortages, more extreme weather, and massive coral reef die-offs.

In 2015, governments from around the world entered the Paris Climate Agreement, which aims to limit warming to below 2°C over pre-industrial levels. The U.S. originally was part of the agreement, but withdrew under the Trump administration. It officially rejoined under President Biden.

What is climate change?

Like a greenhouse, Earth’s atmosphere traps heat. Sunlight that’s absorbed by Earth’s surface is released as heat back toward space. But some of the gases in the atmosphere — greenhouse gases — can trap this heat energy and release it again in all directions, including back toward the surface. That warms the Earth.

At a fundamental level, the greenhouse effect is crucial for life as we know it. The gases that can trap heat energy — which include water vapor — are what make Earth liveable for humans and other species.

But humans, particularly since the late 19th century, have been emitting way more of those greenhouse gases than the Earth is used to. A lot of that is carbon dioxide (CO2) from fossil fuel-burning and other activities, but humans also emit other greenhouse gases, including methane, nitrous oxide, hydro- and perfluorocarbons, and a particularly potent one called sulfur hexafluoride.

Scientists suspected more than a century ago that adding these gases to the atmosphere would heat up the Earth, and we’ve been seeing it happen for many years. According to the IPCC, “It is unequivocal that human influence has warmed the atmosphere, ocean and land,” and that basically all of the warming the planet has seen since the late 1800s (a little over 1.8°F, or 1°C) can be traced back to humans.

How do we know?

There are many lines of evidence that tell us Earth is warming, and that humans are the cause.

Scientists monitor the temperature of the air and the ocean surface using satellites, buoys, and other tools. They can also look far back in time, before these instrument-based records, to reconstruct Earth’s “paleoclimate.” Using things like ice cores, tree rings, and the fossils of tiny ocean creatures, scientists can infer the state of the climate hundreds, thousands, or even millions of years ago.

Put those things together, and, as the IPCC report states, we can see that the planet’s temperature has risen more rapidly since 1970 than it has during any other 50-year period for at least 2,000 years. 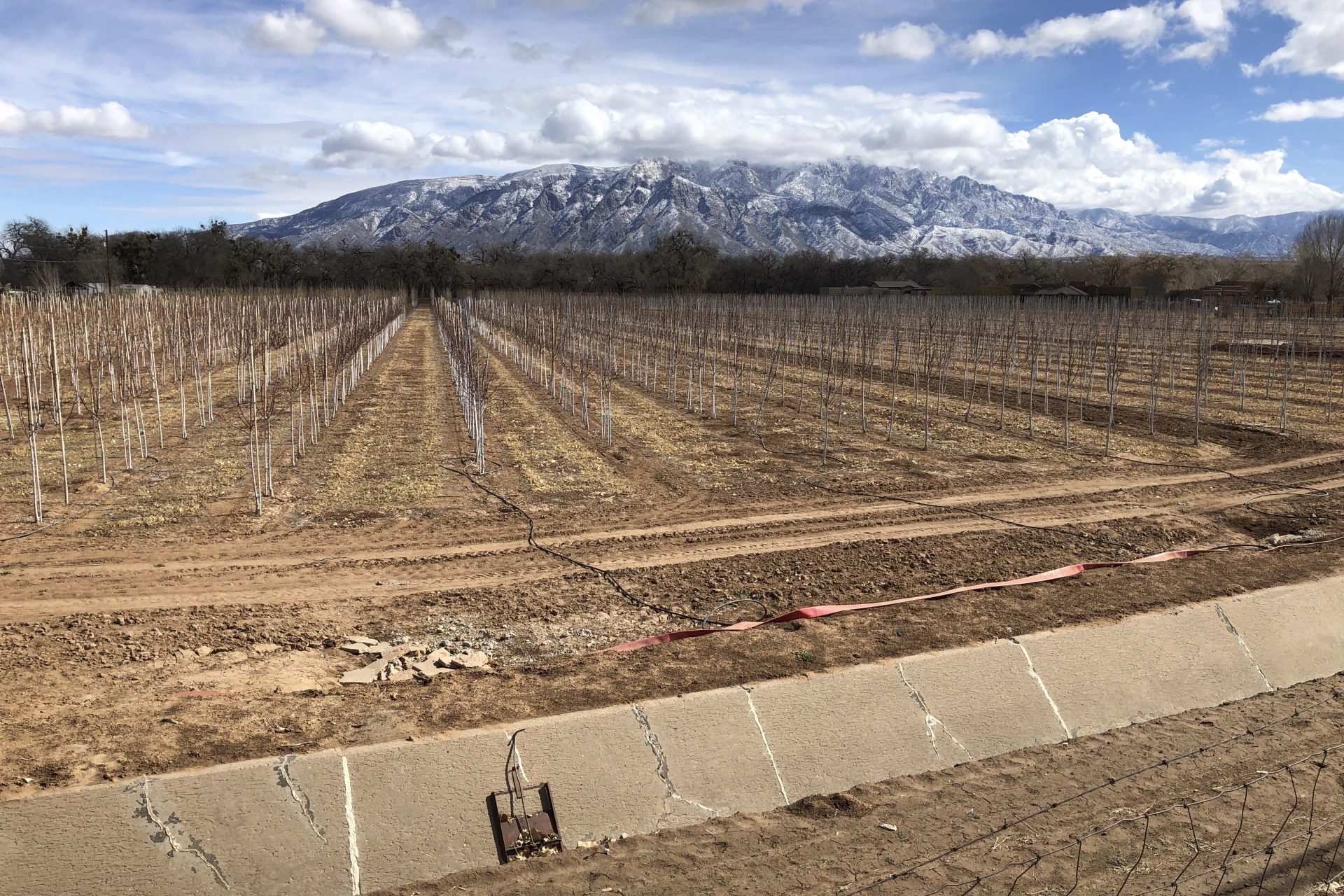 FILE – In this Feb. 17, 2021, file photo, an empty irrigation canal lines a tree farm in Corrales, N.M., as snow covers the Sandia Mountains in the background. Rainstorms grew more erratic and droughts much longer across most of the U.S. West over the past half-century as climate change warmed the planet, according to a sweeping government study released, Tuesday, April 6, 2021, that concludes the situation in the region is worsening.

So we know Earth is getting hot, fast. But how do we know we caused it?

First, the human fingerprint on the atmosphere is clear. According to the IPCC, CO2 levels were higher in 2019 than they have been in at least two million years. And the spike in greenhouse gases since 1750, the authors write, is clearly the result of human activity.

Using powerful computer models, scientists can take all the factors that affect climate — including human-released greenhouse gases, aerosols like sulfur dioxide, deforestation, volcanic eruptions, and changes in solar radiation — and see how different combinations of those factors affect the planet’s temperature over time.

Research has shown that including only natural factors in climate models doesn’t come close to matching observed changes in temperature since the late 1800s. Meanwhile, incorporating both natural and human influences produces a remarkably good match with what we’re seeing — and the natural part plays a very small role.

What’s in store for Pennsylvania?

It might be startling that what seems like a small amount of warming is such a big deal. In this explainer, Penn State University geosciences professor Richard Alley digs into why the climate is so sensitive to changes like this.

According to the U.S. Energy Information Administration, Pennsylvania was the fourth-largest emitter of carbon dioxide among all states in 2018. And the Department of Environmental Protection’s latest Climate Impacts Assessment projects the state will keep getting hotter: Pennsylvania averaged 5 days above 90°F per year between 1971-2000. It’s expected to average 37 per year by mid-century.

The report also says the Commonwealth is on track to face more extreme rainfall and worse flooding by 2050.

These hazards can have all kinds of effects: heat and contaminated water from flooding can harm human health; severe storms can threaten people’s lives and damage infrastructure and homes; and farmers can face new pests and worse soil erosion.

And in Pennsylvania, as elsewhere across the U.S., these hazards don’t affect everyone equally: the DEP predicts that low-income residents, people of color, and those with chronic medical conditions will face greater risk from the impacts of climate change that are expected to unfold by mid-century.

What’s crucial to note is that, even though we’re going to see continued climate impacts through this century, how severe those impacts will be depends on our actions now. The IPCC report makes it clear that the consequences of climate change get worse as warming increases, which means that limiting warming can limit those consequences. The report’s authors say rapid action is crucial to avoid the most catastrophic impacts.

The DEP’s most recent Climate Action Plan, released in 2019, calls for an 80% reduction of greenhouse gas emissions in the state by 2050, compared to 2005 levels. It outlines 19 strategies for addressing climate change, including promoting clean energy, energy efficiency, monitoring ecosystem vulnerabilities, and providing resources to help farmers and the outdoor tourism industry adapt.

In July 2021, Pennsylvania took a step toward becoming the first major fossil fuel-producing state to put a price on carbon emissions. The state’s Environmental Quality Board adopted a regulation that would enter Pennsylvania into a cap-and-trade program known as the Regional Greenhouse Gas Initiative. There are still a couple more steps in the regulatory process, but the Wolf administration hopes to join the program in early 2022.

Environmental groups and some legislators have lauded RGGI as a critical piece in the fight against climate change and its impacts.

But the move to join RGGI has underscored a main reason some legislators cite for not acting on climate change: the state’s robust fossil fuel industry would lose jobs, which could harm communities that depend on them.

That’s raised the question of what’s going to be done to help ease the transition for industry workers and those communities. The Wolf administration hopes to use the money raised by the initiative to help communities pivot away from coal, invest in environmental justice efforts, and support energy efficiency and clean energy programs. 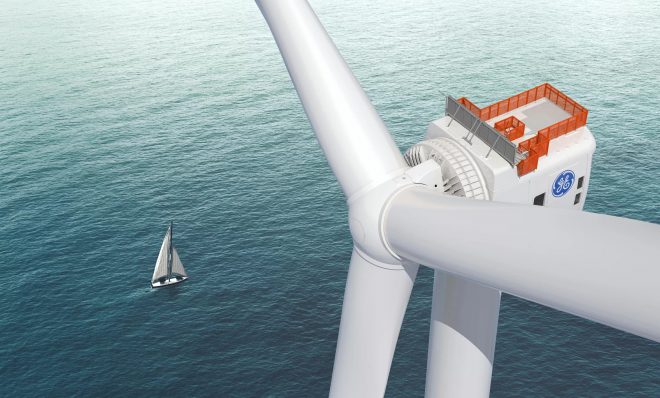 In his veto message, Wolf said the regulation “is a vital step for Pennsylvania to reduce carbon emissions and achieve our climate goals.” 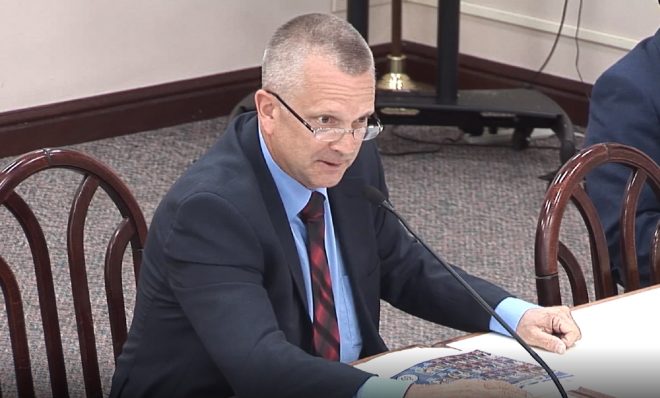 In recent years, Metcalfe invited known climate science deniers to testify at hearings where they argued against measures meant to address global warming. 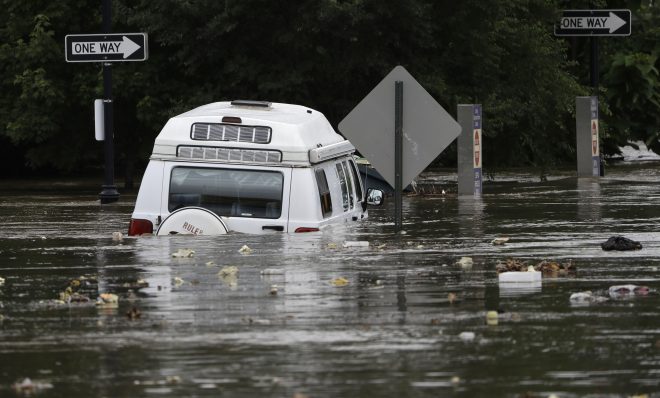 Penn State research shows most cities and boroughs in the state are projected to face higher flood risks by the year 2099. 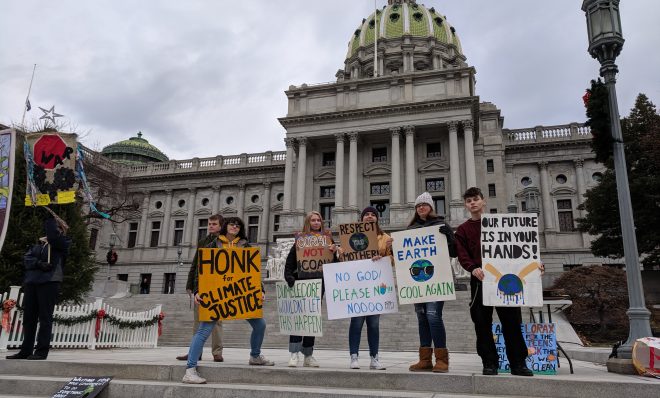 Top stories of 2021: The fight over RGGI

Pennsylvania moved closer this year to joining a regional program to cut emissions from power plants, despite repeated attempts to stop it from Republicans who control the legislature. 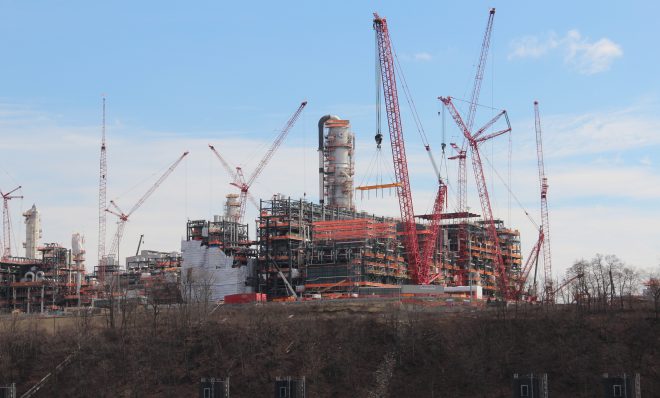 By 2050, plastics are on track to account for 15 percent of all global greenhouse gases. 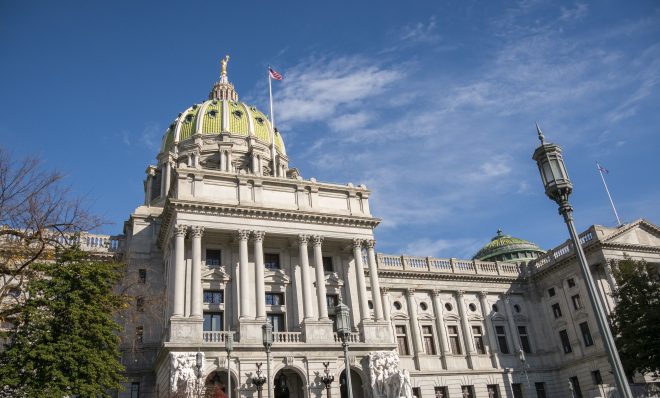 Gov. Tom Wolf is likely to veto the measure, but that won’t mean the regulation could immediately take effect. 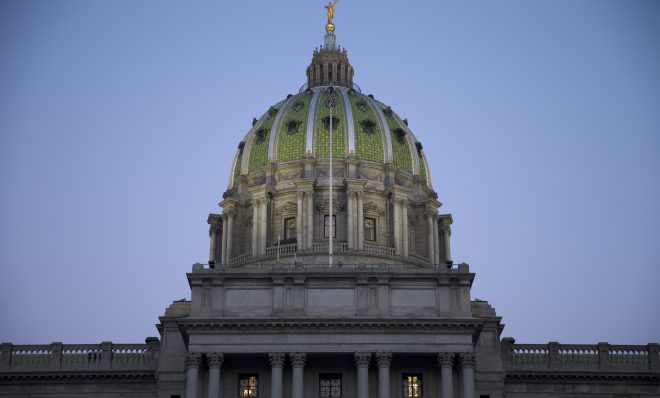 The Wolf administration says the regulation to join the Regional Greenhouse Gas Initiative should be published now; the Republican-led legislature says it has ‘many months’ to review the rule. 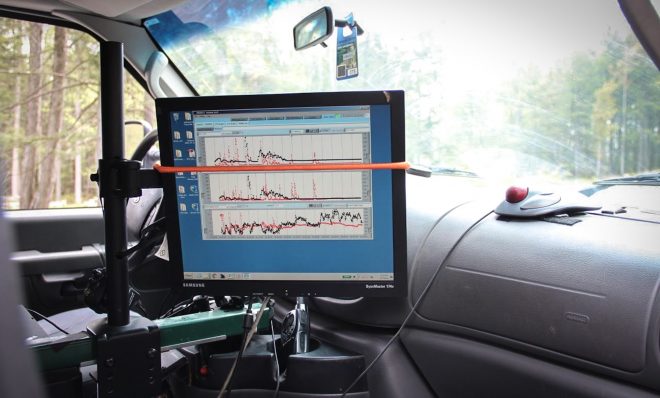 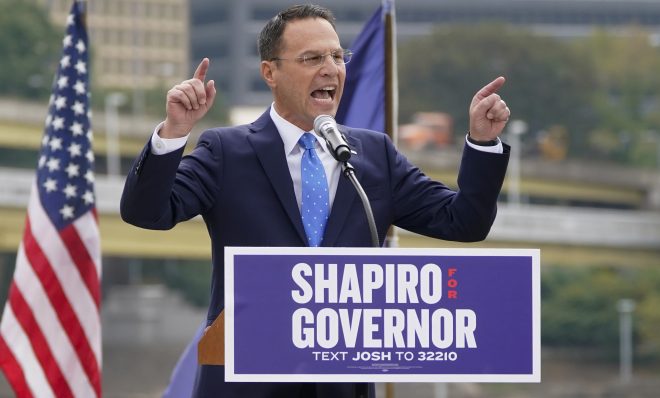