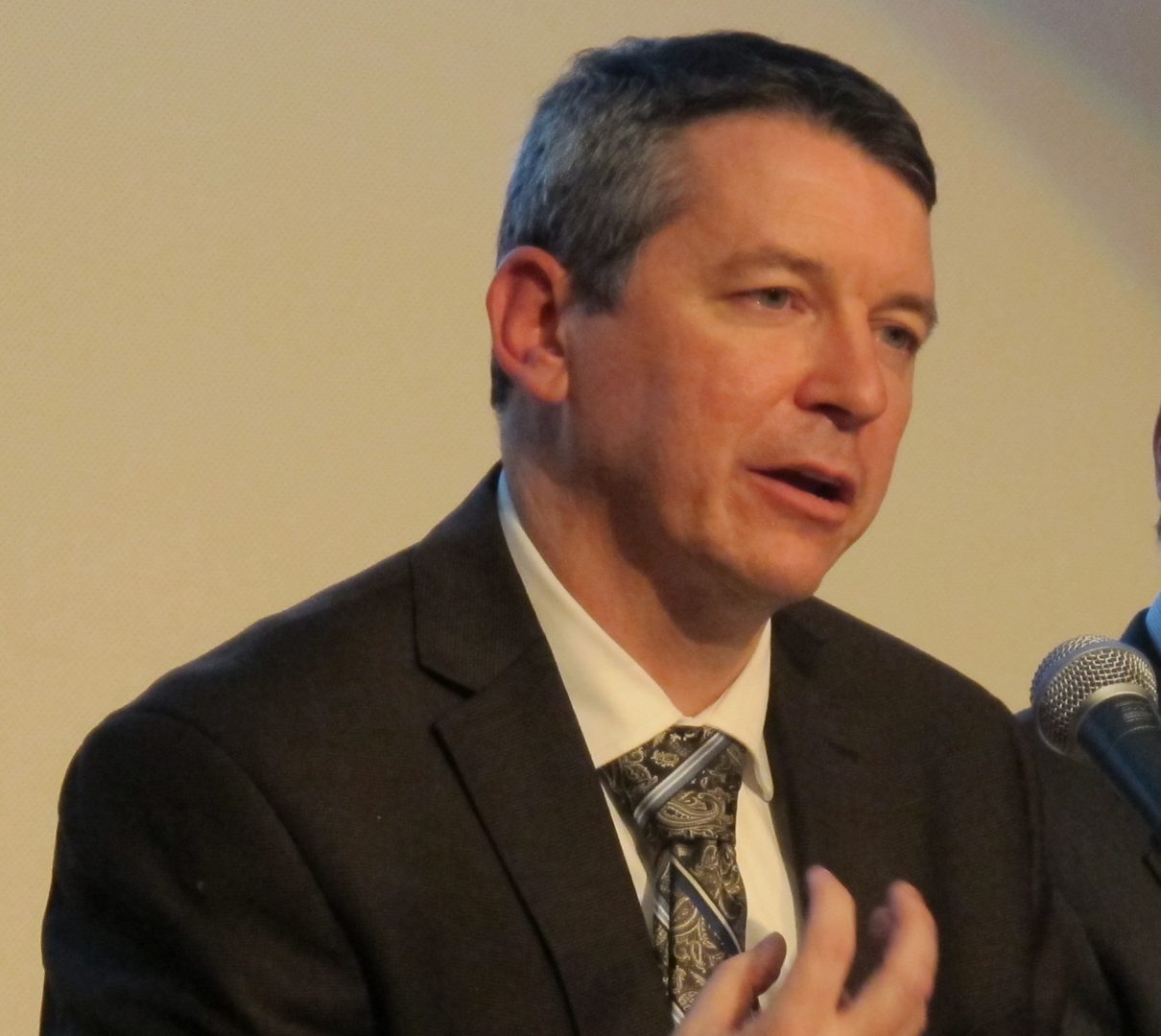 A former top environment official in the Wolf Administration is taking charge of a statewide environmental lobbying group.

Patrick McDonnell stepped down as Secretary of the Department of Environmental Protection in July, after 25 years with the agency.

PennFuture announced Monday that McDonnell will start as its President and CEO in October. He’ll replace Jacquelyn Bonomo, who retired in July.

PennFuture is a statewide advocacy organization working to transition the state to clean energy by lobbying lawmakers and filing court cases.

The group is actively working to influence several initiatives McDonnell oversaw as DEP leader, including the state’s participation in the Regional Greenhouse Gas Initiative.

It is now trying to intervene in legal cases over RGGI, a program that limits greenhouse gas emissions from power plants. A Commonwealth Court judge has denied the group’s status as an intervenor. PennFuture is appealing.

In a statement, McDonnell said he is “humbled and thrilled” to be joining PennFuture.

“The challenges we face have never been greater – from climate change and polluted streams to the very real historical impacts of contamination in disadvantaged communities across the state,” McDonnell said. “And the voice of PennFuture and its members has never been more critical to ensuring we find the solutions to address these challenges for all Pennsylvanians, now and in the future.”

McDonnell’s move is not uncommon. Several former secretaries went on to work for industries overseen by DEP or in advocacy positions after their tenures.

McDonnell was appointed DEP secretary in 2016 by Gov. Tom Wolf. He had been the department’s policy director before his nomination to the top job.

Wolf is term-limited and is set to leave office in January 2023.

He secured a budget increase for DEP heading into the current fiscal year, after years of complaints that the agency was underfunded.

McDonnell notably issued record fines to pipeline companies for violations, even halting permit reviews for the Mariner East project while Sunoco fixed problems with the pipeline. However, pipeline opponents said he and the agency didn’t do enough to stop bad practices.

Because he worked for a Democratic administration with a Republican-controlled legislature, McDonnell often ran into criticisms and challenges as the two sides disagreed on priorities for his agency.

The regulation to join RGGI was finished earlier this year, but is still delayed because of a legal fight. Republicans in the legislature are now objecting to a regulation to limit volatile organic compounds and methane emissions at existing unconventional oil and gas sites, which, if not completed by December, could spark sanctions from the federal government.