Patrick McDonnell, secretary of the Department of Environmental Protection. 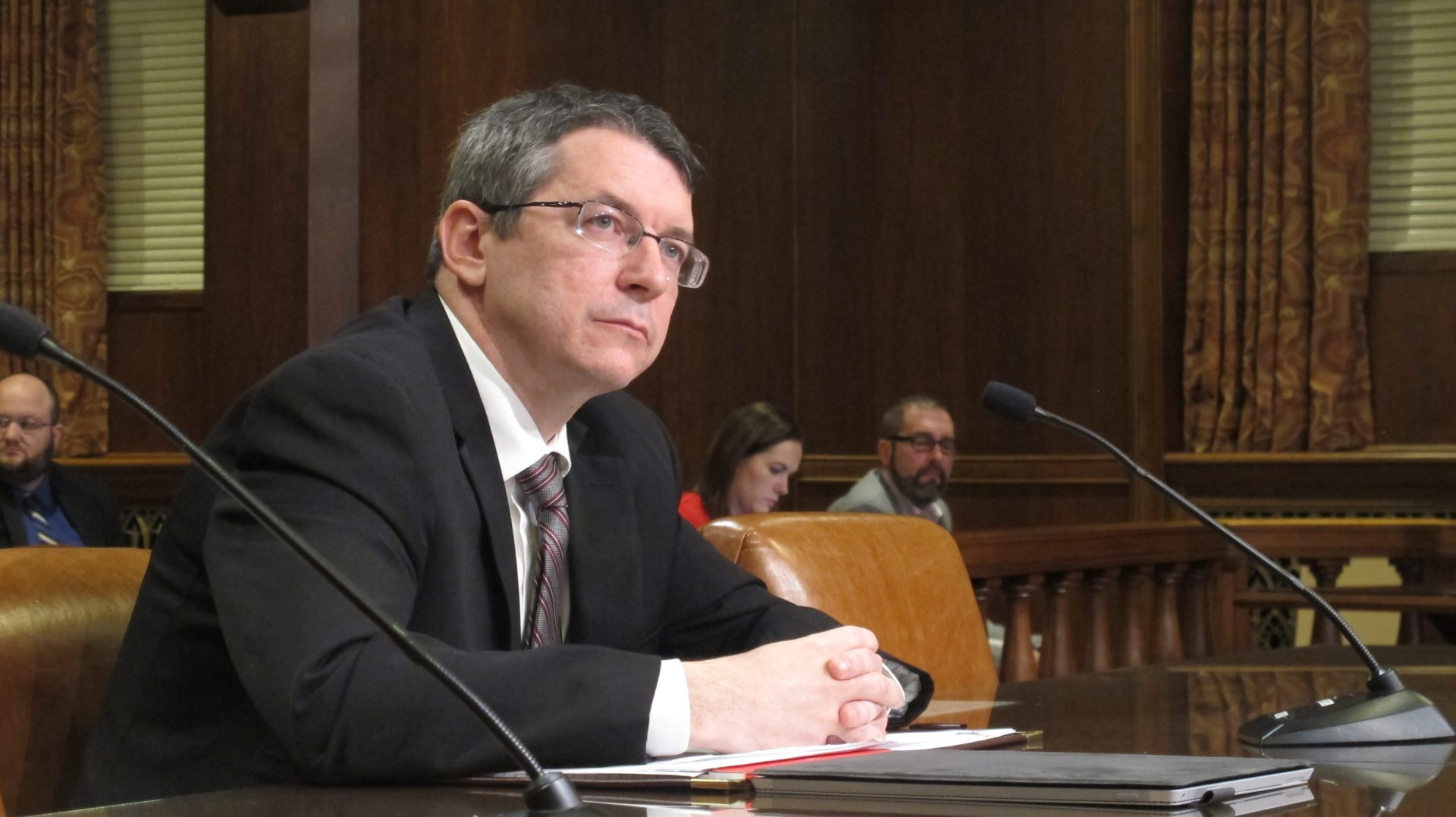 Patrick McDonnell, secretary of the Department of Environmental Protection.

The head of the Department of Environmental Protection is drawing mixed reviews from environmental groups and industry as he plans his exit this summer.

Some environmental groups praised Secretary Patrick McDonnell’s work on climate change while others said he didn’t do enough. Industry representatives appear hopeful the next agency head will favor less regulation.

McDonnell was appointed DEP Secretary in 2016 by Gov. Tom Wolf. He started his career with DEP under a Republican administration in 1998 and had been the department’s policy director before his nomination to the top job.

McDonnell’s departure comes as Wolf, who is term-limited, is set to leave office in January 2023.

PennFuture said McDonnell was committed to the vision set out by the Environmental Rights Amendment of the state constitution: the people have a right to clean air, pure water, and to the preservation of the natural, scenic, historic, and esthetic values of the environment.

“Most importantly, the secretary navigated the department through the multi-year process of enacting the state’s first carbon reduction program for power plants that will allow Pennsylvania to align itself with the Regional Greenhouse Gas Initiative,” said PennFuture President and CEO Jacquelyn Bonomo. “The importance of such a program on our climate and environment cannot be understated, and we thank the secretary for steering the department through this long but important process.”

“Pat has always shown a willingness to work in a collaborative and collegial manner and has made himself available to anyone–no matter their position on a particular issue. Sec. McDonnell is a self proclaimed ‘energy geek,’ and I look forward to working with him in his future endeavors,” Forcey said.

Julie Greenberg, the director of climate justice and jobs with POWER Interfaith, said McDonnell was responsive to her group’s concerns about communities with historically high pollution burdens.

She said recent public hearings about a change in environmental justice policy were very inclusive, but she noted there is a lot more work to do in remediating existing harms.

“The real proof in the pudding is that there actually is environmental justice happening on the ground, not just people being invited in to participate in a good way,” Greenberg said.

Karen Feridun, co-founder of the Better Path Coalition, said McDonnell failed as an advocate for the environment, especially as the dangers of the climate crisis become more visible.

“It has always seemed from the beginning that he had the interests of the industry and the administration,” she said. “I don’t think the job of DEP chief is to just manage pollution, it should be to prevent pollution.”

Feridun noted that DEP withdrew a record fine against natural gas driller Range Resources early in McDonnell’s tenure. She said he should have done more to shut down the violation-prone Mariner East pipeline project.

McDonnell issued major fines to pipeline builder Energy Transfer for problems with its Revolution and Mariner East projects. In 2019, he also shut down all permit reviews while the company fixed problems.

McDonnell served under a Democratic administration and a Republican-controlled legislature, which set him up for certain challenges. GOP lawmakers have tried to hamper the agency’s attempt to join RGGI, the largest effort in recent decades on climate change in the state.

He also struggled to get more state funding for the agency, which he’s said has been dealing with the consequences of past cuts.

David Hess, a former DEP Secretary under Republican governors Tom Ridge and Mark Schweiker, noted that McDonnell is one of the longer serving heads of the agency in recent years.

Because of the COVID-19 pandemic, McDonnell had to shut down the agency and rewire it to fulfill its basic functions.

“I don’t think any other secretary ever had that kind of challenge for such a long period of time,” Hess said.

The Marcellus Shale Coalition wished McDonnell well while implying he stood in the way of natural gas development.

“We wish Secretary McDonnell the absolute best in his next endeavor and look forward to working with acting Secretary [Ramez] Ziadeh to address key regulatory hurdles that are holding back natural gas production, infrastructure and use across the Commonwealth,” said MSC President David Callahan.