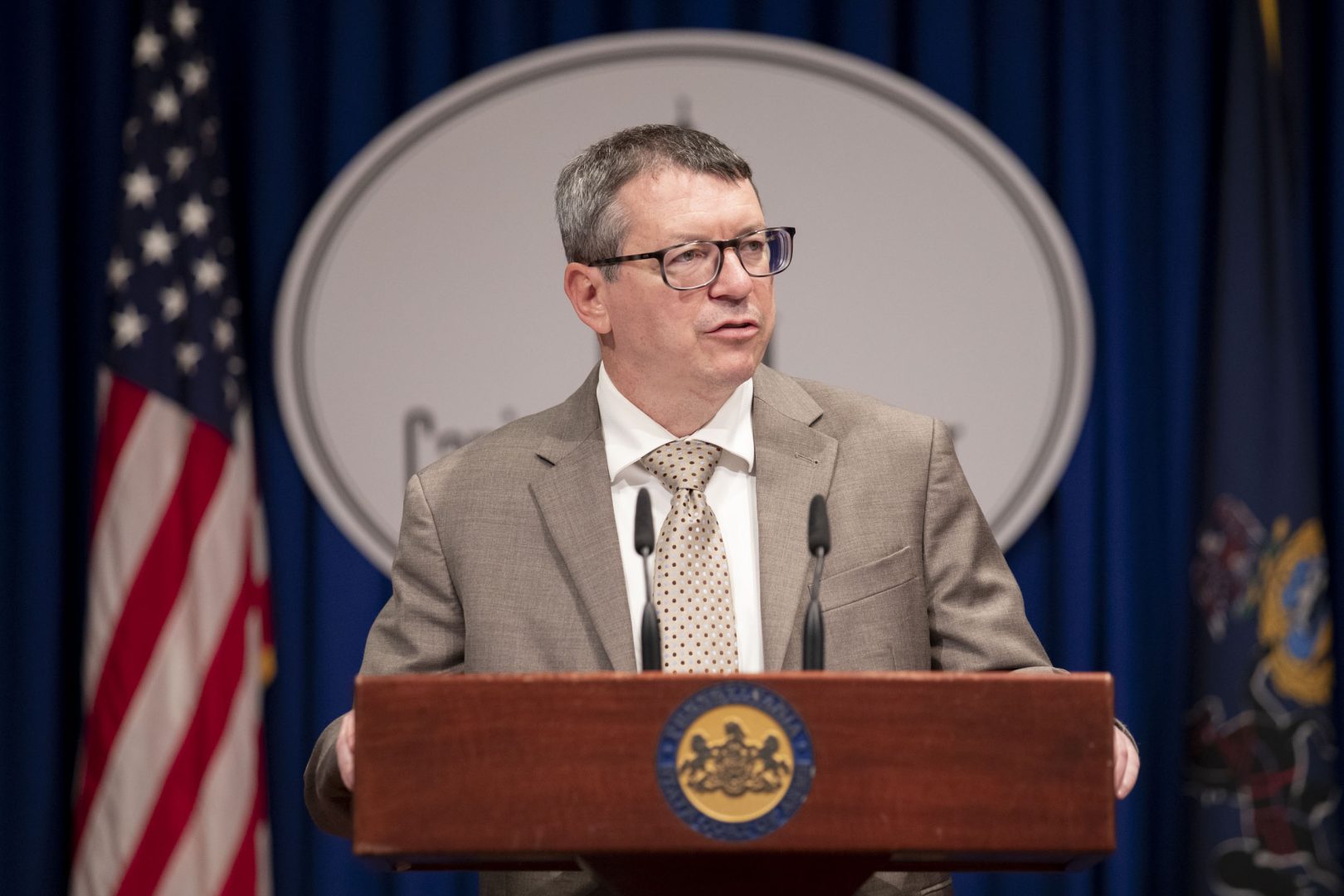 Gov. Tom Wolf said McDonnell will leave his post July 2nd, after 25 years of service at the agency.

He was key in ushering the state into the Regional Greenhouse Gas Initiative, a program meant to reduce power plant emissions.

The rule was finished this spring, but is now facing court challenges from Republican lawmakers, coal industry interests, and power plant owners.

“I’m so honored to have served Governor Wolf and lead a tremendous and dedicated staff at DEP,” McDonnell said. “From our litter cleanups to improving our permitting processes to taking unprecedented steps to address climate change, I’m proud of the work we’ve been able to accomplish.”

The department is also developing a rule to limit chemicals known as PFAS in drinking water.

“It is noteworthy, it’s the first time in the commonwealth where we have set our own [limit], not simply adopted a federal standard,” said McDonnell.

Delaware Riverkeeper Network sued DEP in 2019 to try to get the agency to set standards for PFAS. The group says the proposed rule doesn’t go far enough.

McDonnell has faced criticism from the Republican-controlled legislature, where lawmakers complained his agency took too long to process permits companies need to do things such as build or drill.

He said during budget hearings this spring that the department has reduced a backlog recently, but needs more support. Wolf’s budget proposal calls for adding 40 more staff to DEP.

A grand jury report released in 2020 accused DEP of not being prepared to minimize harms to people’s health and the environment from the natural gas industry.

The report recommended several fixes, including increasing the set-back of all oil and gas wells from 500 to 2,500 feet from any home or business, making public the chemicals used in the fracking process, and regulating smaller pipelines, or gathering lines, “based on risk, not size.” Some legislation has been introduced to adopt the recommendations, but they have not been taken up.

DEP called the grand jury report “unreliable.” It said the agency had vastly increased the number of well inspections and citations, and had fined drilling companies more than $67.5 million for environmental violations during the Wolf Administration.

As a member of the Delaware River Basin Commission, McDonnell joined other members last year in voting for a fracking ban in the basin, saying he was proud to protect water resources for future generations.

As Secretary, McDonnell levied millions in fines against pipeline company Energy Transfer for problems with its Revolution and Mariner East pipelines. Pipeline opponents often criticized the fines as inconsequential.

Ziadeh is now the Executive Deputy Secretary of Programs. He started at DEP in 1994.