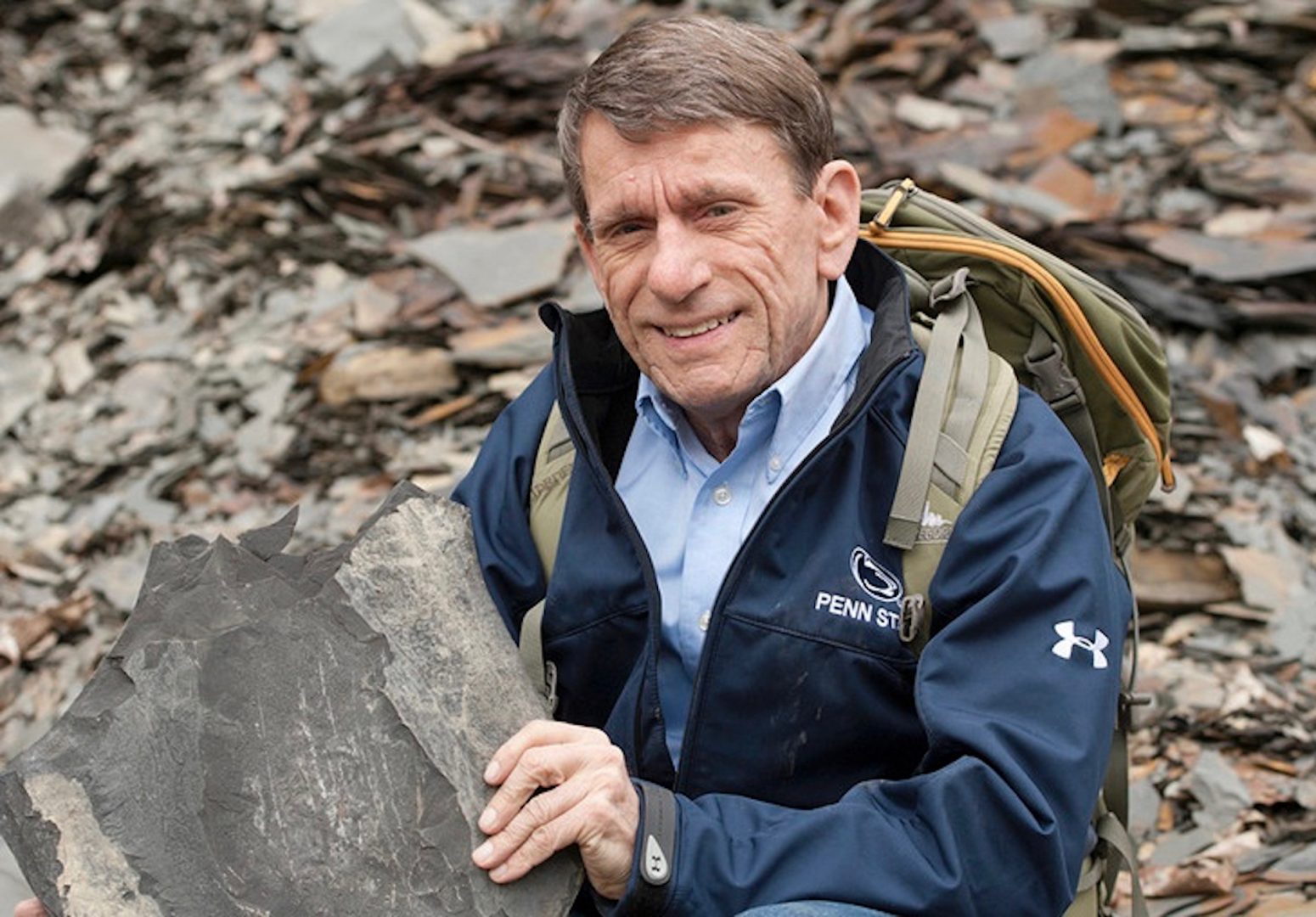 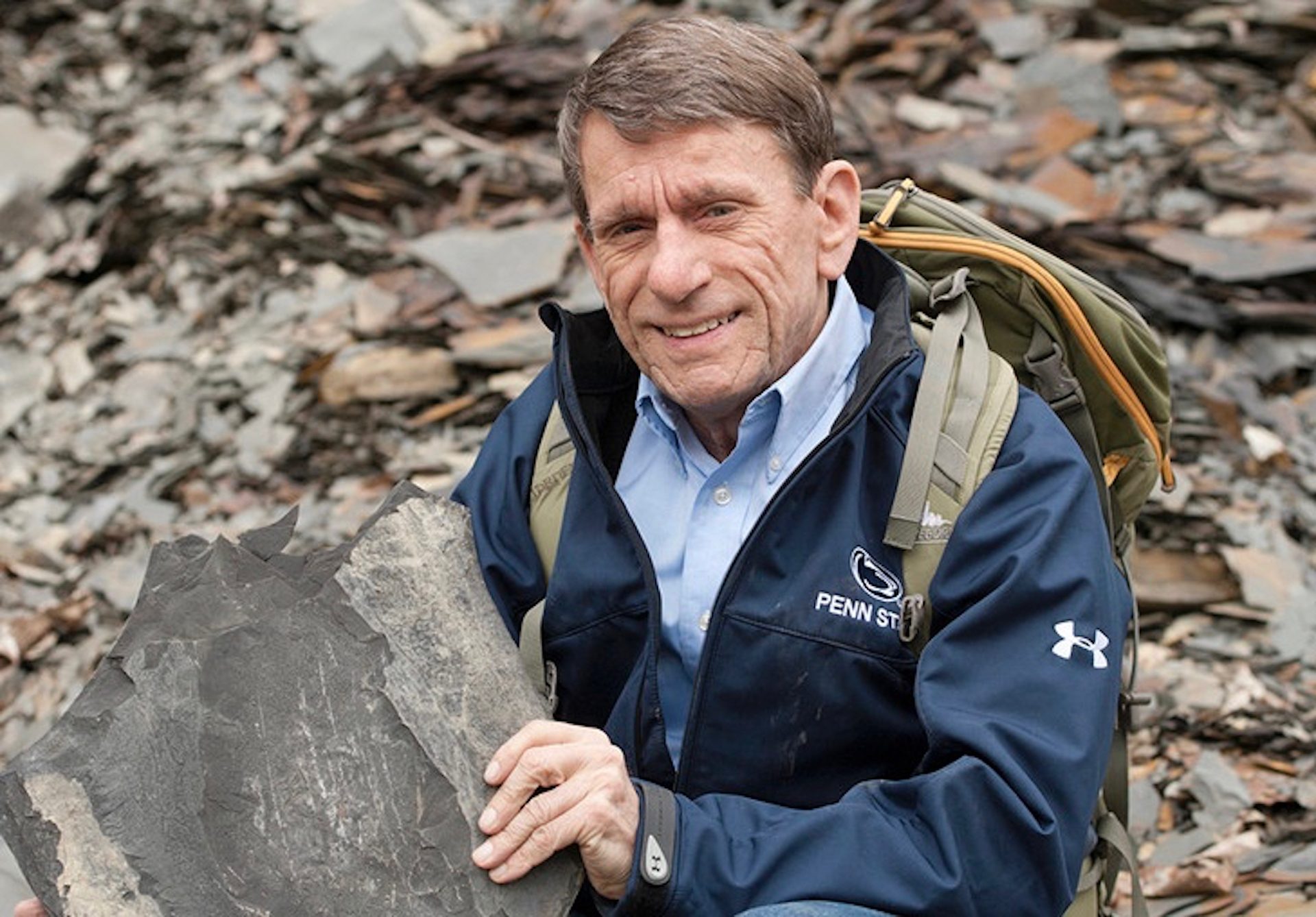 In 2007, Terry Engelder, then a professor of geosciences at Penn State, estimated how much natural gas could be accessed in the Marcellus Shale formation using hydrofracking. That calculation led to a drilling boom across the Marcellus region in Pennsylvania.

Widely recognized for his work, Engelder has advised state agencies, including the Pennsylvania Department of Environmental Protection. And, his research has received funding from a number of companies in the industry. Now retired and a professor emeritus, Engelder is working on a book called “A Frackademic from Appalachia.”

Along with economic benefits, the surge in gas exploration in Pennsylvania led to environmental and health concerns. On June 25, state Attorney General Josh Shapiro announced the findings of a Pennsylvania grand jury condemning the DEP and state Department of Health for inadequate oversight of the natural gas industry.

The report outlines problems from brown water caused by fracking to the state dismissing residents’ complaints without investigation. The report also makes recommendations from additional pipeline regulation to increasing the setback of oil gas wells.

StateImpact Pennsylvania spoke with Engelder about the grand jury’s findings.

StateImpact Pennsylvania: Do you think that the state should have put the brakes on drilling in the Marcellus Shale region and studied it first?

Engelder: Well, in any industrial process, there is a period of experimentation that goes on and there are no models that could have been run ahead of time, for example, to predict that in northeastern Pennsylvania gas would escape from formations above the Marcellus to cause this migrating methane. I think that largely, this had to be something where a certain amount of experience was developed before anyone, either the industry or the DEP, realized what was happening.

StateImpact: You’ve written about mistakes you think were made, such as not getting baseline data on water quality and keeping the ingredients used in fracking a secret. Who do you see as responsible for those mistakes?

Engelder: Well, it was a series of different entities that made the mistakes. For example, the proprietary nature of the chemicals. That was a political decision. So that came out of Washington. And it happened during the passage of the Energy Bill of 2005. That became famously called the Halliburton loophole. I call that a mistake by industry. But actually, it was a mistake by politicians who caved in to industry lobbyists.

Now, I’ve already indicated the open boreholes, that was an industry mistake. They were using a practice that worked in one area of the country or one area of the state and then entering another area of the state where that particular practice failed. And the DEP then had the industry correct that. The business of sampling water wells ahead of time. That was something that the industry could have anticipated. And I think that in that case, this was just a piece of bad judgment on the part of industry operators.

StateImpact: The grand jury received testimony from people who said they were harmed by the industry. One statement from the grand jury reads: “We heard clear and convincing evidence that leads us to conclude that industry operations in Pennsylvania have made our children sick.” What are your thoughts on that?

Engelder: That’s conjecture. And the reason that I state that is that it requires epidemiological studies of a longitudinal nature to prove that.

It is very clear from some of the epidemiological studies that there is an association where people have looked at such things as asthma and concluded that asthma and fracking are associated with one another. The cause, though, is the issue. So that statement that you just read assumed that epidemiologists have proven a cause rather than an association and that’s one of the issues that the state Department of Health took with the grand jury report. If you recall, there was an entire rebuttal from the state Department of Health saying that we were besmirched unnecessarily because the grand jury didn’t know or understand the difference between an association and the cause.

Grand jury recommendations: After a two-year investigation, a Pennsylvania grand jury released a report in June faulting government agencies for failing to protect public health from the effects of fracking. The grand jury’s report included eight recommendations:
Increase the set-back of all oil and gas wells from 500 to 2500 feet from any home or business, and more for schools and hospitals.
Make public the chemicals used in the fracking process
Make the transportation of toxic waste safer
Regulate smaller pipelines, or gathering pipelines “based on risk, not size”
Strengthen air pollution regulations of fracking-related sites
Assess public health in relation to fracking (the DOH has agreed to do so, Shapiro said)
Slow the “revolving door” by limiting the ability of legislators and state employees to leave public service and go to work for the industry
Allow the AG’s office “original criminal jurisdiction over unconventional oil and gas companies”

Engelder: Of the recommendations, only three of them were rejected, and one of those that was rejected was this proposal that the state spend a trivial amount of money — it was $2 or $3 million, or something like that — initiating these long term studies that would answer the question: Are people’s complaints really complaints because they’re caused by fracking, or are they just the general background of the headaches and rashes and asthma that a normal population has?

On the positive side, of course, Act 13 was one of the results of this proposal, and regulations were certainly stiffened and made much more effective in terms of managing the oil and gas industry, but this one proposal was rejected. And I think that the state will continue to regret that.

StateImpact: Do you think that oversight has evolved to where it needs to be?

Engelder: Boy, that’s that’s the $64 question. Because you can always look at a risky industry — and the fracking industry is about as risky as it gets — and you can say, well, let’s do more inspections. Let’s make them plug more wells where there’s methane migrating in. So yes, there’s always the opportunity to even have stricter rules.

And so it then becomes a political judgment as much as anything where the lobbyists in Harrisburg are tussling with the legislators. And at the end of the day, we have to remember that the DEP answers to the rules and regulations of the state, the statutes of the state, and so if one concludes, yes, this needs to be a more regulated industry, then the leadership for that probably should come from the legislative branch of government.

This interview was condensed and edited for clarity. To listen to a longer interview, go to WPSU’s Take Note.