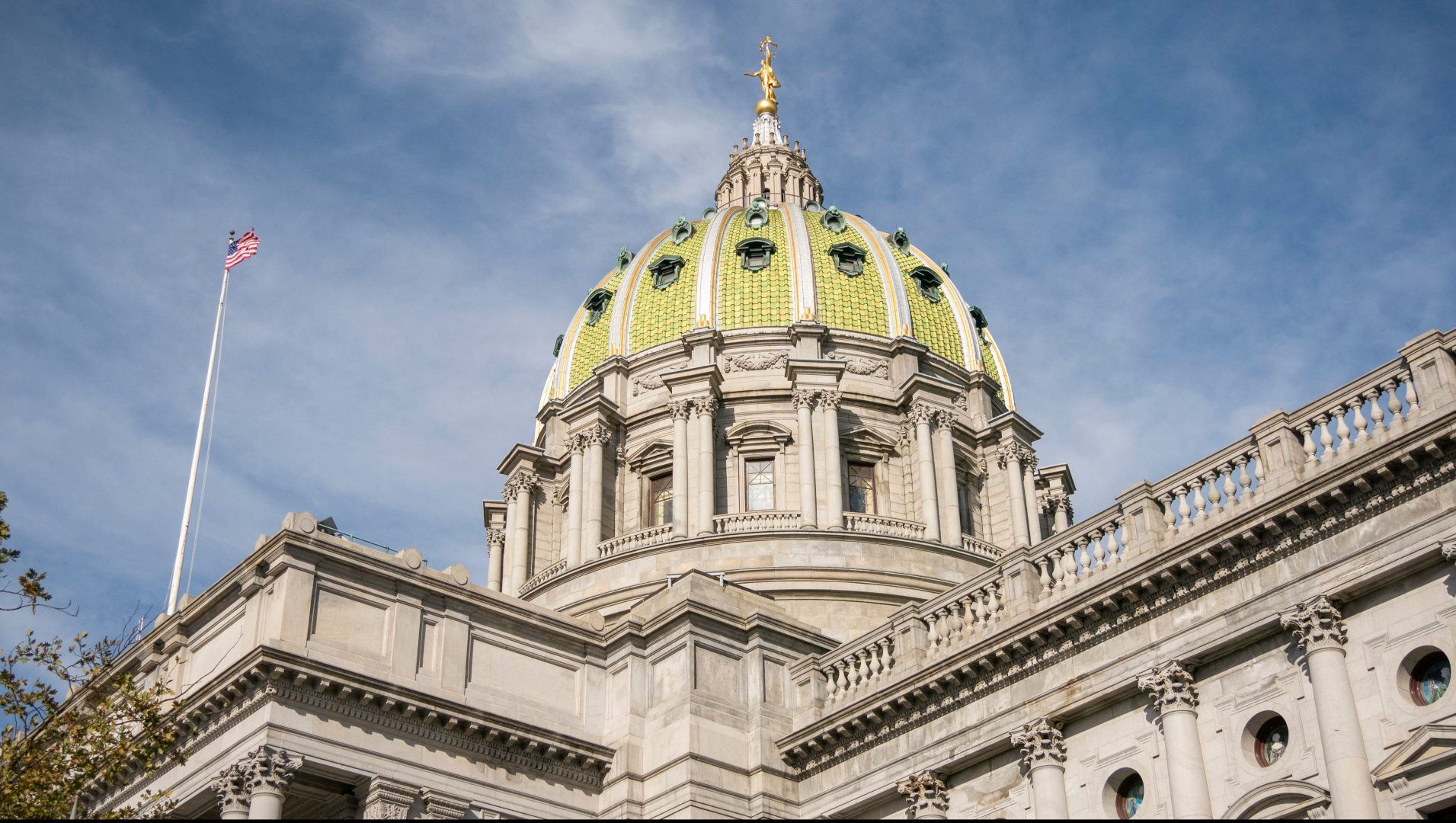 A key state House committee Tuesday advanced a proposal to stop Pennsylvania from entering a regional cap-and-trade program with 10 other northeastern states.

The House Environmental Resources and Energy committee voted 16-8 to pass the measure, with one member absent. It can now be considered by the full House.

At an unrelated news conference Monday, Gov. Tom Wolf said he would veto the bill if it gets to him.

The governor signed an executive order in October directing the Department of Environmental Protection to join the Regional Greenhouse Gas Initiative (RGGI) through the regulatory process. The Environmental Quality Board will likely vote in July on whether to put a draft plan up for public comment later this year.

Though Republicans have spoken out against RGGI, and tried to pause regulations generally during the governor’s COVID-19 emergency declaration, the vote on HB 2025 is the first time the legislature has acted against the effort specifically.

Sponsor Rep. James Struzzi (R-Indiana) said he doesn’t think RGGI should move forward, especially given the coronavirus pandemic that has sparked economic difficulty. But he said the bill is about “giving a voice back to the people of Pennsylvania” through their representatives.

Supporters of the bill say the cap-and-trade program is tantamount to a carbon tax and that it’s the legislature, not the executive branch, that is responsible for when and how to levy taxes. They accuse the governor of violating the state constitution with his executive order.

The bill would bar the DEP from taking any action that is designed to control carbon dioxide emissions, including participation in a regional greenhouse gas cap-and-trade program such as RGGI, unless the action is authorized by the General Assembly.

Under the bill, DEP would need to hold public hearings and compile a report detailing the cost of implementing such a plan before submitting it to the legislature. Such an analysis is already required under the state’s Regulatory Review Act.

The bill’s sponsors claim RGGI will cause coal-fired power plants to shut down prematurely, causing economic hardship for surrounding communities, and “will adversely affect this Commonwealth’s economy, environment and electric reliability and the general health, safety and welfare of its residents, businesses and industries.”

Rep. Pam Snyder (D-Greene) represents the southwestern corner of Pennsylvania, home to many of the coal miners and several coal-fired power plants that would be affected by RGGI. She co-sponsored the bill and was the only Democrat on the committee to vote for it.

“I need action to show new jobs being created. That isn’t happening in my district,” Snyder said. “No one has reached out to me and told me, ‘We’re going to bring a huge manufacturing plant to the 50th District, Pam. So, when we close all the coal mines your people have somewhere to work.’”

The Beaver Valley nuclear power station, which is near Snyder’s district, recently reversed a decision to shut down because of the governor’s plan to join RGGI. Operators said the program will help “level the playing field” for carbon-free nuclear generators.

Opponents of the bill said the governor has the authority to join RGGI under the constitution and under the Clean Air Act.

“We have a constitutional right to protect clean air and pure water for all Pennsylvanians, not just now, but for future generations,” said Rep. Leanne Krueger (D-Delaware).

She added that joining RGGI would be the biggest action Pennsylvania has taken to combat climate change in years, and said it would provide economic resources to help people affected.

Pennsylvania is the fourth largest greenhouse gas emitter in the country. Scientists say carbon emissions must be cut dramatically to avoid the worst effects of climate change.

Facing the threat of veto, Struzzi said it’s still important for him and his colleagues to move his bill forward “to take a stand for the people we represent.”

“If the Governor chooses to veto the bill, he is essentially ignoring that [legislative] process and voices and concerns of those we represent,” he said.

The Natural Resources Defense Council, which supports RGGI, published a blog post arguing the bill’s aim is simply to “score political and messaging points against Governor Wolf and the DEP” and act as a prequel to a potential lawsuit against the administration.

In a statement, DEP spokesman Neil Shader said changes in Pennsylvania’s electricity market, like the rise of cheaper natural gas, are driving the closure of coal facilities. He said that will continue with or without RGGI.

“We would like to work with the legislature to find ways to reinvest the proceeds from the RGGI auctions into things like job training, electricity rate controls, sustainable energy, and energy efficiency measures,” Shader said.

Two DEP advisory committees failed to recommend the draft RGGI plan to the Environmental Quality Board, which ultimately decides if the regulation moves forward. Neither vote from the Air Quality Technical Advisory Committee and the Citizens Advisory Council is binding. Neither group voted to specifically oppose the plan.

As EPA steps back, states face wave of requests for environmental leniency