New owners say they won't close the plant, as long as cap-and-trade plan goes through 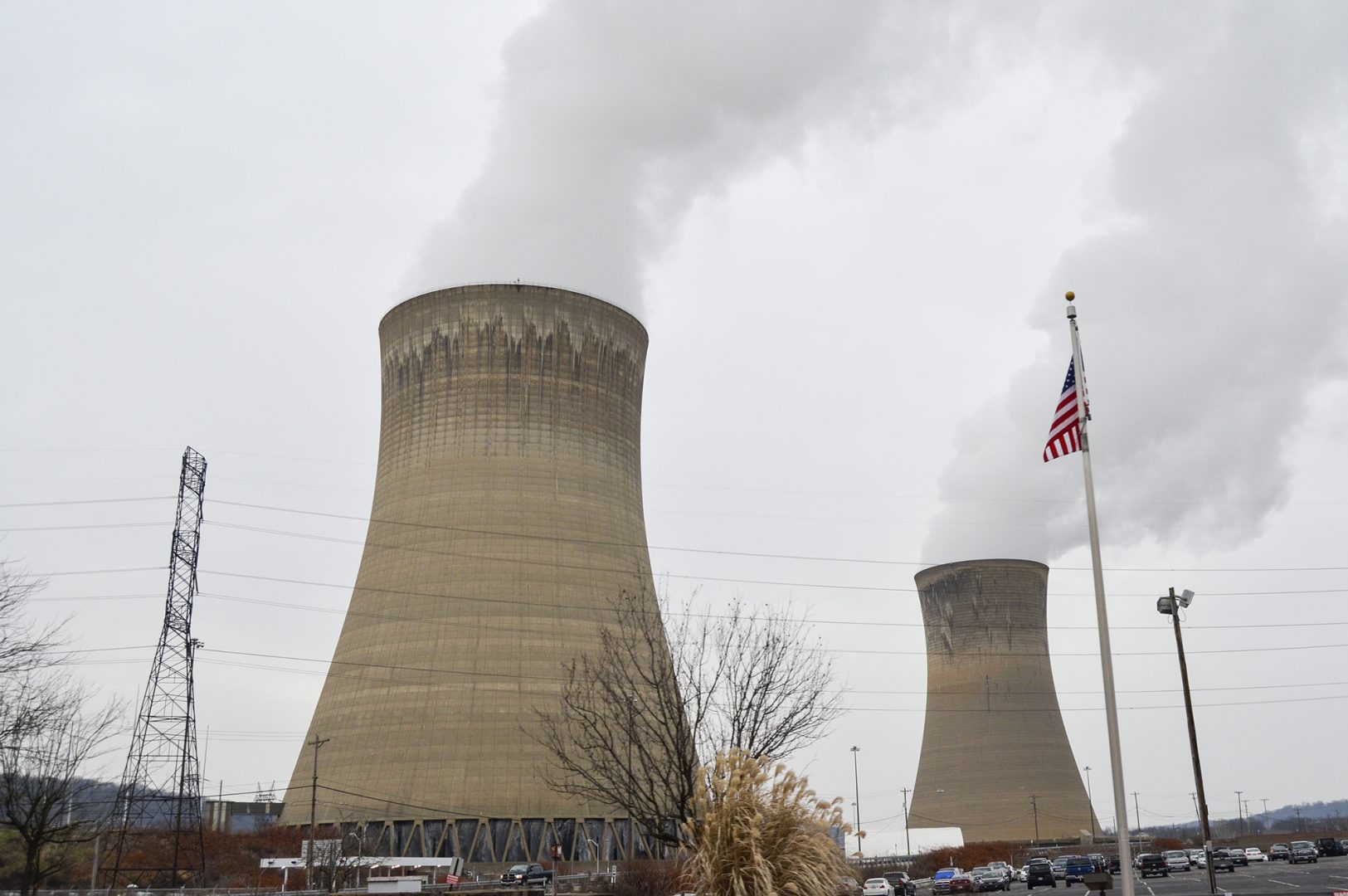 The owners of Beaver Valley nuclear power station in Shippingport, Pa. said they are reversing a decision to shut it down next year, citing a climate policy pushed by Gov. Tom Wolf.

Akron, Ohio-based Energy Harbor Corp. said Friday it had notified PJM Interconnection, the regional grid operator, that it would rescind March 2018 deactivation notices for the two power generating units at the plant, which employs 1,000.

Those units were scheduled to permanently shut down in May and October 2021, according to the Nuclear Regulatory Commission.

In October, Wolf signed an executive order mandating the Department of Environmental Protection to draft a regulation to put the state into RGGI.

“The decision to rescind the deactivations for Beaver Valley was largely driven by the efforts of Governor Wolf’s administration to join the Regional Greenhouse Gas Initiative,” said Energy Harbor President and Chief Executive Officer John Judge, in an emailed news release.

Judge said the state’s inclusion into RGGI will “begin to help level the playing field for our carbon-free nuclear generators” and will help it market “carbon free energy” to customers. RGGI aims to cut carbon emissions, which contribute to climate change, by requiring polluters to pay for their emissions.

The states in the agreement are Connecticut, Delaware, Maine, Maryland, Massachusetts, New Hampshire, New York, Rhode Island, Vermont and  New Jersey. Virginia just passed a law that paves the way for it to join.

Republicans in the state House and Senate have questioned the legality of Wolf’s order, and said they could try to block the plan. Judge signaled that could trip up the company’s plans.

“We are excited about the RGGI process implementation in early 2022 but would need to revisit deactivation if RGGI does not come to fruition as expected,” he said.

In a statement, Wolf said the decision was “very encouraging” as his administration prepares to draft the regulation to enroll the state in RGGI.

“Climate change is the most critical environmental threat confronting the world and demands a multifaceted approach,” Wolf said. “Reducing emissions and maintaining existing clean energy resources are primary components in the fight to address climate change, and energy companies like Energy Harbor recognize this.”

The announcement is a reversal of fortunes for the 1,872-megawatt Beaver Valley plant. In 2018, FirstEnergy Solutions, its previous owner, filed for bankruptcy and announced the plant would begin deactivation by 2021. At the time, the company cited steep competition from cheap natural gas.

The company then sought federal and state bailouts for its coal and nuclear plants. A federal bailout didn’t happen, but the company did score a $150 million-a-year ratepayer bailout in Ohio for its plants there.

Energy Harbor emerged out of the FirstEnergy Solutions bankruptcy last month as the new owner of Beaver Valley. Its announcement was a pleasant surprise for State Rep. Rob Matzie, a Beaver County Democrat who had tried unsuccessfully to get a bill that would have propped up nuclear power to pass the Pennsylvania legislature. The state’s Public Utility Commission had estimated the measure would cost ratepayers $458.9 million to $551 million a year.

“It’s a big deal,” said Matzie. “It stops the clock ticking. You know, they were talking of needing to make a decision by the end of summer whether to stay open or closed. So it gives us a little bit more time.”