Gov. Wolf just set a lofty climate goal. What will it take to get there? | StateImpact Pennsylvania Skip Navigation

Gov. Wolf just set a lofty climate goal. What will it take to get there? 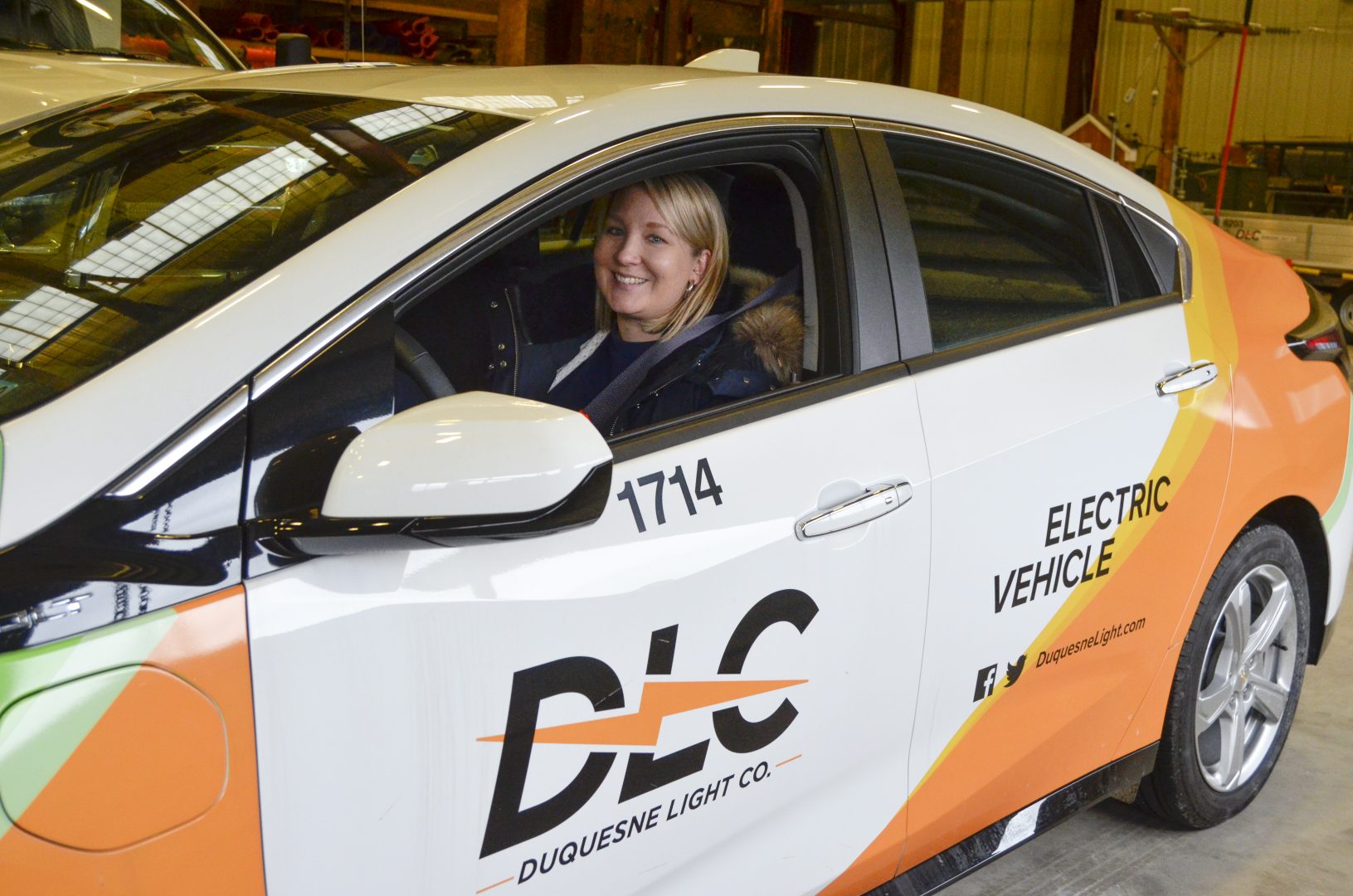 Gov. Tom Wolf kicked off the new year with an ambitious climate change goal: reduce the state’s greenhouse gas emissions 26 percent by 2025, and 80 percent by 2050.

Pennsylvania is the nation’s fourth-largest emitter of carbon dioxide. If cutting emissions to arrive at Wolf’s targets is achievable, it will require a host of strategies.

One involves far more electric vehicles on the road. In the Pittsburgh area, less than 1 percent of car sales are electric, said Sarah Olexsak, manager of transportation electrification for Duquesne Light.

The power utility began greening its own fleet in 2017, purchasing electric sedans and trucks to use in lieu of ones powered by gasoline or diesel.

Standing next to one of the electric trucks recently, Olexsak paused to listen to a faint stream of white noise emanating from it.

“This is all you’re going to hear, the sound of the fan and the batteries,” she said.

That’s less of a nuisance for residents when workers are fixing nearby lines. Plus, there are zero tailpipe emissions.

Duquesne Light is also working with parking authorities and local businesses to help install chargers for the public, offering guidance on where to place them and whether to require payment for their use.

“Your car is going to sit eight-plus hours a day at a work site,” Olexsak said. “It’s a great place to charge up.”

Better planning and incentives to increase electric vehicle use would result in significant greenhouse gas reductions for Pennsylvania. That’s one suggestion for cutting emissions included in the state’s most recent blueprint for addressing climate change, the draft of its Climate Action Plan released by the Department of Environmental Protection every three years.

Wolf based his new climate goals off models identified in the plan, which use 2005 as a baseline year for emission levels. As coal-fired power plants shut down amid competition from cleaner natural gas and renewables, Pennsylvania is already halfway to his 2025 target.

Wolf has joined other governors in setting similar short- and long-range targets.

“The idea of having a goal of 80 percent reduction by 2050 will inform choices that we make now because energy investments are very long-lived,” Apt said.

A gas power plant, for example, will operate for decades.

“That’s a big shadow that an investment today casts,” Apt said. “Having a goal now that articulates out 30 years into the future is quite reasonable.”

Many in the environmental community were glad to see the governor set ambitious targets.

“It’s absolutely the goal we need, but the market by itself is not going to get us there. We really need to do it through policy,” said Mark Szybist, senior attorney with the Natural Resources Defense Council.

Establishing a cap-and-trade program that sets a limit on emissions is one option. The state could also boost its Alternative Energy Portfolio Standard, a law that requires a certain percentage of the state’s power mix come from renewables. Those ideas will be tough to get through a Republican-led Legislature.

Lawmakers this year are expected to debate whether to rescue the state’s nuclear industry. Like coal, it’s struggling to compete with gas and renewables. Nuclear reactors provide Pennsylvania’s largest source of carbon-free power, but several are slated to close prematurely.

“Keeping those nuclear power plants operating as they are now is a very good low-pollution strategy,” Apt said.

In announcing his climate goals, Wolf did not say if he would support such a plan. He did indicate he wants to go after more natural gas development while striving for lower emissions.

Szybist with the NRDC said it would be problematic if gas-fired power replaced nuclear reactors that shut down. Gas production and transportation can lead to methane leaks, and it produces carbon emissions when used to generate electricity, though not to the extent of coal-fired power.

“The emission reductions we’ve seen the past few years, I think are not durable,” Szybist said. “They’re vulnerable to going back up again unless we figure out energy policy that will really drive development of renewables.”

The state has made progress on some policy fronts, joining a group of states developing a clean transportation policy, cracking down on methane leaks and releasing a plan for greater solar energy development.

“Policy is most important to drive all this, but businesses and citizens can step up as well,” Szybist said.

DEP’s draft climate action plan, which is expected to be finalized soon, accounts for what further action the state could take. It includes policies tied to nuclear, renewables, electric vehicles, energy efficiency and more options for emission reductions.

“You’re not going to reach the goal with just these strategies,” said Robert Graff of the Delaware Valley Regional Planning Commission, who’s also a member of the state’s climate change advisory committee.

They only get Pennsylvania halfway to its 2050 target. But, he said, the plan is a starting point. He said he believes the governor’s decision to announce those goals will get people to give the plan more consideration. The state received a federal grant to help develop it, and Graff said it’s more thorough than in previous years.

Maybe, technological advances in energy storage or capturing and storing carbon emissions will make an 80 percent drop easier to achieve, he said. It’s also possible that at some point, the federal government could step in with sweeping policies aimed at reducing emissions, or that the public will become more willing to change carbon-intense habits by driving or flying less, for example.

“You have to walk a narrow path between what’s effective and what’s economically feasible and also what will have less disruption to the way people like to live,” Graff said.