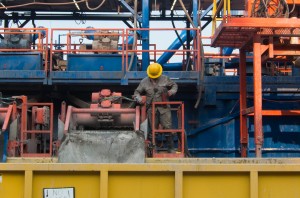 Pennsylvania’s newly proposed oil and gas drilling rules have been written and re-written for the past four years. They’re now one step closer to being finalized.

“This is our near-final rule-making,” says Kurt Klapowski, Director of Oil and Gas Planning and Program Management at the state Department of Environmental Protection. “It’s been a monumental effort from the department, industry, and the public to review and submit thoughtful comments.”

The regulation-drafting process was started in the wake of the shale gas boom, when the state’s updated oil and gas law, known as Act 13, was enacted in 2012. The agency received roughly 30,000 comments on the regulations.

At a public meeting Tuesday, Klapowski went over the major changes to the rules for the agency’s Oil and Gas Technical Advisory Board. The proposed regulations offer more stringent permitting reviews for wells near certain public places, like parks and playgrounds. The department also updated rules on how companies must replace damaged water supplies, handle waste, and identify old wells before drilling new ones.

The new rules have irked both environmental groups and industry— which view the regulations as either too timid, or too far-reaching.

The proposals will now go before the agency’s Environmental Quality Board early next year. Assuming they’re approved, the rules then move to the Independent Regulatory Review Commission. The regulations must be finalized by March 2016.