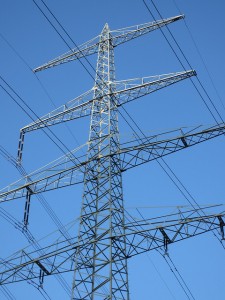 The U.S. Environmental Protection Agency said on Thursday that most states are actively engaged in planning for implementation of the new federal Clean Power Plan that aims to make deep cuts in carbon emissions from power plants to curb climate change.

The day before the final version of the rule is published in the Federal Register, a top EPA official said the agency’s discussion with the states have been “extremely constructive” since the rule was published on Aug. 3.

“We’ve been impressed with the remarkable level of engagement across the board,” said Janet McCabe, acting assistant administrator in the EPA’s Office of Air and Radiation, during a conference call with reporters. “Conversations and questions have quickly shifted from the basics of the rule towards a more in-depth focus on the implications and opportunities of various choices and approaches available to states and utilities.”

McCabe said the agency has been “extremely encouraged” that many states are beginning their own planning processes, and said federal officials have responded to “hundreds” of questions about the rule from states.

There have been many inquiries from states about how they can obtain an extension from the initial September 2016 deadline for submission of implementation plans, she said. Extensions until September 2018 will be offered to states that meet the EPA’s requirements on public outreach, and explain their need for an extra two years, she said.

Many states have also asked how they can qualify for the EPA’s Clean Energy Incentive Program, McCabe said. In response, the agency will post a document on its website and will hold conference calls in November and December to answer questions including how allowances would be allocated to renewable energy or energy-efficiency programs.

Asked whether the rule would survive legal challenges, since some of its components have never been tested in court, McCabe insisted that its legal basis was sound under Section 111d of the Clean Air Act.

“We laid out at great length our legal analysis of the foundation for rule,” she said. “We feel strongly that, given our authority and legal precedents under the clean air act that our application of 111D here conforms with those authorities and that legal precedent.”

In August, 15 states led by coal-rich West Virginia, filed suit asking a federal court to block the Clean Power Plan, arguing that the EPA does not have the legal authority to implement the plan.

In Pennsylvania, the Department of Environmental Protection will on Thursday evening hold the latest in a series of 14 “listening sessions” around the state to hear the views of stakeholders including business groups, nonprofits and private individuals on how to implement the plan.

Thursday’s session, at Muhlenberg College in Allentown, will seek comments on the Clean Energy Incentive Program and on the Federal Plan that is designed as a model for states to develop their own implementation plan, the DEP said.

In the rule issued on Aug. 3, the EPA tightened carbon-emission standards on existing power plants, saying they must be reduced by 32 percent from 2005 levels by 2030, or 9 percent more than the agency first proposed.

It said that states can act individually or together to meet the emissions goal, and that they can use renewables, energy efficiency, carbon capture and storage, or new nuclear power to help meet their targets. They can also use emissions-trading programs such as cap and trade, as well as demand-side energy-efficiency programs.

States are being given more time and more incentives to comply. State plans are due by September 2016 but that deadline can be extended for up to two years for states that need more time. Compliance is expected to start in 2022 – two years later than the 2020 target originally set, and will be phased in until 2030.

Pennsylvania officials have said the state will not seek to extend its deadline.