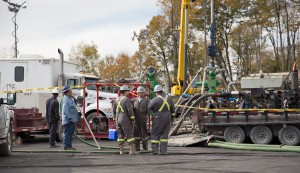 State environmental regulators are asking for comments on the final version of new oil and gas rules. The Pennsylvania Department of Environmental Protection released detailed updates to its oil and gas rules Wednesday. The proposals result from a four-year process that garnered nearly 30,000 public comments to DEP.  Still, this latest version is getting push back from both industry and environmentalists.

In a call with reporters, DEP Secretary John Quigley called the announcement a “great step forward in responsible drilling in Pennsylvania.”

“DEP’s definition of responsible drilling is protecting public health and the environment while enabling drilling to proceed,” said Quigley.

Although the release of the draft rules marks the final leg of a long process that began as a result of the passage of the state’s drilling law Act 13 in 2012, Quigley says there’s more to come.

“This is not the end of the process,” he said. “There is more study needed on additional measures, and there will be more rule making in a separate process to ensure responsible drilling and protection of communities, public health and the environment.”

The proposed rules include everything from what defines a public playground to how drillers store their waste water. Previous proposals included new regulations on noise. But the DEP has punted on that issue for now, saying more scientific study is needed. The DEP also affirmed their authority to deny drilling permits if the agency decides it would pose too much of a risk to water supplies.

When it comes to the controversial issue of waste, fracking waste water pits will be banned near well sites. Instead of on-site waste storage, drillers would have to use centralized impoundments that require thicker lining. Operators could continue to use above-ground waste water storage tanks, phasing them out over three years, or seek a new residual waste permit. DEP Deputy Secretary for oil and gas management, Scott Perry, said the agency is evaluating whether to ban open storage tanks.

Perry says the new rules would also require drillers to survey the well site area for plugged natural gas or oil wells. Previous proposals had only required reports on unplugged wells. Perry says if the agency deems the nearby oil and gas infrastructure as too much of a risk, it could deny a drilling permit.

“We wanted to make it crystal clear in the rule itself that we could act to either require modification to their monitoring plan or prevent hydraulic fracturing from occurring at all,” Perry told StateImpact.

Some environmentalists have criticized the department for not using that authority to shut down bad actors, or prevent drilling in high risk areas.

“We argued with them for years that they should be making those decisions,” said Tracy Carluccio with the Delaware Riverkeeper Network. “But it’s good that they’re recognizing this power and putting it in black and white.”

“Our concern is that these [centralized] waste water impoundments are going to continue to be open to the environment and not built to the higher standards they would be if they were classified as hazardous waste,” she said. 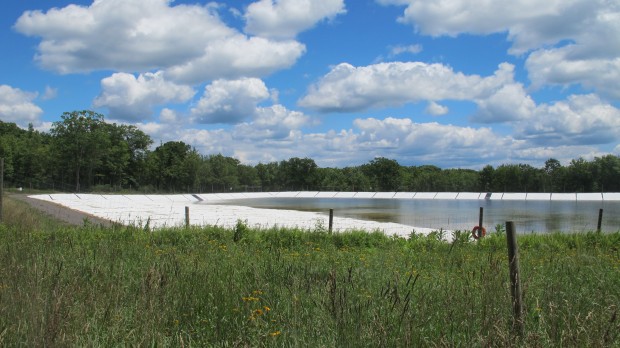 The DEP classifies oil and gas waste as “residual“, a lighter classification of waste material that includes coal ash, slag, and paint.

Secretary Quigley said the agency does have authority when it comes to regulating noise at oil and gas sites, but wants to study it further. PennFuture’s general counsel George Jugovic says that makes sense.

“The initial knee-jerk reaction could possibly be they’re not going to regulate [noise] at all,” said Jugovic. “Sometimes no regulation is better than flawed regulation.”

Jugovic says it’s not a perfect set of rules, but he wants the process to move forward.

“The regulations make a good faith effort to address some serious gaps in the regulatory regime as it exists,” Jugovic told StateImpact. “Are we entirely satisfied with every provision in the proposal? No. But on the whole it’s important that they move forward.”

But industry is unhappy with the proposals, calling the rules a “regulatory overreach,” and saying they would cost drillers too much money to implement.

“We have worked in good-faith to provide constructive comments on this proposed rule,” Spigelmyer wrote. “It’s disappointing that the Wolf administration chose to ignore comments made by the regulated community and disregarded legislative directives to do any real cost benefit analysis and engage the state’s Oil and Gas Technical Advisory Board in this process.  We stand ready to work collaboratively with all stakeholders to advance common-sense policies that work for all Pennsylvanians.”

The industry group’s spokesman, Travis Windle said its member companies estimated that the cost of compliance for the new rule would be $2 million per well.

That’s considerably higher than the DEP’s cost estimate for compliance.

But the department made substantial revisions to the rule and re-released it for public comment in 2015. Windle says that means the department should have to re-do its cost benefit analysis.

DEP spokesman Neil Shader said the department is preparing an updated cost benefit analysis, and will submit it along with the final rule to the state’s Environmental Hearing Board later this year.

Governor Wolf didn’t respond directly to the issue of compliance costs for the industry, but issued this statement in response to Spigelmyer’s comments:

“Energy development and gas production are important parts of our economy but safe-guarding the environment is also good for our citizens and our economy. These updates to Chapter 78 and 78a are commonsense changes that many in the industry have already embraced. I commend the Department of Environmental Protection for going above and beyond to increase public participation and take so much input from a diverse audience for these regulation revisions mandated by Act 13 of 2012.”

This version of the rules will be passed along to two technical advisory boards. DEP expects the rules to be finalized in the spring of 2016. Read the proposed rules in their entirety below: