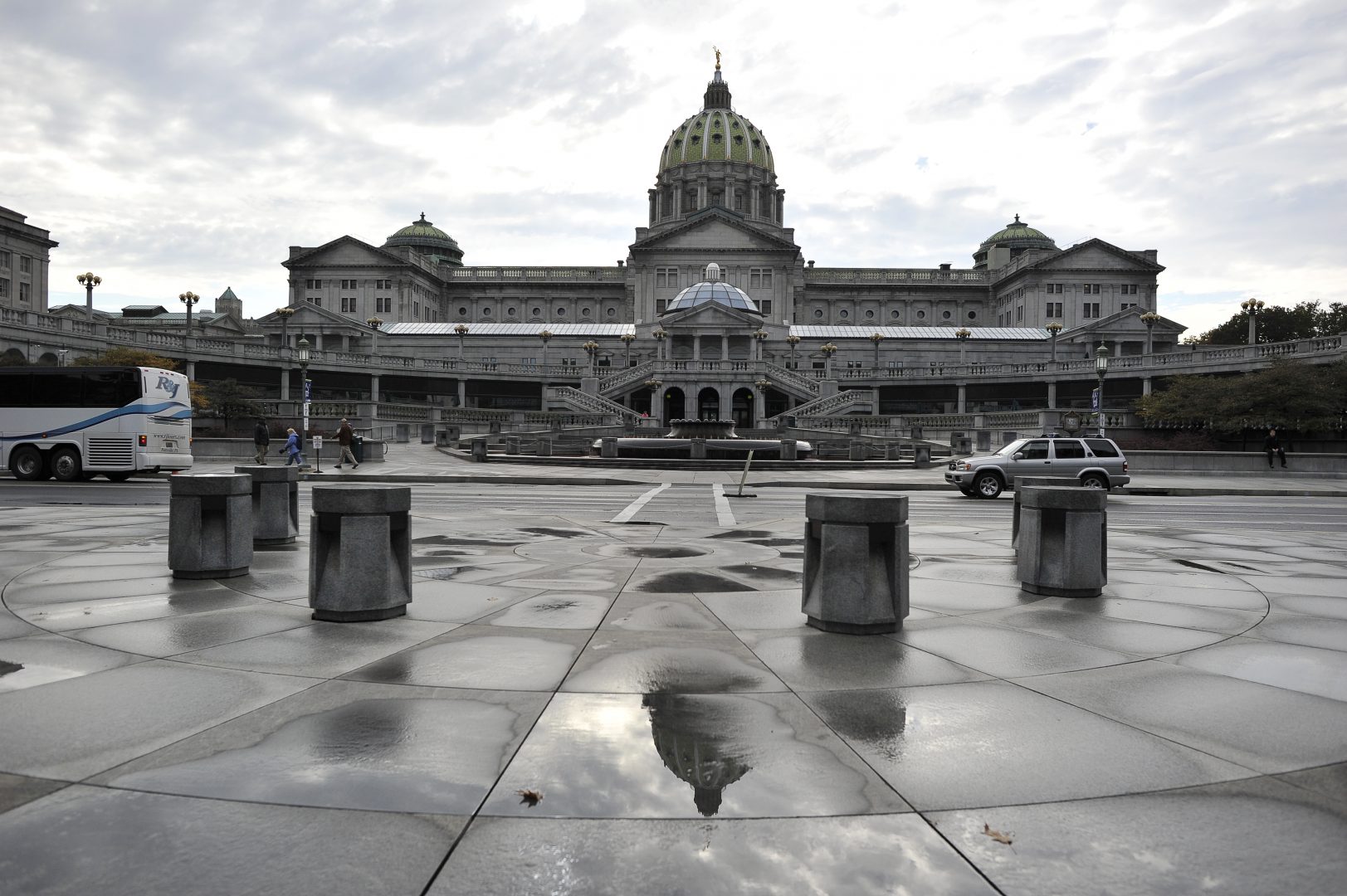 Next week, the state Senate will hold a vote on a natural gas drilling impact fee.
Top Republicans and Democrats are hashing out the measure’s final details this weekend, with the goal of introducing the new language in committee on Monday, and holding a floor vote on Tuesday.
Part one of the bill, covering environmental protection regulations, was unveiled and approved in committee earlier this week. The actual impact fee language – how much money energy companies will pay for each well, how the fee will be assessed – is still being worked on behind closed doors.
Here are four key factors to watch for next week, when the legislation becomes public:


Who Assesses The Fee?

The plan Governor Corbett unveiled earlier this month was very similar to what has become the top impact fee proposal in the General Assembly, Senate Bill 1100. Both Corbett and Senate President Pro Tem Joe Scarnati’s proposals would charge an initial $40,000-per well annual fee, which would gradually be reduced to $10,000 over time. (Scarnati initially put forward a production-based fee, but a Senate committee amended his measure in June.) When it comes to how counties and municipalities would distribute revenue, the proposals are identical.
The big difference is who assesses and collects the fee. Corbett wants the counties, not the state, to impose their own fees. Legislative reaction to the county-level plan was across-the-board negative, but Corbett has insisted a local fee is a major factor for him. (A possible factor in Corbett’s thinking: the fact Americans for Tax reform views as county-level fee as kosher, but considers a state assessment a tax increase.) Will the Senate bend to Corbett’s preference, or keep Scarnati’s initial state-level collection in place.
One barometer: the County Commissioners Association of Pennsylvania initially opposed the Corbett county-level plan, but changed its position after CCAP leaders discussed the proposal with Lieutenant Governor Jim Cawley and Corbett’s Energy Executive, Patrick Henderson.

Will Revenue Be Available Next Year?

CCAP may be OK with a county-assessed fee, but the group remains concerned about one aspect of the Corbett proposal’s language: an annual fee collection date of March 1. The late-winter date is fine in 2013 and beyond, but it creates too narrow a window for counties to draft and approve fee language in time for next year’s collection date. That means no fee money in 2012. CCAP executive director Doug Hill is calling for a first-year exemption – language creating a, say, one-time collection date of June 1 for 2012. That would give counties enough time to create a fee system without a rush, but still collect money next year.

How Bipartisan Will The Bill Be?

The amendment being drafted this weekend is a rarity, in that Democratic and Republican leaders actually are working closely to reach compromise language. The support of top Democrats is important for the GOP, because it would likely head off efforts from more liberal lawmakers to amend the measure into a broader severance tax, once the bill reaches the Senate floor.
Governor Corbett’s promise to veto any severance tax makes it very unlikely a broad tax steering money to the state government would become law. But viewing the matter politically, most Democrats and many Republicans would have a hard time voting against a severance tax amendment. That’s because next week’s vote will be the very first time a natural gas tax or fee is brought up on the Senate floor. Given voters’ widespread support for some sort of levy on gas extraction, a “no” vote on a severance amendment would serve lawmakers’ 2012 opponents a campaign issue on a silver platter – especially for Republicans representing southeastern districts.

What Happens In The House?

House Republicans haven’t been too interested in an impact fee this year. That’s due to a number of factors, including intra-caucus divisions on what sort of tax Republicans would prefer. The PA Independent delved into the GOP squabbling in a piece this week:

At times, the House GOP seems more like a dysfunctional family than a political coalition, as evidenced in the debate over the Marcellus shale impact fee.
Take the following example:
“We have an industry that is not asking for handouts, and is creating far more than a couple thousand jobs, and for some reason, people think they should have a double taxation,” Hutchinson said. “I don’t know if that’s the way to go.”
But state Rep. Thomas Murt, R-Montgomery, is leading a push to use revenue from a natural gas drilling impact fee to fund education and health programs at the state level, as well as local governments statewide.
“I was motivated not only by a desire to make sure our gas drillers pay their fair share, but to make sure this thriving industry contributes to making Pennsylvania a better place,” Murt said this week.
These two men, at least in theory, play for the same team.

How quickly will the House act on an impact fee, once it passes the Senate? That depends on a number of factors, including the amount of pressure Governor Corbett and Senate Republican leaders are willing to exert on the House. Corbett has made it clear he wants a Marcellus Shale bill on his desk this year, so you have to imagine he and his staffers will be breathing down House Majority Leader Mike Turzai’s neck, urging swift action on the measure.