Cushing, Okla., is the price settlement point for West Texas Intermediate crude on the New York Mercantile Exchange. The oil depot is also an important blending station, where crude oil from the mid-continent is mixed to the specific grades required by different refineries.

The city’s historic role in the energy industry started with booming production in Oklahoma, which peaked during World War I. By 1919 Cushing was producing 300,000 barrels a day, which amounted to 17 percent of all oil marketed in Oklahoma and about 3 percent of global production, according to Oklahoma: Where Energy Reigns, a book on the history the industry in the state published by the Oklahoma Energy Resources Board.

The concentration of production attracted investors, who added storage capacity and built refineries. The area’s oil production started drying up in the ’40s, but Cushing was left with a maze of storage tanks and an identity as the “Pipeline Crossroads of the World.”

Cushing is one of the world’s biggest oil hubs, but its network of pipelines wasn’t built for the modern market. Oil used to leave Oklahoma and head to refineries in the north, but those refineries are maxed out because of booming production in Canada and North Dakota.

There’s a glut of oil in Cushing, which is helping fuel a price gap between mid-continent oil and its competitor, the Brent Crude.  Oil producers want to move the crude south to refineries on the Gulf Coast of Texas. New pipeline projects like Keystone and Seaway — which have become political and controversial — are in the works to move Cushing’s crude south 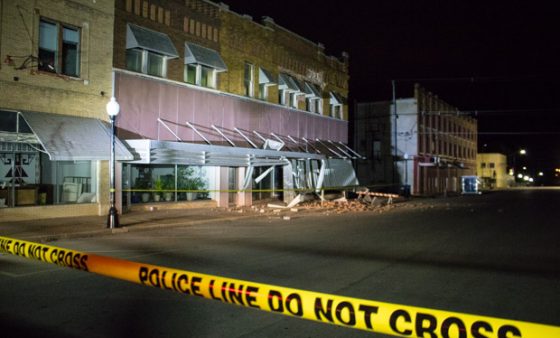 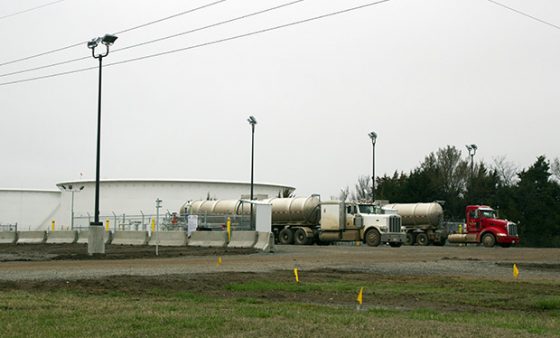 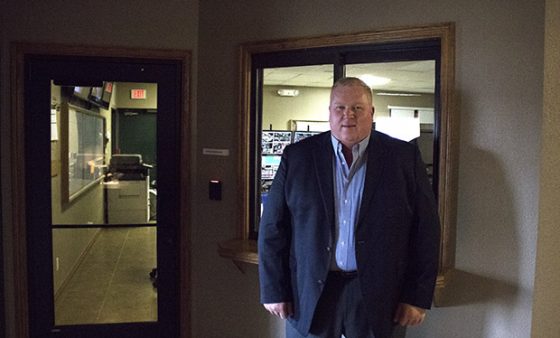 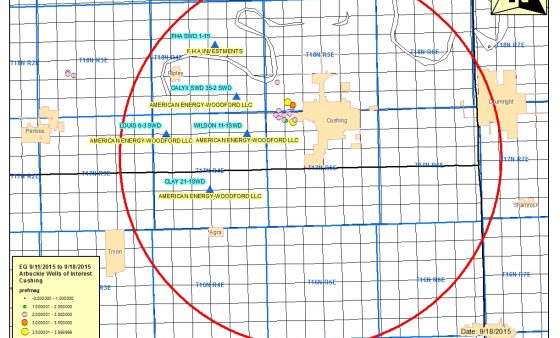 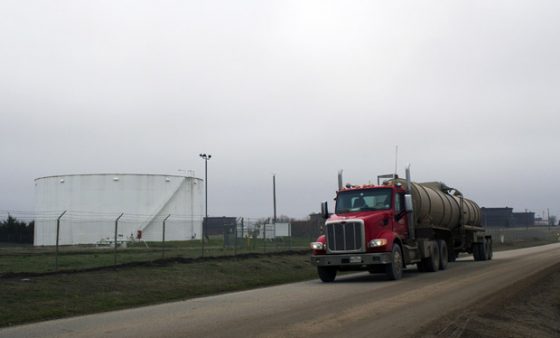 Oklahoma Running Out of Room for Oil as U.S. Hoards Crude in Cushing Hub

A booming U.S. oil industry has led to near-record amounts of oil production, which has helped drive down oil prices. The energy industry has responded by storing crude instead of selling it at discount rates. That has created a unique situation in Oklahoma, where a major oil storage hub is on track to fill up — completely. 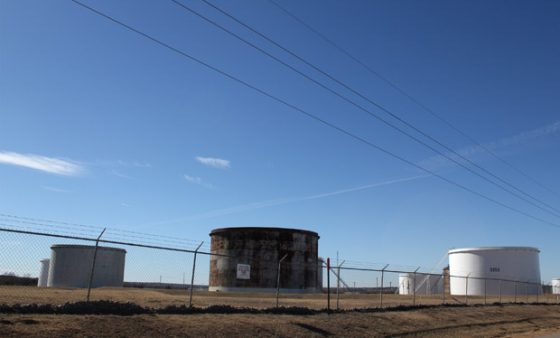 Cushing Oil Hub Will Grow With or Without Keystone XL, Pipeline Exec. Says 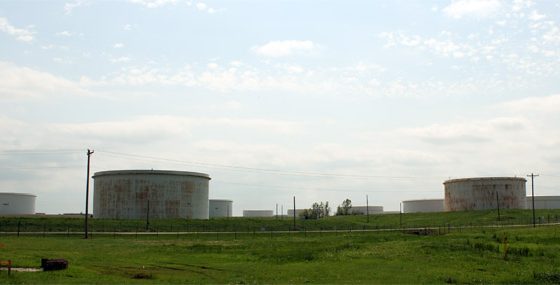 What Would Happen if an F5 Tornado Hit Oklahoma’s Cushing Oil Hub?